Things Heard & Seen Review: A Haunted House Thriller With A Lot On Its Mind 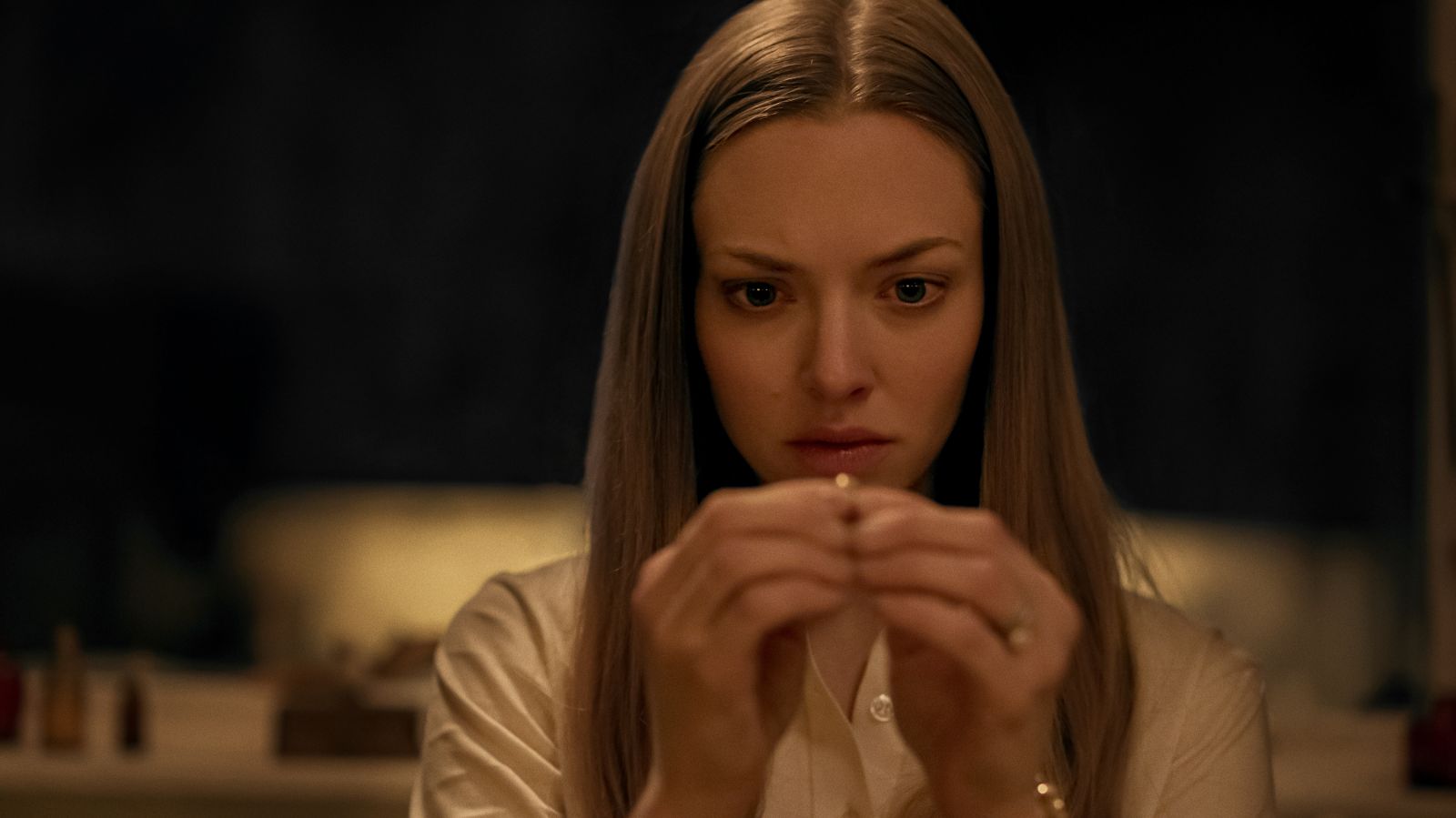 It is truly incredible how durable the “haunted house” structure has revealed itself to be over time. Case in point: Things Heard & Seen, written and directed by Robert Pulcini and Shari Springer Berman. Based on the Elizabeth Brundage novel All Things Cease To Appear and starring recent Academy Award-nominee Amanda Seyfried, this thriller emerges as an above-average genre programmer. Traditional beats are explored from a different angle, resulting in something quite memorable.

Seyfried plays Catherine Claire, a stressed wife and mother whose reluctantly chosen to leave New York City for the rural Hudson Valley for the good of her husband George’s (James Norton) teaching career. From the jump, their marriage appears fractured. Once George thrusts a big, eerie pick-me-up of a house on them, it all gets worse. At first, their young daughter (Ana Sophia Heger) starts seeing things. Soon enough, they all are.

Robert Pulcini and Shari Springer Berman made a name for themselves with American Splendor back in 2003, coming up in the world of documentary before that. Since then, the filmmaking couple has built an eclectic career, made all the more diverse with this, their first produced horror picture. That being said, motifs and character themes present in most of their work pervade here. From a mixed-media aesthetic (slide shows, worn paintings, library research) to a lead character coming to terms with their place in their own life, Things Heard & Seen offers a certain amount of depth not always present in the larger genre.

Seyfried gives an incredibly physical performance, portraying Catherine’s grief, doubt and, ultimately, suspicion with her whole entire body. As our lead character tries to fight off a bulimic disorder, George reveals himself to be a very specific, very spectacular kind of cad. Norton is given the most to do in the film, and his ham-fisted performance is the necessary narrative bridge from domestic strife to paranormal conflict.

The highlight of Things Heard & Seen by far is the location. Set in this locale about an hour or two north of Manhattan, the filmmakers perfectly encapsulate the lingering haunted-ness of the space. As someone who grew up in the Hudson Valley, I will break my first-person review rule to simply say that the filmmakers’ portrayal of “Chosen, NY” is viciously accurate. In many an exit off the Taconic State Parkway, one will find small hamlets populated by rich city-folk and less-rich locals, defined by odd cultural customs and regional legends.

As lensed by Larry Smith (Only God Forgives, Calvary), the beautiful seclusion of the outdoors is captured, while the off-kilter elements inside the central house are accented by extreme choices in focal length. Fittingly, the frame often feels either too close or too far away from its subject as tension builds. Reliable turns from a slew of great performers––including Karen Allen, Michael O’Keefe, Rhea Seehorn, James Urbaniak, Natalia Dyer, and F. Murray Abraham––help soften the edges of a rushed third act. A decent amount of well-paced build-up feels unloaded at an incredibly fast pace. It both helps and hurts. On one hand, the shift is unsettling and effective. On the other, certain character decisions play a bit jumbled and under-explored.

But still, where Things Heard & Seen is headed is worthwhile. There is much to be made here about white male exceptionalism and many a white male’s expectation of it, no matter what. About the scars this kind of selfishness leaves behind, and how ghosts can represent trauma in a wholly different kind of way. Offering plenty left to discuss and ponder by the film’s end, this is a haunted house thriller with a good deal on its mind.