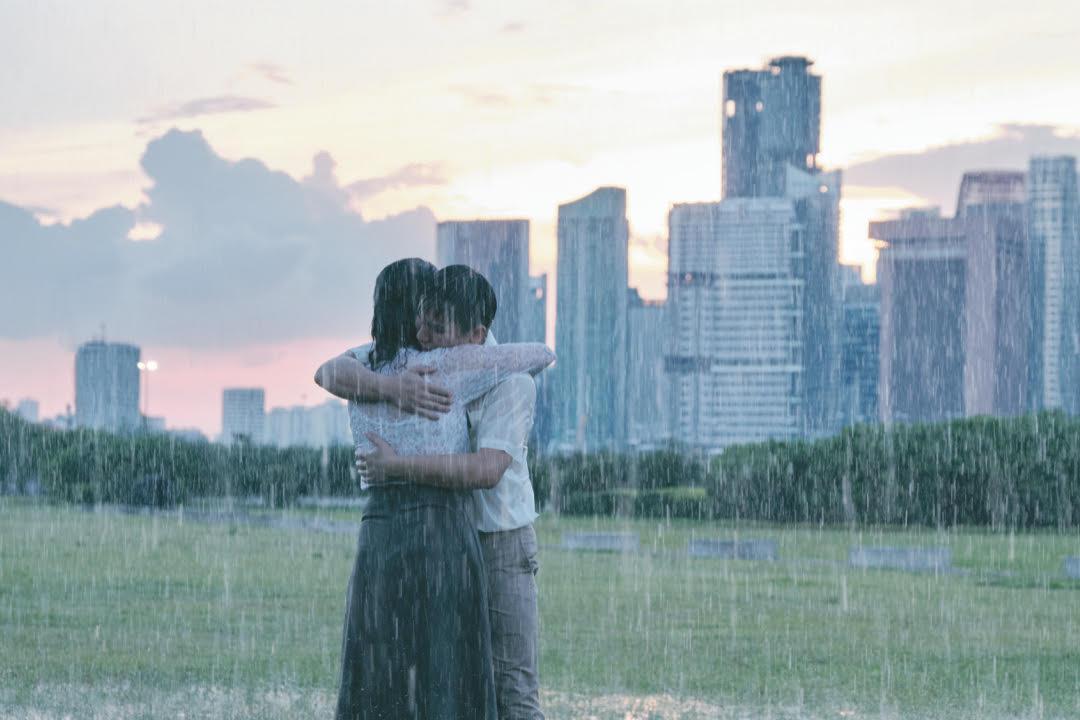 Gene Kelly likes to sing in it, Spider-Man is known to kiss in it, but moody old melodrama remains the most reliable companion to rain at the movies. This is at least evident in the new Singaporean film Wet Season, in which a foreigner who teaches Mandarin at a city high school strikes up an increasingly troublesome but mutually vital friendship with one of her students. It buckets down continuously.

Wet Season was directed by Anthony Chen, a Singaporean native who won the Camera d’Or (the award for best first feature) at the 2013 Cannes Film Festival for Ilo Ilo, a movie in which a Filipino maid becomes unlikely friends with the unruly son of the family she has been hired to work for. Chen returns to that pseudo-mother-son relationship with Wet Season and once again uses it to cast an eye on the themes of class and social prejudice that quietly gave weight to his debut.

Yeo Yann Yann (who played the mother of the family in Ilo Ilo) stars as Ling, a Malaysian-born woman–married to a Singaporean man–who teaches Mandarin. She is also struggling with fertility issues, amongst other things, and Chen opens his film with a worrying image of her isolation as Ling sits alone in the front seat of her car, fruitlessly jabbing her belly with an IVF injection. Her husband Andrew (Christopher Lee), a finance type guy, might be having an affair and seems more interested in hitting the links than offering her affection, often leaving Ling with the job of caring for his physically impaired father–who in spite of his ailment is actually a decent skin. Andrew, we can suffice, is not interested in children.

Chen doubles down on the hardship by showing Ling’s work life as being scarcely better: her students don’t respect her; nor do her colleagues, who refer to her belittlingly as “the Chinese teacher.” Enter young Weilun (Jia Ler Koh), a strapping student with as much of a crush on Jackie Chan as he appears to have on his downtrodden teacher. Chen brings them together in earnest with some innocent after school tutoring that then leads to the occasional lift home. One thing leads precariously to another.

Chen is never blatantly forthright in showing the prejudice at work in Ling’s day-today, allowing it instead to subtly seep into the film; we need only sift the tea leaves. Language, for one, is used to denote class as most of the grownups speak English to each other aside from Ling, who speaks her native tongue. She is constantly reminded that her subject is of relatively little importance to her students–a subtext of sorts that takes quiet aim at the cold cynicism of statistics-driven educational systems. There is sterility in this rainy world, Chen seems to say, and the fact that Ling and Weilun’s friendship defiantly blooms from it makes their bond easy to root for–even as it slips into dangerous territory.

Root for it as we may, there is an outward earnestness at the center of Chen’s film that, at times, veers towards schmaltz. One only need to look at the film’s title or the poster on the wall of Ling’s dining room with the Mandarin character reminding her to “Smile.” Indeed, it’s all a little on the nose but there is undeniable sweetness in the opprobrium. Come for the melodrama, stay for Weilun’s wushu practice and the nicely choreographed fight scene. (No, really.)