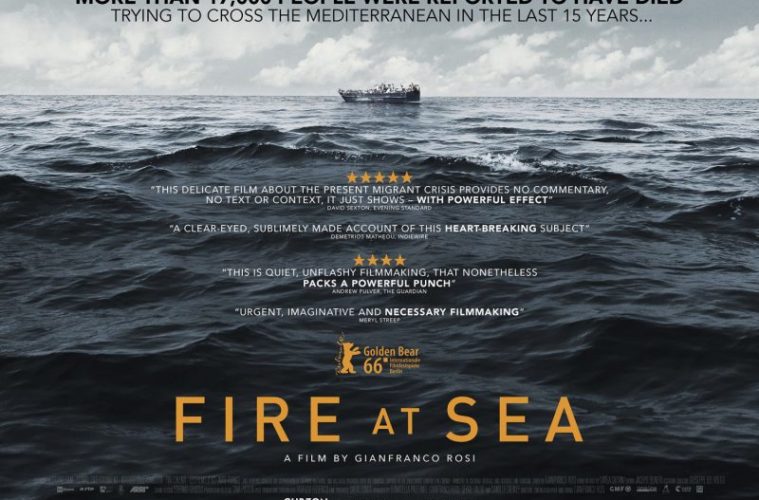 There’s a ‘Fire at Sea’ In U.S. Trailer for Italy’s Berlinale-Winning Oscar Entry

Gianfranco Rosi‘s Fire at Sea has the makings of a deeply fascinating documentary — largely because it’s in the “meta-fictional” camp that raises the antennae of many a cinephile, and reviews from Berlinale (where it topped the festival with a Golden Bear win) onward have been heavy with praise. Excepting, among some others, our own. Our complaints are legion, the worst probably being that the helmer’s “strategy […] is so ethically dubious as to border on repellent.” That would be bad enough if this film’s focus wasn’t on refugees, which only makes such a claim sound all the more unfortunate.

And sort of makes you want to see it more, right? Its selection by Italy for the foreign-language Oscar is a sign that it’ll enter a conversation before long — as is the fact that Kino Lorber have done what no distributor dares (ignore our negative review) and picked up Fire at Sea for a U.S. release later this year. It only follows that a preview has made its way out; less expected is what we have here: a rather intriguing, form-melding bit of work. Although I normally advocate not watching previews, curious or unaware parties are likely to be compelled by what’s on display here — especially when there, to my eye, exists no signal of the repellent. Further investigating is necessary and, more importantly, desired.

Samuele is twelve and lives on an island in the Mediterranean, far away from the mainland. Like all boys of his age he does not always enjoy going to school. He would much rather climb the rocks by the shore, play with his slingshot or mooch about the port. But his home is not like other islands. For years, it has been the destination of men, women and children trying to make the crossing from Africa in boats that are far too small and decrepit. The island is Lampedusa which has become a metaphor for the flight of refugees to Europe, the hopes, hardship and fate of hundreds of thousands of emigrants. These people long for peace, freedom and happiness and yet so often only their dead bodies are pulled out of the water. Thus, every day the inhabitants of Lampedusa are bearing witness to the greatest humanitarian tragedy of our times.

Fire at Sea will begin its U.S. release on October 21. More dates can be found here.