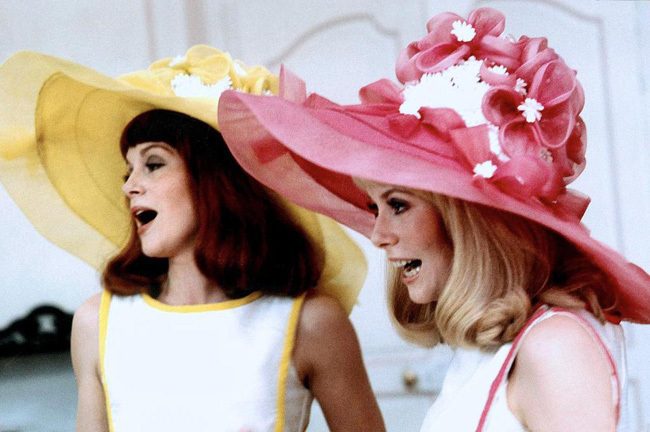 Michael Mann‘s Ali will finally get a Blu-ray release on January 17, 2017, Sony announced today, although which cuts aren’t specified yet.

Remember the late Raoul Coutard with his interview at The Guardian about the making of Breathless:

Jean-Luc fed them their lines as we were shooting and they repeated them after him. That’s why their delivery is a little jerky – there’s a slight time-lapse all the way through the film. We rehearsed the actors’ moves without their knowing what they were going to say. He wanted everything to be very fresh, so he’d just tell them what movements they had to do. For example he’d say, ‘Jean-Paul [Belmondo], at this point you light a cigarette or you go over to the phone and pick it up,’ but they’d only be given their exact dialogue as we were actually shooting. Generally we did only one take of each scene unless something went wrong, in which case we’d do a second or a third take. We didn’t shoot much footage. On a normal film you’d shoot 20,000 – 30,000 metres of footage, but on Breathless we only shot 8,000 metres.

Watch a 35-minute talk with Joel Edgerton and Ruth Negga on the making of Loving:

Film Comment‘s Violet Lucca on the state of visual effects:

ilm has always been a collaborative medium. Yet throughout its 120-plus-year history, the contributions of editors, actors, production designers, and other below-the-line talent have all too often been lumped into “the director’s vision” by audiences and critics alike. Now the question of who “authors” the final look of a film is murkier than ever. Out of habit more than out of principle, the central role of the director or cinematographer remains overstated, even as powerful VFX software has become an integral part of filmmaking. It is applied to virtually every frame of not only big-budget Hollywood pictures, as any audience member knows, but also small, talky indies and auteur-driven art films. Even most documentaries now employ VFX artists to “clean up” archival footage and tweak reenactments.