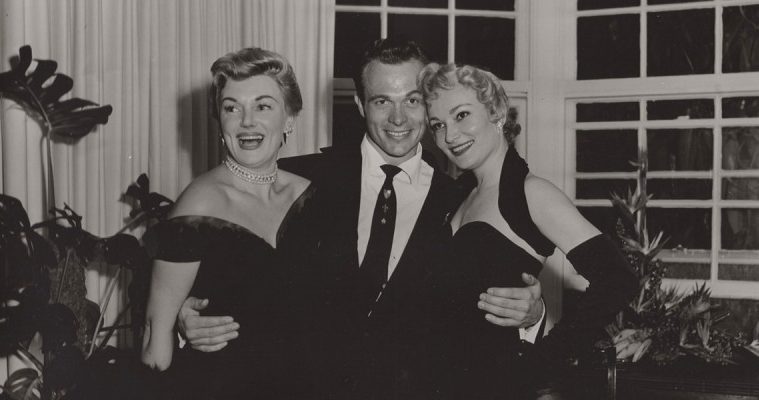 One of our favorite documentaries of last year’s TIFF, Greenwich Entertainment has released a new trailer for Scotty and the Secret History of Hollywood, the newest from documentary filmmaker Matt Tyrnauer. The film recounts journalist Scotty Bowers’ private life, and his work to indulge and connect many Hollywood stars with their at-the-time unorthodox sexual relationships.

When speaking to Entertainment Weekly about the film, Tyrnauer described his approach to the film: “I’m willing to follow the character and make a movie about what I find, so I didn’t really have a lot of preconceived notions. The one thing I didn’t want to do was an archival film about old Hollywood and their secret lives, so that was a whole point of Scotty being around and being in great shape mentally and physically. Once I’d established that, I was prepared to go down any road following him. What I found is he lives an eccentric life, but exactly the kind of eccentric life he lived was a surprise to me.”

Based around Bowers’ 2012 “tell all” book Full Service: My Adventures in Hollywood and the Secret Sex Lives of the Stars, the documentary features exclusive conversations with Bowers himself, as well as Peter Bart, Robert Hofler, William Mann, and others. Like the book, the film delves into Bowers’ service in WWII, his 1950’s Hollywood hook-ups, and his contributions to Alfred Kinsley’s studies on human sexuality.

Scotty and the Secret History of Hollywood will begin its limited theatrical run on July 27th in Los Angeles and New York City. Check out the trailer below.

Scotty and the Secret History of Hollywood is the deliciously scandalous story of ScottyBowers, a handsome ex-Marine who landed in Hollywood after World War II and became confidante, aide de camp and lover to many of Hollywood’s greatest male — and female — stars. In the 1940s and ’50s, Scotty ran a gas station in the shadow of the studio lots where he would connect his friends with actors and actresses who had to hide their true sexual identities for fear of police raids at gay bars, societal shunning and career suicide. An unsung Hollywood legend, Bowers would cater to the sexual appetites of celebrities – straight and gay – for decades.

In 2012, he finally spilled his secrets in the New York Times bestselling memoir “Full Service,” which revealed a dramatic, pre-Stonewall alternate history of Hollywood. While the studio PR machines were promoting their stars as wholesome and monogamous, Bowers was fulfilling the true desires of many of them. This cinema-vérité documentary tells his story, as well as presents eye-opening takes on icons from the Hollywood Golden Age including Cary Grant, Katharine Hepburn, Spencer Tracy, Lana Turner, Ava Gardner and many more.