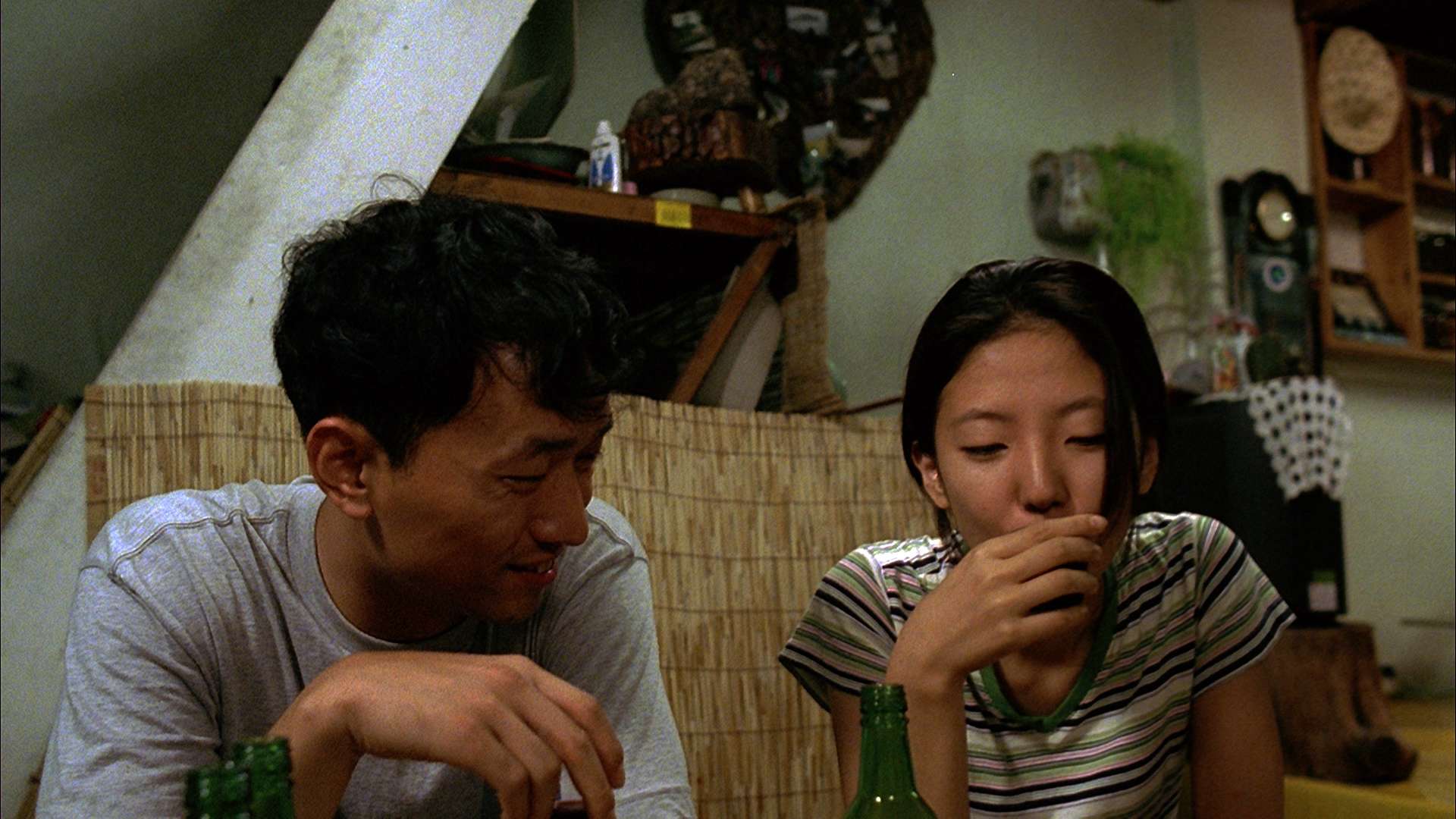 “I always make mistakes,” says the emotionally vulnerable Jinsook (Oh Yun-hong) toward the end of Hong Sangsoo’s The Power of Kangwon Province. While her confession relates to a series of messy indiscretions with dead-end men, it also sums up the cyclical calamity that has befallen most of Hong’s protagonists over the last two decades. And we can’t just blame it on the Soju.

After premiering in Un Certain Regard at the 1998 Cannes Film Festival, The Power of Kangwon Province never received a release in the United States until now, courtesy a 2K restoration presented by Grasshopper Film. Since Hong has been so prolific over the years, shifting and transforming a certain narrative construct with the ease of a master, it’s fascinating to see an early portrait of his base interests.

There are (slightly) overlapping timelines, sloppy drinking sessions, angry tirades, and subtle jealousies galore in both halves of the film. The first follows the aforementioned Jinsook, a young college student who’s had her heart broken by an older married professor. She and her two friends travel to Kangwon, an area in Northern Korea caught between the Sea of Japan and the Taebaek Mountains. They also find themselves casually ensnared by a friendly local cop (Kim Yu-seok), who treats them to dinner and drinks but obviously wants more.

If you’ve seen a Hong film you know that men are never to be fully trusted, and that’s mostly the case here. Except Jinsook seems drawn to the policeman’s overt availability, even returning to Kangwon again to meet up with him alone. The film’s opening speaks to a self-destructive streak in Hong’s characters that is born of their frustration with the world’s unfair contradictions. This is especially true when you consider the gender gap seen in the second half of this diptych.

Jinsook’s lover Sangkwon (Baek Jong-hak) goes on a similar trip to the region with a fellow academic colleague, but their experience is far more privileged. If not overtly misogynistic, the two men treat women as extensions of the natural splendor, something to complement their boy’s weekend. Sangkwon seems more upset at the working girl that ghosts them more than anything else. But a few scenes later he’s visiting a strip club, then drunkenly humping a different prostitute who hilariously hurries him along so she can “serve” more men.

More impressively, Hong taps into the emotional and sexual greed that most men are guilty of, even unknowingly. So many of Sangkwon’s experiences are dominated by the allure of infidelity, and even at a happy hour with colleagues the topic of sex comes up in predominantly male company.

There’s a dark underbelly to The Power of Kangwon Province that relates to the urges of entitled men, which as the film alludes to can become violent. Which makes Jinsook’s closing line to her impatient lover all the more devastating: “Today is not the only day.”

The Power of Kangwon Province is now available on Projectr.tv.