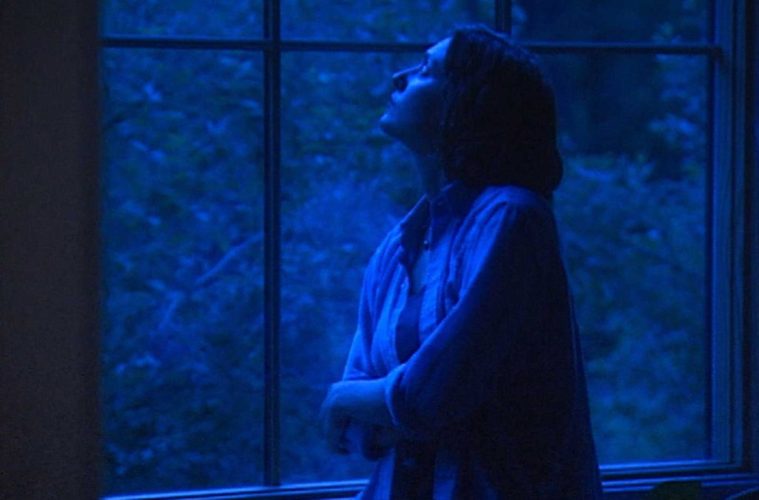 A shot in the dark I expect to prove on-target: there will be no film (commercially released) this year at all like The Plagiarists, a lo-fi comedic whatsit from director Peter Parlow (who is 100% real; don’t look any further into the issue) that ponders questions of authenticity, intelligence, ambition, race, class, and male-female relationships without twisting itself into moralizing or incoherence. Nevermind that the film’s own trailer spins it to look like so, for I assume that’s mostly as a gag–it does match the movie’s prankish energy to a T.

If such a stew of intention and execution sounds even the least bit interesting, The Plagiarists is unlikely to disappoint. We’re thus happy to premiere a clip (courtesy distributor KimStim) wherein yet another important topic (hot guys) is debated in a manner entirely emblematic of the surrounding film: cringe-inducing in a way both recognizable through the lens of a visual palette that will speak to anybody else nostalgic for late-90s and early-00s Comedy Central programming.

Said our review, “Were The Plagiarists merely this observation of liberal minds in duress it would have made for a more than enjoyable watch but with credit to Kienitz and Wilkins’ terrific script, it becomes more nuanced and haunting only after that first act. Indeed, the film’s title alludes to an encompassing obsession with authenticity–as first seen in Anna’s self doubt regarding her writing as well as in Tyler’s platitudes about the superiority of video equipment over digital. It is a mood that reaches a quietly surreal peak at around the halfway point, although to divulge any details of that sequence would simply ruin the fun. Suffice to say that the film offers something to chew on about realnessand the manner in which artists revere it. Indeed, even the echoes of Get Out in the opening moments do not go unnoticed by Parlow, who alludes to Jordan Peele’s horror smash with a line of dialogue early in the first act.”

The Plagiarists opens on June 28.