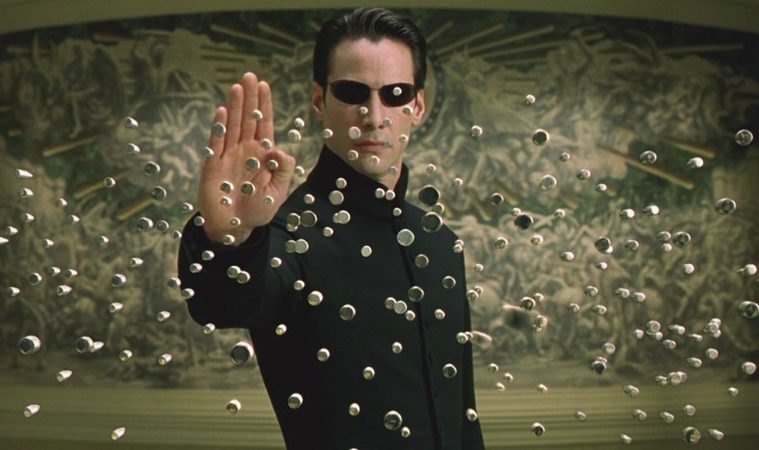 ‘The Matrix’ Reboot Becomes a Reality at Warner Bros.

If we’ve learned anything from Hollywood — especially in this century — it’s that no popular property shall be left alone. The latest victim of the blockbuster reboot machine is The Matrix, which is in the early stages of getting a franchise relaunch, according to The Hollywood Reporter.

Zak Penn, who helped Joss Whedon with the story for The Avengers and co-wrote Steven Spielberg’s upcoming sci-fi tentpole Ready Player One, is currently in talks with Warner Bros. to write the treatment for a new film. The Wachowskis are not involved at this stage, nor is producer Joel Silver, although he did approach the studio with this idea. As for a potential lead, Michael B. Jordan (Creed, Black Panther) is being eyed, but it’s far too early for any decisions regarding its ensemble.

Of course, the studio is looking to create not just one film, but a Star Wars-esque cinematic universe that will likely include many callbacks mixed in with new adventures. Yes, this is our new major-budget storytelling reality. Instead of fostering fresh ideas that may result in another original film as exhilarating as The Matrix, Hollywood must mine everything they can to appease a pre-existing fanbase.

While the Wachowskis have had their detractors, Sense8 is the most formally thrilling aesthetic work television has to offer and Cloud Atlas was a bold, ambitious experiment (a description lacking for most of today’s studio output). If they aren’t heavily involved in some capacity here, it’s difficult to feign any potential interest.

As a case study on the flipside, this is the same studio that prevented across-the-board outrage when it came to continuing the story of another sci-fi classic — Blade Runner — by bringing the talents of Denis Villeneuve and Roger Deakins on board. We have yet to see if that sequel will fulfill expectations, but the mere attachment of its creative team is a step in the right direction. At the very least, hopefully they do find promising talent behind the camera for this Matrix reboot, under the guidance of the Wachowskis. Regardless, if this goes as poorly as expected, perhaps this new development will cause a deserved re-appraisal of the sequels.