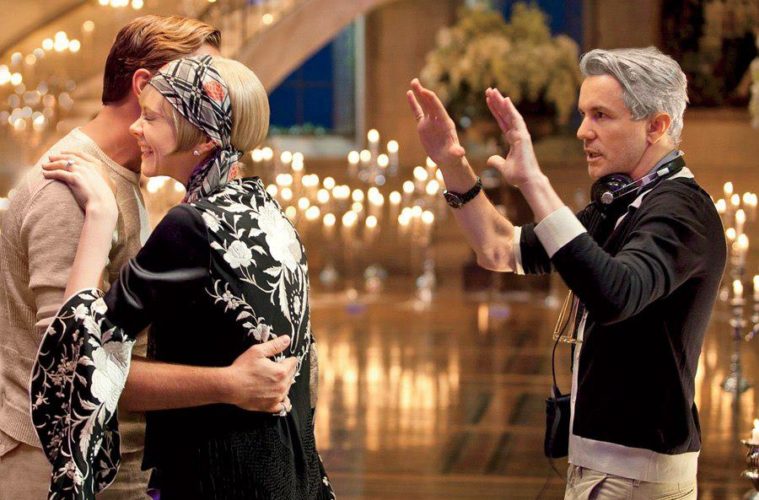 ‘The Great Gatsby’ Gets New UK Trailer, Behind the Scene Stills and Posters When it comes to the films of Baz Luhrmann, it’s impossible to deny his eye for set design. Whether you end up enjoying the final product or not, the filmmaker puts lavish detail into his productions and today we’ve got a new look at his work. Following last week’s trailer, a new, shorter UK version has also arrived with more footage and the same music from Beyoncé and André 3000, as well as Lana Del Rey and Florence + The Machine.

A batch of beautifully photographed looks inside Luhrmann’s set, these images range from the Gatsby mansion to the bedroom, along with a set of new posters, featuring Leonardo DiCaprio, Carey Mulligan, Tobey Maguire and Joel Edgerton. Check out the new trailer and posters below thanks to HeyUGuys and The Hollywood News, and the set photos from Architectural Digest, with more over on their site. Baz Luhrmann’s “The Great Gatsby” follows would-be writer Nick Carraway (Tobey Maguire) as he leaves the Midwest and comes to New York City in the spring of 1922, an era of loosening morals, glittering jazz, bootleg kings, and sky-rocketing stocks. Chasing his own American Dream, Nick lands next door to a mysterious, party-giving millionaire, Jay Gatsby (Leonardo DiCaprio), and across the bay from his cousin, Daisy (Carey Mulligan), and her philandering, blue-blooded husband, Tom Buchanan (Joel Edgerton). It is thus that Nick is drawn into the captivating world of the super rich, their illusions, loves and deceits. As Nick bears witness, within and without of the world he inhabits, he pens a tale of impossible love, incorruptible dreams and high-octane tragedy, and holds a mirror to our own modern times and struggles.

The Great Gatsby arrives on May 10th.