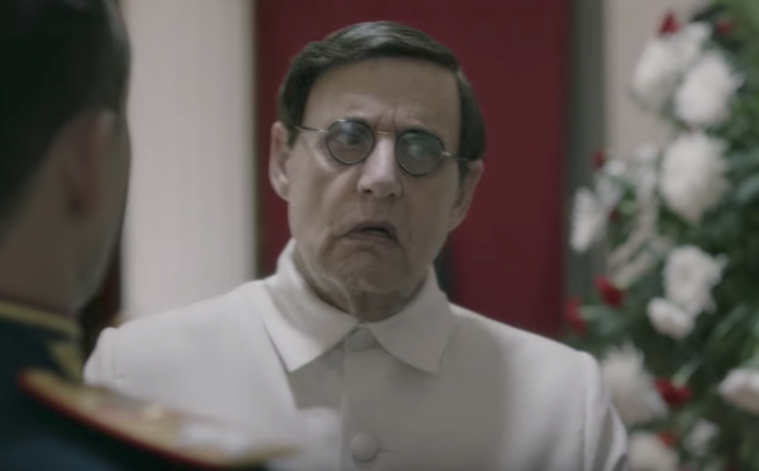 While his work on Veep led to one of the funniest shows on television, we’ve been missing Armando Iannucci’s specific brand of political humor in the cinema. He’s now finally making his In the Loop follow-up with The Death of Stalin and ahead of a fall festival premiere, the first trailer has arrived.

“A lot of it is based on true stuff, but what we’re trying to do is not just concentrate on these people. Within the story you see how their deliberations impact on people all over the empire of the Soviet Union,” Iannucci told THR. “So it’s quite an expansive, quite an ambitious scale. It’s both intimate and very, very vast at the same time.”

In the days following Stalin’s collapse, his core team of ministers tussle for control; some want positive change in the Soviet Union, others have more sinister motives. Their one common trait? They’re all just desperately trying to remain alive.

A film that combines comedy, drama, pathos and political manoeuvring, The Death of Stalin is a Quad and Main Journey production, directed by Armando Iannucci, and produced by Yann Zenou, Kevin Loader, Nicolas Duval Assakovsky, and Laurent Zeitoun. The script is written by Iannucci, David Schneider and Ian Martin, with additional material by Peter Fellows.

The Death of Stalin opens in the U.K. on October 20 and is seeking U.S. distribution.