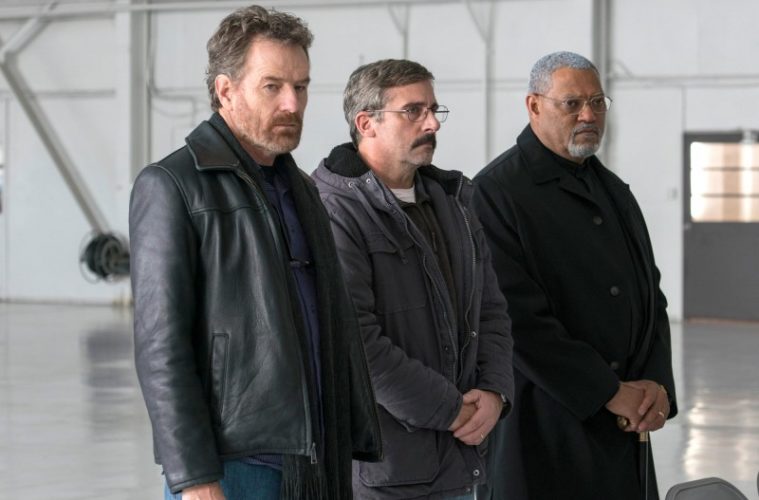 The Cinematic Kinship of Richard Linklater and Hal Ashby

The latest stage of Richard Linklater’s freewheeling career takes him back to the 1970s with Last Flag Flying, a 44-years-belated sequel to Hal Ashby’s masterpiece The Last Detail. It’s difficult to call much of anything from Linklater a surprise at this point: he seems as comfortable at the helm of a studio comedy powered by Jack Black’s manic energy as he does a decade-plus-spanning epic about the journey from childhood to adolescence. Last Flag Flying may not stand as one of Linklater’s defining works, but it does signal a kinship with the New Hollywood director, whose run from 1970-1979 was as inspired as any other from that era — before he got burned (and burned-out) and died too young at the age of 59. Ashby and Linklater have a shared ability to make a film built on discursive moments flow narratively, an affinity for counterculture movements or small communities that help define an era or place while being held outside of its mainstream, and a shared interest in people discovering themselves and finding some small measure of independence in circumstances that otherwise forbid it.

Ashby first earned acclaim as an editor on the early films of Norman Jewison (he won an Oscar for editing In the Heat of the Night), and his sense as an editor carried over into his films, which are free-flowing and loose while maintaining a sense of momentum and purpose. While many of his best films have a strong central throughline – Jack Nicholson and Otis Young taking Randy Quaid to a military prison in The Last Detail; Peter Sellers’ Chance rising to the top by accident in 1979’s Being There – they’re more notable for discursive moments that add eventually add up to a whole, something found in many of Linklater’s best works (Dazed and Confused, Before Sunset, Slacker).

The Last Detail and Shampoo follow their protagonists’ odd misadventures over the course of a short period of time, with Nicholson and company raising hell and showing Quaid’s character a good time before he heads to prison in the former, Warren Beatty embarking on trysts with a half a dozen women in the latter. Yet their digressions gradually snowball until they reach their perfectly melancholy conclusions: Nicholson and Young being forced to tackle and take in the doomed Quaid in Detail, Beatty left alone and headed unknowingly toward a darker political period in Shampoo. The already-overused term “hangout movie” is bandied about rather frequently to describe Linklater’s oeuvre. That phrase could apply, too, to Ashby to describe the surface appeal of his films and obfuscate how masterfully they hide their guidance of a viewer. Both can craft films that feel like they’re not going any place special while driving them inexorably toward more resonant conclusions.

Though Ashby’s influence isn’t mentioned nearly as frequently as that of Francis Ford Coppola’s or Martin Scorsese’s, one of his signatures permeates through the indie film landscape, particularly in Linklater’s pictures: an application of music. Ashby’s employment of the era’s sounds was revolutionary — not just for being one of the earliest examples of extensively utilizing rock ‘n’ roll not expressly written for a film, but in how he uses it to unite disparate scenes and bring out a greater level of emotion in the proceedings. One thinks of “Low Rider” in Dazed and Confused, tying together multiple conversations in different cars with the same diegetic use of music, or “Tuesday’s Gone” juxtaposing Adam Goldberg’s embarrassment over a fight with other partygoers’ eventual comedown.

Harold and Maude is perhaps Ashby’s most famous example, its use of Cat Stevens giving Bud Cort and Ruth Gordon’s friendship and eventual relationship an undercurrent that’s alternately warm, gentle, and a bit melancholy. Those pointing to Ashby’s affinity with the peace movement may cite the unsubtle but enormously effective use of “Where Do the Children Play?” as Ashby cuts from a field of flowers — all unique in their own way, as Maude points out — to a cemetery full of identical headstones, the specter of the Vietnam War hanging over them. More instructive to Ashby’s influence, however, is the climactic use of “Trouble” as Ashby cuts back and forth between Harold racing Maude to the hospital and his later drive after her death, giving the latter scene the former’s sense of urgency while also transferring a sense of finality to Maude’s death. Ashby works in a similar register with his use of music in Coming Home, wherein Tim Buckley’s “Once I Was” ties together Luke (Jon Voight) and Bob (Bruce Dern). Both are haunted by ghosts of their experiences in Vietnam, one finding a way to prevent it from happening to others, the other too lost after finding it impossible to move past.

Luke and Bob are both people who start inside a system and end up outside it – Luke’s journey is primarily off-screen, his background as a football player and gung-go military man long through by the time the officers’ wives are ignoring him and his fellow wounded veterans. We see more of Bob’s journey from believing in the war to feeling alienated from the world he’s been brought up in, traumatized from combat and rewarded despite his injury being accidentally self-inflicted. Their stories define much of the late-60s experience even as polite society aims to ignore their pain. That’s something that applies to Woody Guthrie (David Carradine) and his fellow Dust Bowl survivors and union men in 1976’s Bound for Glory, or of the Park Slope residents experiencing gentrification inThe Landlord – both groups are kept down economically and cast aside by more fortunate (and, in the case of The Landlord, whiter) members of society even as their art, their experiences will help shape the era and much of what comes after.

Linklater’s touch is less political (with exceptions such as Fast Food Nation and Last Flag Flying), but he has a similar interest in small communities and ecosystems within larger areas, be it the football players in Dazed and Confused being forced to promise not to consume booze and drugs or the dozens of oddballs in Slacker trying to find someone, anyone, to listen to their personal theories and obsessions. The sensibilities of those groups may help define the ‘70s and ‘90s, respectively, but they’re still people trying to find some sense of personal freedom and sense of self in a world they can’t fully control.

That’s ultimately the greatest overlap between these directors, whose films track a sense of self-discovery during periods of political turmoil or personal life changes. It’s what marks the stories of Randall “Pink” Floyd’s private rebellion in Dazed and Confused, Celine and Jesse’s gradual evolution in the Before trilogy, Mason and Samantha’s development in Boyhood, and even Dewey Finn growing up and finding his calling while staying true to himself in School of Rock. In Ashby’s work, a spoiled white kid planning to evict his black tenants can find his soul (The Landlord), a death-obsessed oddball can find a reason to live (Harold and Maude), a wounded veteran can find a purpose while a military housewife can find liberation and love (Coming Home), and a rich couple can find, respectively, human connection and the joy of self-pleasure (Being There).

The Last Detail, for its part, follows three men in a culture and position that necessitates conformity finding a small measure of freedom before one heads to prison and the others back to the Navy. They can’t fully connect with the blooming counterculture, and they’re ultimately stuck where they are, but that they had a moment, and that Nicholson and Young can stand up for Quaid — and prevent him from getting it worse than he’s already got — counts. It’s no wonder Linklater was attracted to a sequel. It’s the story that he and Ashby spent their careers telling.