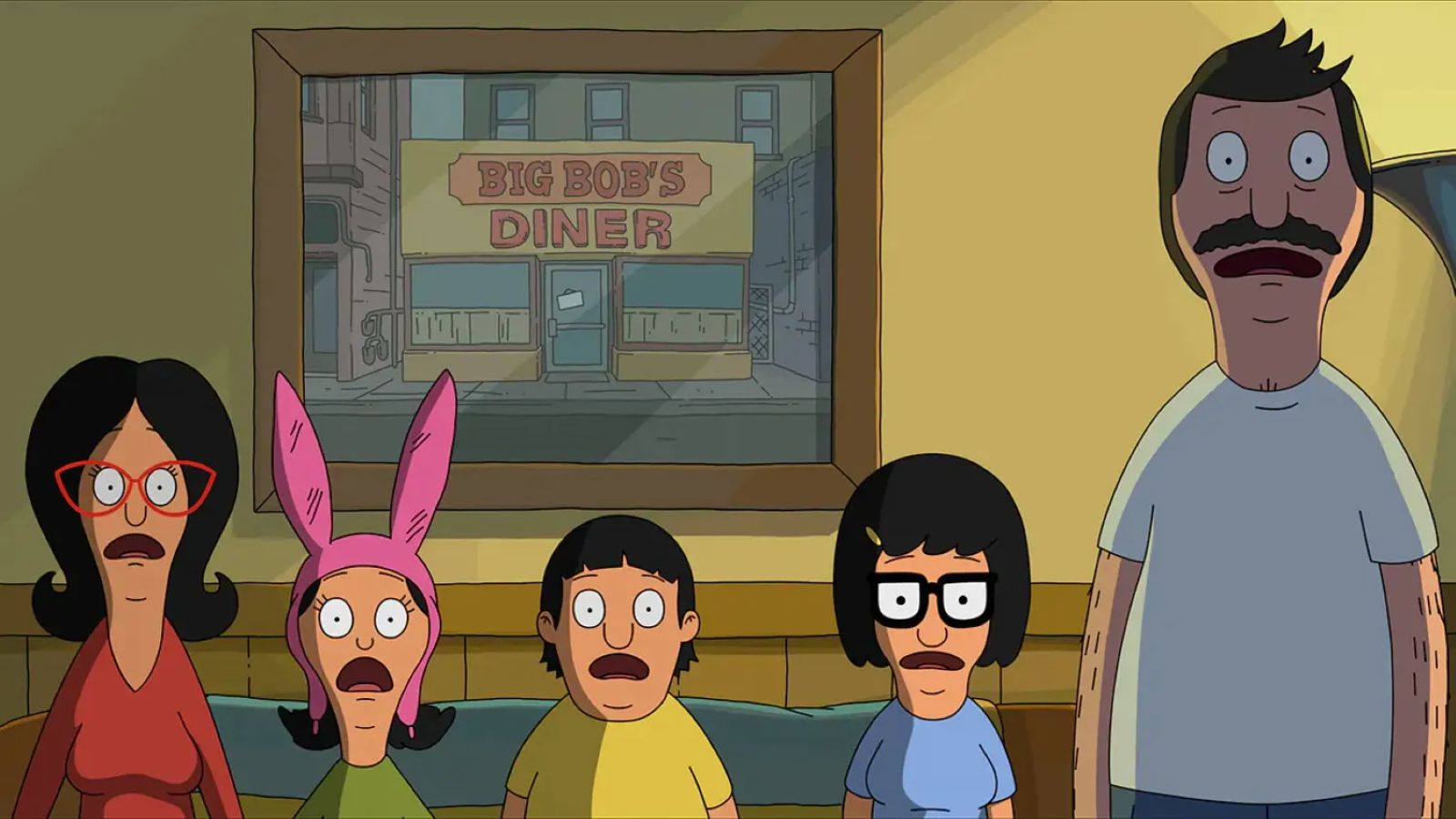 After struggling to find its footing over an initial season, Loren Bouchard’s Bob’s Burgers has become one of the most delightful half-hours on TV. Its feature-film expansion retains the series’ scope and scale and, unlike other big-screen adaptations, it resists the urge to branch out into gimmicks—no celebrity cameos, no big set pieces. That, after all, is not the Belchers’ style. A running gag is that every time they come close to success a slight mistake compounds their fate and keeps them from reaching beyond their modest but highly creative seaside burger joint.

In that spirit the film stays grounded, following the Belchers’ adventures along Ocean Avenue in the shadow of the Wonder Wharf amusement pier—perhaps inspired by some of the smaller towns along the Jersey Shore like Point Pleasant and Belmar. In this film the Belchers never even venture off to the ritzier enclaves nearby like King’s Head Island. Instead they take a minor detour to a dodgier side of town, a lively community where Wonder Wharf’s carnies make their home. But we’re getting ahead of ourselves.

Opening with notes of film noir where the only witnesses to a murder on Wonder Wharf are the prize plush toys, the film quickly advances six years, finding the Belchers in a familiar bind: the small business owners are short on cash again. The head of the household, Bob Belcher (H. Jon Benjamin), wakes up early to craft a perfect breakfast burger for their bank manager while mom Linda (Dan Mintz), ever the optimist, encourages him to keep his spirits high.

For the uninitiated: each of the Belcher kids is recognized for their unique talents or obsessions including eldest, pre-teen Tina (Dan Mintz), who is known in the series for writing “erotic friend fiction.” This summer she pledges to finally ask Jimmy Jr (the son of Bob’s restaurant rival Jimmy Pesto, also voiced by Benjamin) to be her summer boyfriend. Middle son Gene (Eugene Mirman), ever the aspiring musician, spends his summer searching for a new sound, fantasizing about taking the bandstand at Wonder Wharf’s epic Octa-Warf-Oversary advertised as “Celebrating 80 Years of This!” The youngest, Louis (Kristen Schaal), is a bit of a psychopath. Often plotting and scheming, she finds herself at a crossroads when she’s called a “baby” on the playground for wearing her bunny ears––later explained in a touching moment that I wish we had more of.

The film kicks into high gear once a sewer line ruptures in front of the restaurant as Bob and Linda are denied a loan extension. To make matters worse Louise, Tina, and Gene decide to explore the unpatched hole, where Louise discovers the skeleton of the missing carny Cotton Candy Dan. When the Belchers’ sinister landlord Calvin Fischoeder (Kevin Kline) is implicated in the murder before Bob can ask him for a rent reduction, Louis hatches a plan to clear Calvin’s name suspecting the real culprit is his younger brother Felix (Zach Galifianakis).

While mostly a delight, the energy of The Bob’s Burgers Movie starts to fizzle as the picture enters its third act and has a lot of explaining to do as Louis, Tina, and Gene channel their inner Hercule Poirot to figure out who did what and why. At that point, it’s impossible to sustain the energy, laughs, and innovation, despite a late jolt of energy. It does offer a look at the seedy underbelly of Wonder Wharf, where in the shadows of the pier’s signature attraction, the wood rollercoaster Screamicane, much more sinister things occur in the belly of Mole Hill––an attraction described as a roller coaster so mild it is recommended senior citizens and those with heart trouble.

Along the way there are a few bright detours, a separate plot set up for Bob and Linda who remain focused on keeping the doors open and a roof over their heads. With the help of Bob’s best friend and best customer handyman Teddy (Larry Murphy) they take the streets (without a permit, a call back to the show’s very first episode) and sell their burgers all over town. The stakes here aren’t any higher than they would be in a regular episode of Bob’s Burgers, truth be told.

As far as comedies go, The Bob’s Burgers Movie lands most of its zany zingers in the first act, occasionally morphing into a movie-musical mode and further exploring the inner stories of Tina, Louis, and Gene as they set out their goals for the summer, with relatable anxiety and self-doubt included. Upgrading the show’s aspect ratio to cinemascope gives us more space to notice the eccentric names of businesses in town as the adventure unfolds.

Directed by show creator Loren Bouchard with animation veteran Bernard Derriman from a script by Bouchard and Nora Smith, it’s a hard picture to dislike. The Belchers are such a purposefully weird and inclusive group; even if you haven’t seen the show you’ll feel right at home after a few minutes.

The Bob’s Burgers Movie is now in theaters.