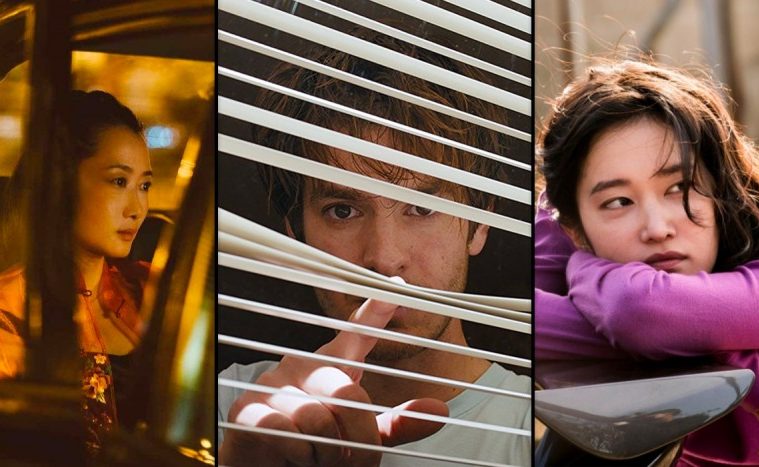 The Best Films of the 2018 Cannes Film Festival

After nearly two weeks of viewing some of the best that cinema will have to offer this year, the 71st Cannes Film Festival has concluded. With Hirokazu Kore-eda’s Shoplifters taking the top jury prize of Palme d’Or (full list of winners here), we’ve set out to wrap up our experience with our favorite films from the festival, which extends to the sidebars. Check out our Giovanni Marchini Camia and Rory O’Connor’s favorites below, followed by the rest of their reviews. One can also return in the coming months as we learn of distribution news and more related to this year’s slate.

It should go without saying that, regardless of genre, period, or just about any other contributing factor, any new release from Jia Zhangke is something with which to grapple. Last year, the New York Times ranked the writer-director’s 2013 film A Touch of Sin as the 4th best film of the 21st Century thus far. Not bad, but I reckon few would even consider it his best — it might not even make some devotees’ top 5s. When news trickled out that his latest would be based in the world of crime, you got the feeling that Jia was once again leaning towards the deathly serious, straight-faced allegories that Sin provided. What’s more, it was said that Ash is Purest White — as it has been titled for English-speaking audiences — would be his most expensive production to date and might even feature a sequence of martial arts. Just tell me where to sign. – Rory O. (full review)

Whoever it was that said a film should be expanded from a short story, not condensed from a long one, certainly had Lee Chang-dong’s ear. For his latest film the South Korean director behind such celebrated work as Poetry and Oasis has taken a short from Haruki Murakami and built on it, stretching and fleshing it out into a two-and-a-half-hour-long film. Not bad. – Rory O. (full review)

What a deft, lean storyteller this Paweł Pawlikowski has become. The five-year gap between his latest film, teasingly titled Cold War and given a berth in competition at Cannes, and Ida (which premiered in Toronto in 2013 and spent almost two years on the festival circuit) must have felt like an age. Indeed, if there’s one thing we’re never asked to endure in the Polish-born filmmaker’s work, it’s that very nuisance: time. The days and years never drag in his world; instead they seem to skip like a needle across the grooves of a battered record. Cold War depicts a sweeping romance (apparently loosely based on his parents’ relationship, a battered record indeed) that takes us through four countries and almost a decade-and-a-half. It’s 84 minutes long. – Rory O. (full review)

In the same way that keeping your top five movies on-hand can save a not-insignificant amount of time and brainpower over the course of one’s life, it’s just as useful to have an answer ready for questions such as: what makes you like movies so much, or even why are movies important? In such moments I tend to take the Ebert line that film, at its best, is an empathy machine, a way of experiencing someone else’s reality for a short while, to see how it might feel to walk in another person’s shoes. Like a widowed housewife in 1950s New England, say; or an elderly couple visiting their kids in Tokyo; or, in the case of this excellent naturalistic debut from Lukas Dhont, a 16-year-old transgender girl awaiting the operation that will complete — in her eyes — her physical transition. – Rory O. (full review)

In My Room (Ulrich Köhler)

At what point do vaguely-related surface movements form into something resembling a wave? The idea of a so-called “Berlin School” has been doing the rounds for quite a while. However, the creative output of that group of filmmakers in the last few years has been nothing short of astonishing. Christian Petzold led the way with Barbara (2012) and Phoenix (2014) but nothing could have prepared us for Maren Ade’s Toni Erdmann rocking Cannes or Valeska Grisebach’s Western doing the same last year. Petzold’s Transit divided audiences (we thought it was great) in Berlin in February and now we encounter this strange, intimate, little science-fiction film. – Rory O. (full review)

Last week we saw a film from Pawel Pawlikowski that crossed continents and spanned decades and lasted a mere 84 minutes. With the exception of a devastating climax that skips a few years, the majority of The Wild Pear Tree takes place over just a few days. It is more than twice as long, and, I would wager, has ten times as many lines of dialogue. We are being rather flippant here (it’s been a long week), especially given the fact that the director, of course, is Nuri Bilge Ceylan, hardly a filmmaker known for his concision. He is, however, responsible for Once Upon a Time in Anatolia — a work that seems, as the years glance by, to be gaining the aura of a modern classic. He also made Winter Sleep, which was even longer. It also won the Palme d’Or. – Rory O. (full review)