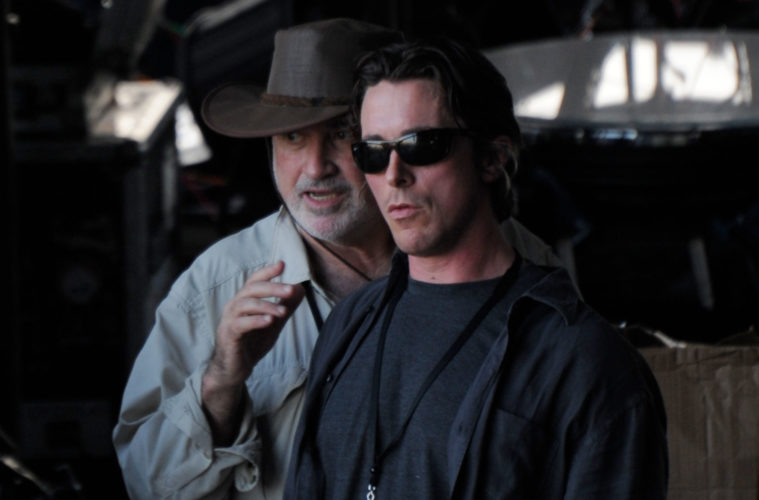 With Knight of Cups arriving on Blu-ray soon (albeit with some embarrassing cover art) and Voyage of Time finally getting a release date, the year of Terrence Malick looks to continue as promised. His other feature in the can is the Austin-set Weightless, which follows intersecting love triangles in the world of music. Today finally brings confirmation it’s complete with an official running time, rating, and cast.

Thanks to an update at the British Board of Film Classification, we know they’ve given the film a 15 rating for “infrequent strong sex” and “sex references,” which makes it likely the MPAA will slap the film with an R rating. They also note that Weightless runs 145 minutes and 45 seconds — nearly 30 minutes longer than Knight of Cups — and confirm the cast: Ryan Gosling, Christian Bale, Cate Blanchett, Rooney Mara, Haley Bennett, Natalie Portman, Michael Fassbender, Val Kilmer, Benicio Del Toro, Clifton Collins Jr., Angela Bettis, Bérénice Marlohe, Florence Welch, and Holly Hunter. If it’s like any other Malick film, we can also expect a slew of additional familiar faces to pop up.

“If you’re comparing Knight of Cups to our upcoming film, you’re correct in saying that it is going to be different and it’s going to be — it’s probably not the right word to say — evolved, but it will be a different film,” producer Ken Kao told us earlier this year. “Knight of Cups is more of a stream-of-consciousness type of film, where I think that our upcoming film is very much ingrained in the zeitgeist. It’s going to be very edgy. [It’s] not a musical, but a film grounded in the Austin music scene.”

BBFC notes a release date in the U.K. of June 24th, but considering that’s only a month away, and unless Malick is planning to pull a Beyoncé, look for an updated date in the coming months. As we await more details, check out our discussion of his latest feature below.

Update: As expected, Studio Canal have confirmed it won’t get a U.K. release until 2017. In the meantime, here’s details on the reason it was rated 15 in the U.K.:

There are infrequent scenes of strong sex, including one in which a man is seen thrusting into a woman on a table, and one in which two women kiss as one puts her hand down the other’s trousers.

Infrequent sex references include a man asking a woman whether she had an orgasm during sex with another man.

Breast nudity occurs during a sequence in which a band plays music as topless women dance around them.

There are infrequent oblique drug references as some characters attempt to purchase an unnamed drug.