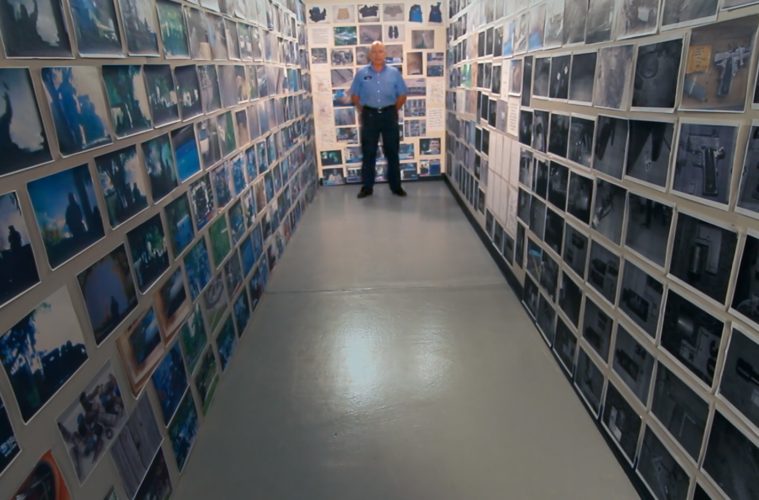 We all like to trust in law enforcement and the justice system, but when it comes to the police of our municipalities it has become increasingly evident that something isn’t right. Violence has escalated, specifically with police-involved shootings where it appears from an outside perspective that our men and women in blue are the actual aggressors. This, of course, is a position that is vehemently defended by the police officers and many others that feel you have to do something wrong to be in their sights to begin with. Police have long been deified, and in many cases it is a righteous and heroic job. But Peace Officer makes strides against the grain to show that increasingly, police are at the root of the violence and it stems not just from individual actions but instead the training and the systems in place. The militarization of police is gaining national spotlight and now, more than ever, we need a documentary like this to pull back the curtain on what is going on in communities of every kind.

Instead of focusing on the largest hot-button issue now, race in relation to policing, directors Brad Barber and Scott Christopherson take a different tact. What truly separates Peace Officer from the average documentary is that it not only takes on a compelling subject matter, but it uses William “Dub” Lawrence as the fascinating linchpin of the entire film. Dub becomes the level-headed investigator for both the police and the victims. Considering it was Dub that approached directors Brad Barber and Scott Christopherson it isn’t surprising they decided to use him as the compelling centerpiece. Lawrence’s history is particularly fascinating. In 1974, he became Sheriff of Davis County, Utah and served the public for years to come. Just a few years later we formed the county’s SWAT unit that would decades later kill his own son-in-law.

Though retired from the force, Dub has maintained a level of expertise in investigation and his pursuit for revealing the truth guides him on his journey. Using his years of experience Dub is able to reconstruct through the video captured from news stations, the police radio chatter, and testimony from the officers themselves what actually happened when his son was killed by SWAT officers, despite the fact that he wasn’t threatening anyone else but himself with harm after a domestic abuse call. Again and again we see that police defend their actions of what occurs and rarely, if ever, is any wrongdoing ever punished from within the police force itself.

While the initial investigation and first part of the documentary focuses on the case of Dub’s son-in-law, it also shows this charismatic man investigate many other cases of abuse of force by SWAT teams in Utah. In one case we see leaked police cam footage of a warrant raid–something SWAT teams are increasingly used to serve in the dead of night–and what happens when a man appears in the hallway brandishing a golf club in what looks to be an act of self defense. He is shot dead, immediately, and we start to see a pattern where SWAT take lethal action first and ask later.

In the case of announcing themselves before raiding a home it becomes problematic, as it often happens in the dead of night, without sirens or lights, and the officers themselves are typically decked out in tactical gear instead of a traditional police uniform. Additionally, they simply bang on a front door, announce they are police, and then proceed to break into the home. It seems reasonable that many, woken up in the middle of the night to loud bangs and then the breaking of a front or entry door, would think they might be under attack. That is exactly what happens in another case Dub investigates where a former vet has a deadly shoot-out with a SWAT team working off of a tip about him growing marijuana.

These are mostly military style tactics that the SWAT teams are utilizing and through various talking head interviews and news reports we see reports on the increasing militarization of our police force. The directors to do an admirable job in talking with both sides of the story and even get some officers and commanders to talk on camera. However, we see them talk boldly about their actions and claim things that Dub and his investigations, which are held up in court, find to be false.

Police are here to protect and serve the community, but increasingly, with raid after raid and numerous cases of police overreach and violence, we begin to see a clear picture form of citizens fearing the very people charged with protecting them. This becomes volatile in any situation, no matter gender, race, or socioeconomic status. We all want the people protecting us to be safe and able to go home to their loved ones. But at what point do we have to stop and wonder about the tactics and methodology our police force are using and look at them honestly? Now is a good time to start and Peace Officer paints an informative and fairly balanced portrayal of an issue that is more relevant now than ever before.

Peace Officer premiered at SXSW and opens on September 18th.