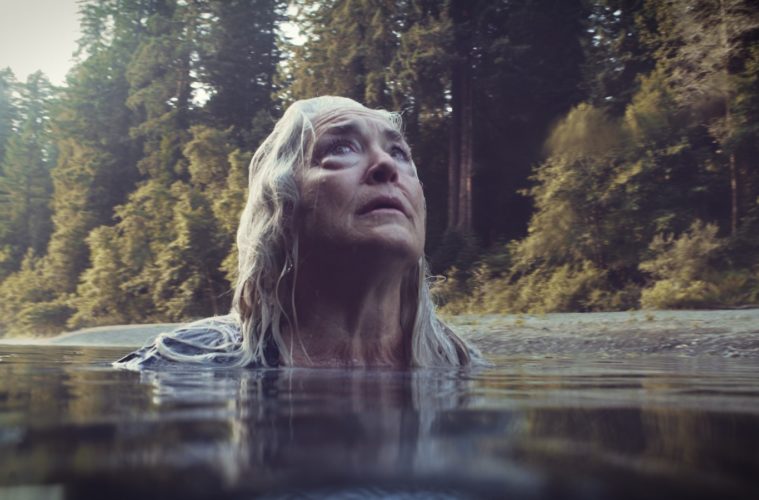 Capturing the rhythms of life on a rural Humble County, California commune in a changing cultural landscape, Kate McLean and Mario Furloni’s beautifully crafted Freeland is a restrained, nuanced drama centered around a quietly thrilling performance by Krisha Fairchild as aging hippie Devi. Devi built Freeland, a sanctuary that has survived by shipping its products throughout the North East. Life on the farm, here with young people including the enterprising de facto leader of her team Josh (Frank Mosley), is perhaps as simple as it ever was as their evenings are spent joking around a communal dinner table. The group, mostly young and likely around the same age as Devi when she arrived in Freeland, have taken time away from their lives to work the land. Devi, despite her age and experience, has simply never chosen to move on to a house in the suburbs.

Making a living from the land proves to be challenging when the country threatens to shut the operation down. She seeks the counsel of growers making product for the trendy CBD movement and is shutdown. She never had the paperwork nor the financial backing to compete with the large hydroponic operations legal marketplace. She is a relic of an era and way of life that has big business interested in co-opting.

Recalling the documentary work of Robb Moss (Riverdogs and The Same River Twice), the film wonderfully internalizes Devi’s emotional landscape with experimental home movie flashbacks to Freeland in its glory days. This is when she first arrived with partner Ray (John Craven), who helps her name and brand her latest harvest. The film’s first two acts combine a natural leisurely pace filled with the rhythms of life when business partners and employees become family. There are a few hints of more menacing tones, foreshadowing a third act that potentially moves the picture into a somewhat darker territory as Devi finds herself losing control of this way of life. Perhaps a more subtle, restrained approach would have been more appropriate but one has to wonder what exactly Devi must have done to keep Freeland operational.

A few missteps aside, Freeland is an occasionally intoxicating film as co-director and cinematographer Mario Furloni’s camera captures the landscape, sunsets, and the fog of the Pacific Northwest with a stunning eye. Despite a few false beats involving Josh, an enterprising hand around the farm that wishes to be a business partner and is willing to do nearly anything for the opportunity, Freeland works best when capturing Devi’s internal state. A moment later in the picture when Devi finds herself overwhelmed by the entrepreneurs of “Cannabusiness” is heartbreaking enough without the picture inching itself towards becoming a thriller.

Freeland was set to premiere at SXSW.