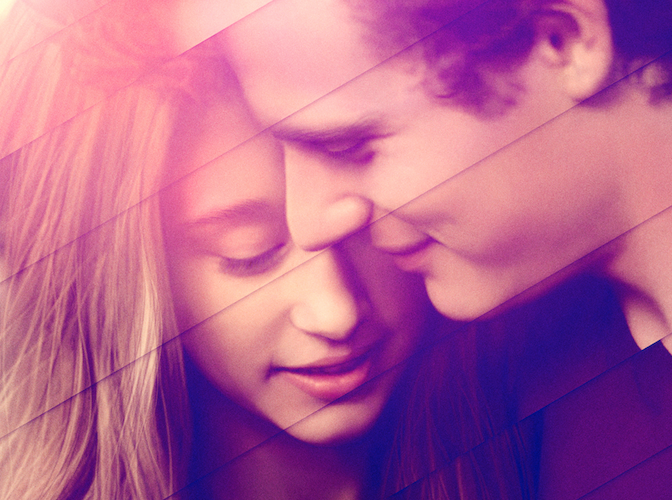 The euphoria and anguish of first love has been captured in countless films, but few do it with the level of raw authenticity and intimacy as found in Hannah Fidell‘s latest feature. 6 Years, which seemingly takes place over the course of only a few weeks, tracks a climactic point in the relationship of Dan (Ben Rosenfield) and Melanie (Taissa Farmiga), childhood friends who have been dating for a half-dozen years and are forced to confront major changes as college winds down and their future options open up.

While the first moments of the film display the height of their passion, the love shared between Dan and Melanie can be volatile. As they party with their friends one night, Dan leaves early to attend a concert for his local record label where he interns, while Melanie stays behind. Embodying a care-free attitude, she drunk drives to Dan’s apartment many hours later, where he urges her to stay there after a confrontation. Lashing out, she knocks him over, causing his head to bleed and a necessary trip to the hospital. This potent early scene becomes the beginning of an unraveling of pent-up frustration caused by the slow realization of their relationship’s inevitable changes. Nearly completely improvised based on a loose, image-filled treatment from Fidell, 6 Years takes a complex look at that difficult moment in every relationship: should we stay together or can we move on without one another? For Dan and Melanie, who have only been with each other, the question holds perhaps greater weight than the average relationship, considering their long-standing bond at odds with their enticing prospects. Dan, who forms a tempestuous attachment with his co-worker Amanda (Lindsay Burdge), contemplates the work opportunity he’s been waiting for, one which would set him apart from Melanie, who is on a path to become a teacher.

Rosenfield and Farmiga both give emotionally raw, bare-all performances with genuine chemistry in both their quarrels and moments of deep affection. For such a emotionally resonant exploration of young love, however, Fidell unfortunately seems to skip a few key moments in this snapshot of their relationship. As their attachment becomes strained and dissonance occurs, there’s a hurried feel to the major developments in their respective lives, which is regrettable for a film running only 80 minutes. Despite the frustration for desired, fleshed-out arcs for our lead characters, the free-form, beautiful cinematography from Andrew Droz Palermo doesn’t offer any other option than to be absorbed in each step of their journey.

Reminiscent of the Sundance hit Like Crazy in style and themes (and not just because of Rosenfield’s physical similarities to Anton Yelchin), 6 Years is a more accomplished work, one which manages to grip from the first scene as we witness the potential collapse of commitment, despite an authentic bond of love. Ending on the perfect note, despite a few missteps along the way, this is a drama that doesn’t offer up any easy answers for a crucial moment in one’s life, and it’s all the better for it.

6 Years premiered at SXSW Film Festival and will arrive on VOD on August 18th.