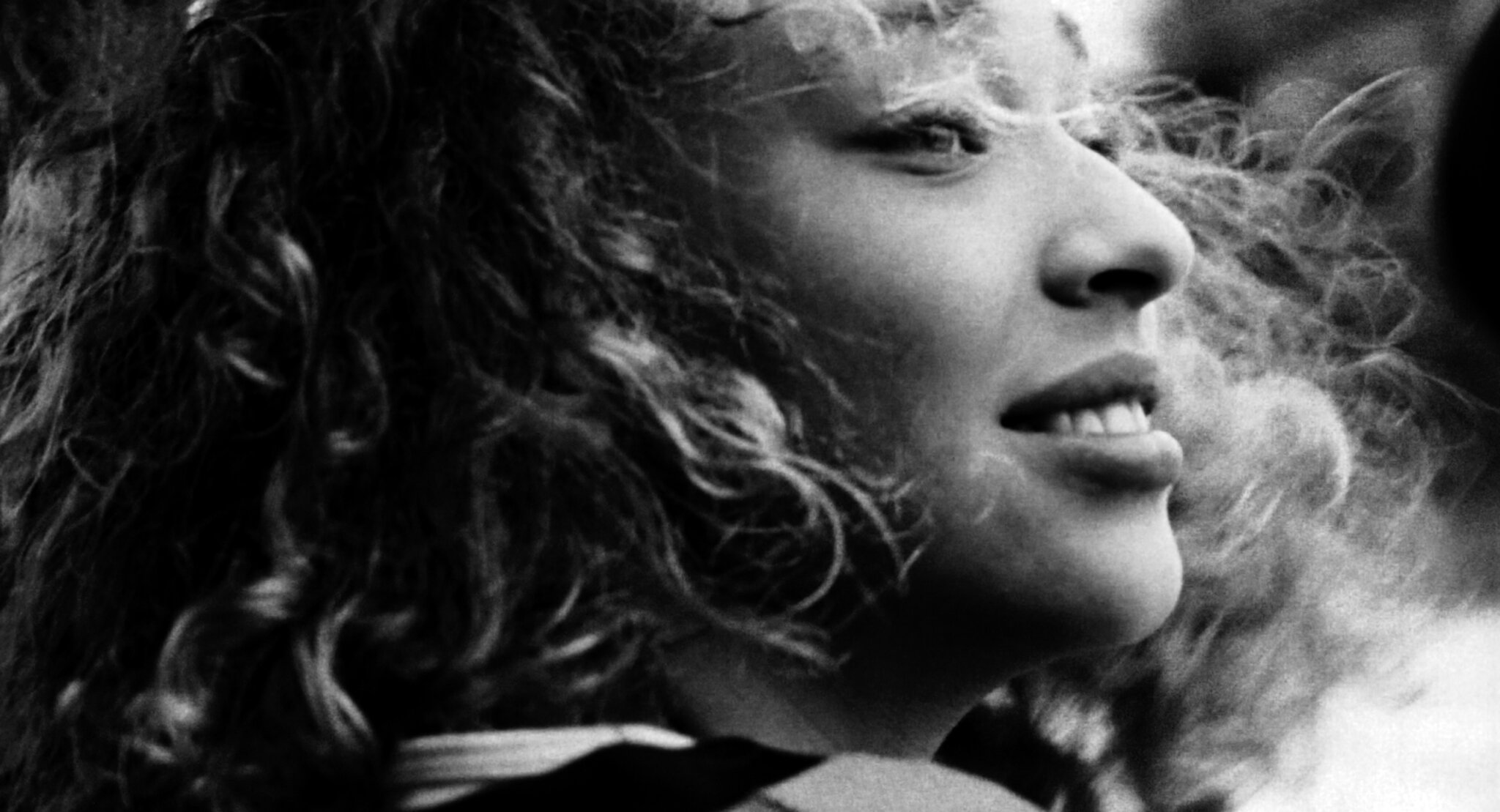 Alexandre Rockwell’s Sweet Thing could be pulled from any era. Shot in striking 16mm black-and-white, the coming-of-age film—Rockwell’s first feature since 2013—is an intimate story about childhood, connection, freedom, and the stories we tell ourselves to survive. Starring Rockwell’s own children Lana and Nico as, respectively, Billie and Nico, Sweet Thing keeps its lens on two children maturing before they should and forced into situations of adulthood.

Billie and Nico live with their alcoholic father (a tremendous WIll Patton). They see their mother (Rockwell’s wife Karyn Parsons) sparingly, as she’ll even brush them aside on Christmas. They bounce around life, taking care of their parents and each other, Billie shouldering the majority of that load and the excessive brunt of the consequences. Each scene exists through the eyes of Billie and Nico, almost moving in slow motion, the utter smallness and closeness of their lives on display.

A gift from Billie’s father, a ukulele, is at once a sign of change and an understanding of the cycle of abuse—it’s immediately broken while her father cuts off half of her curly hair. He acts as Santa outside of a store, while she plays Santa for the whole family, giving gifts and consuming the milk and cookies Nico left out in a tangible example of her maternity. When their father goes to rehab, the kids are shipped to live with their mother and her boyfriend, being sexually, physically, and verbally abused, caught in a rhythm of abuse and silence. With absent parents, Billie and Nico live for one another without the freedom of childhood.

Though often heartbreaking, Sweet Thing shifts when the kids meet Malik (Jabari Watkins), a local kid who’s also been a punching bag for those who created him, disappointed in a constant fashion, left to his own devices. He flashes a smile that breathes warmth into the film, saving them from their mother’s boyfriend and beginning to travel with them. The three concoct fantasies to get through each day, calling themselves “outlaws and renegades,” on the run from everyone and everything that has hurt them. Billie cannot stop imagining Billie Holliday, after whom she was named, a guardian angel that comforts her during times of distress that are more common than not.

Rockwell’s film is utterly gorgeous, creating a timeless texture in which these kids play—teaching one another to hotwire cars, swim, and sing songs like “Sweet Thing” by Van Morrison, with which Billie soothes Malik and Nico throughout their adventures. And adventures they have for likely the first time in their lives, living without the alcoholism and abuse of their parents to push them towards pain. They find the connection they’ve been craving, and Rockwell’s ability to pacify these intense situations deserves to be noted. Despite the pain we just witnessed, there’s a new sense of peace and joy—unabashed fun as the film literally speeds up, moving in fast-motion with dialogue appearing onscreen. It’s as if they have the power now. Even if it’s only for a moment, the impact is undeniable; these kids’ smiles have the power to change the entire tone of the film from melancholy to pure happiness.

Overflowing with nostalgia and sentimentality, Sweet Thing shines because the relationships are real. Lana and Nico Rockwell both give performances tied to one another, Lana breaking your heart and building it back up with something as simple as a flash seen in her eyes. She’s tremendous as the motherly force, surviving on a line between adolescence and adulthood. The love within Sweet Thing is real; the connections never seem faked, even with Patton’s incredible performance as the imbalanced, broken father leaving you sympathetic and angry towards him. Watkins brings it together as a spark, the bliss that can occur without the problems of your parents living in your shadow, even if he’s just as broken as everyone else.

Still, these kids continue to run, and once they’re forced to halt, the devastation’s almost unbearable. A surreal film comes to a too-realistic finish, but the second-act romps aren’t forgotten, giving these young people an opportunity to look back fondly on memories instead of forcing themselves to forget the trauma of their childhoods. Sweet Thing could only be more personal if Rockwell himself was in it, but it remains a drama filled with wonder, containing magic that can only pop up when you’re in your teens. Surely one of the most caring, tender films of the last year, Sweet Thing uses the framing of Morrison’s song, Billie Holiday’s presence, and real-life family to provide a story that could be from 2020 or 1990, having the same emotional resonance regardless of what generation the viewer belongs to.

Sweet Thing is now in theaters and Virtual Cinemas.