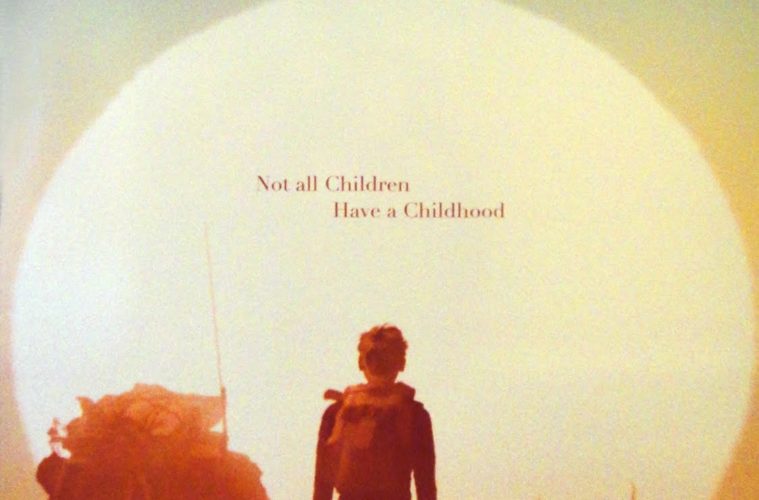 Young Ones, from writer/director Jake Paltrow, opens with a bang, and spends the rest of the time trying to live up to its promise of smart and entertaining science fiction. Set in a future dystopia where water is near-extinct, a recovering alcoholic named Ernest Holm (Michael Shannon) is trying to survive on top of dry crops. His son, Jerome (Kodi Smit-McPhee), is his partner, while his daughter, Mary (Elle Fanning), wears a permanent scowl on her face. She’s got a crush on rebel Flem Lever (Nicholas Hoult), wayward son of the local fat cat.

Breaking his story into three separate chapters, Paltrow seems determined to build a sci-fi epic with a focus on environmental politics. Shannon is in top form here, playing the sort of noble tragic hero we love to root for and hate to see fail. Cinematographer Giles Nuttgens creates a plain, dry, piercing aesthetic that works well against Shannon’s rough-and-tumble facial features. It’s in the second chapter, led by Flem, that we see Paltrow’s reach begin to exceed his grasp. Though Hoult is doing very good work, some of the smarter ideas at play are simplified for the sake of plot convenience, with Fanning sadly underused throughout the proceedings and consistently denied a true, meaningful character arc. Still, the grander themes play well from start to finish, greatly aided by a fantastically country-fried, John Williams-esque score from Nathan Johnson. The economy of supply-and-demand reveals itself to be the king of this dry land, Flem emerging as a young hot-shot with just enough evil in his heart to make the tough decisions required for success.

The final chapter introduces Jerome as our potential hero, working hard to fit him into the film’s overall path of righteousness, where boys can learn to become better men than their fathers. In trying to put a bow on this message, this last segment devolves into the weakest link of the trio. Still, we are engaged enough in the characters Shannon and Hoult have built that conclusion does matter.

Young Ones may be a somewhat derivative piece of work (from Stagecoach to The Road Warrior, the homage bleeds on the screen), but there’s more than enough originality on display to wet the beaks of sci-fi and western fans alike. Consider the moment where Mary is washing dishes after dinner, using sand, or the competitive on-site auction of a worker-bee robot that evolves into one of the film’s main players. These are true moments happening within Paltrow’s world, and though the final notes may underwhelm, Young Ones achieves that rare balance of intelligent entertainment in the movies.

Young Ones premiered at Sundance Film Festival 2014. One can see our full coverage of the festival below.