Sundance Review: The Truffle Hunters is a Stately, Charming Look into an Age-Old Tradition 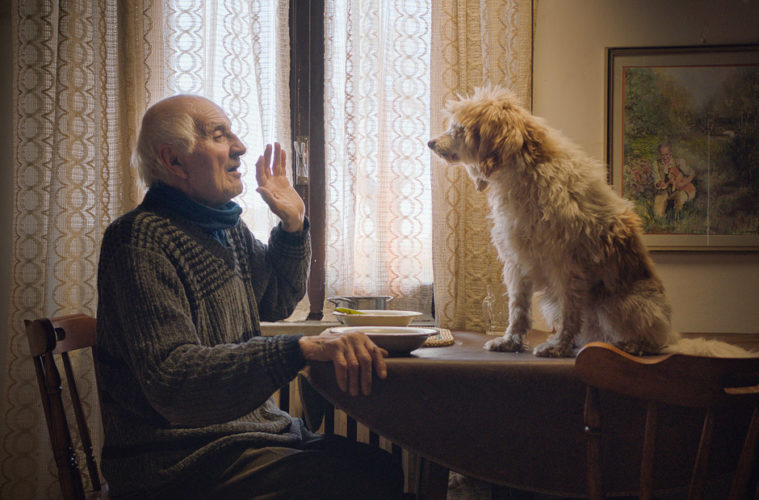 “If you’re not picky, you can eat them on anything.” So says one of the elite group of experienced, elder Italian truffle hunters portrayed in Michael Dweck and Gregory Kershaw’s stately, charming new documentary, regarding their prized possessions. The only issue is these delicacies from the ground are impossible to find without knowledge, skill, and a trusted dog. And when they are miraculously discovered, they go for an incredible amount of money. The Truffle Hunters explores this age-old tradition of culinary treasure-hunting and the clash of passion and commerce around such a specific way of life. Executive produced by Luca Guadagnino, it’s also far from your standard documentary in terms of the picturesque approach in which we meticulously enter this Northern Italy milieu.

Rather than opting for talking-head interviews or an off-the-cuff, handheld journey into this insular community, we witness the intricacies of this hyper-specific world in a series of beautiful, wide-screen tableaux. Reminiscent of the Qatar-set documentary The Challenge in style, each shot is meant to provide a window in a world most of us likely know very little about. Our subjects are carefully framed and details are not conveyed through title cards or additional onscreen text, rather only unveiled in the unprompted action unfolding in front of us regarding what they choose to say or do. And like Yuri Ancarani’s aforementioned look into a life of luxury–which diverted in style when the camera finds itself on the head of a falcon–one of the only times this film breaks form is when we get a GoPro-style camera attached to the head of one of our adorable truffle-hunting dogs when he’s on the run.

In diving into the ecosystem of truffle hunting, one thing is made clear from the start: the bond between human and canine is a sacred one. For one truffle hunter, he exclaims how he doesn’t need a wife. His dog, who finishes his meals and to whom he endlessly says everything on his mind, is his sole companion. “If my dog dies, I’ll die too,” says another. These tender, abiding relationships are simply too good for this Earth and to see them all of their glory feels like a glimpse into a heavenly realm. From out in the forest to bathtubs to birthday cakes, we see just how essential and eternal this bond is. While a dog will sniff out the truffles, when they start digging through the dirt, it’s imperative their master comes in to take over the rest. Considering the largest of these truffles can go for hundreds of thousands of dollars, a few scratches on it could mean quite the difference.

Comparisons to last year’s stellar Honeyland have already bubbled up and are certainly warranted, even if the life of the truffle hunter here isn’t filled with quite as much hardship. The shared bond of these films relates to seeing how capitalism runs rampant to change the very fabric of an industry for the worst. As we see the lengths others go to hurt the competition–with one terrible act bringing a truffle hunter to tears–it’s heartbreaking but easy to understand why some of these men are walking away from the craft that defined their lives. Too many people have now entered the game who simply want money. They don’t value the harmony with nature and their canine companions. Yet in keeping the overall tone light, for this aging truffle hunter who wants to hang up his hat, he uses a typewriter to pen a letter on why he’s giving up the game, and his musings on life prove to be utterly hilarious.

The actual act of truffle hunting is prominently featured, but it’s not the only glimpse into the journey we see. There are the sellers, who intensely smell the truffle while on the phone to potentially convey the precise quality to buyers. When it comes to hand-to-hand dealing, it’s shot in a starkly funny way, as if it was a back alley drug deal–all long shadows and talk of exorbitant prices. There are also the testers, whose utter intensity and expressive language to describe their truffles include wet, subtle, intense, and even spicy. There’s also the closest thing to The Soup Nazi in this world, as we see a man assessing the value of a truffle to potentially buy it, sternly yelling at someone who brought the same unclean truffle the previous week. We, of course, see the truffle itself served up for a high-class customer, shaved over some fried eggs in salivating delight–delectable enough to have one booking their next vacation to this corner of the world. It’s this precise filling out of details, giving us glimpses but not the entire picture, that makes The Truffle Hunters so enticing to watch. As shots may go on for minutes at a time, we simply luxuriate in what’s unfolding in front of us.

I imagine some will come away having a few more questions about the history of truffle hunting or particulars about the process, but the title says it all. The Truffle Hunters is primarily about those who make it their life’s mission to track down this ever-rare species of food, and this documentary does endearing justice to their respective stories–humans and canines alike. One stubborn truffle hunter, at the ripe age of 84, utterly refuses to give up his fruitful, secret roaming grounds to someone much younger than him–even proclaiming his knowledge will go to the grave with him. It’s an early scene in the film, his obstinance causing a few laughs, but by the end, one will be wholly on his side. These men have dedicated their entire lives to not only finding these exquisite white Alba truffles but also to the dogs that help them find their way, and to see their culture upturned for selfish reasons is an upsetting thing to witness. That they still have so much personality, joy, and life in them, however, makes The Truffle Hunters a delightful, charming watch.

The Truffle Hunters premiered at Sundance Film Festival and will be released by Sony Pictures Classics.