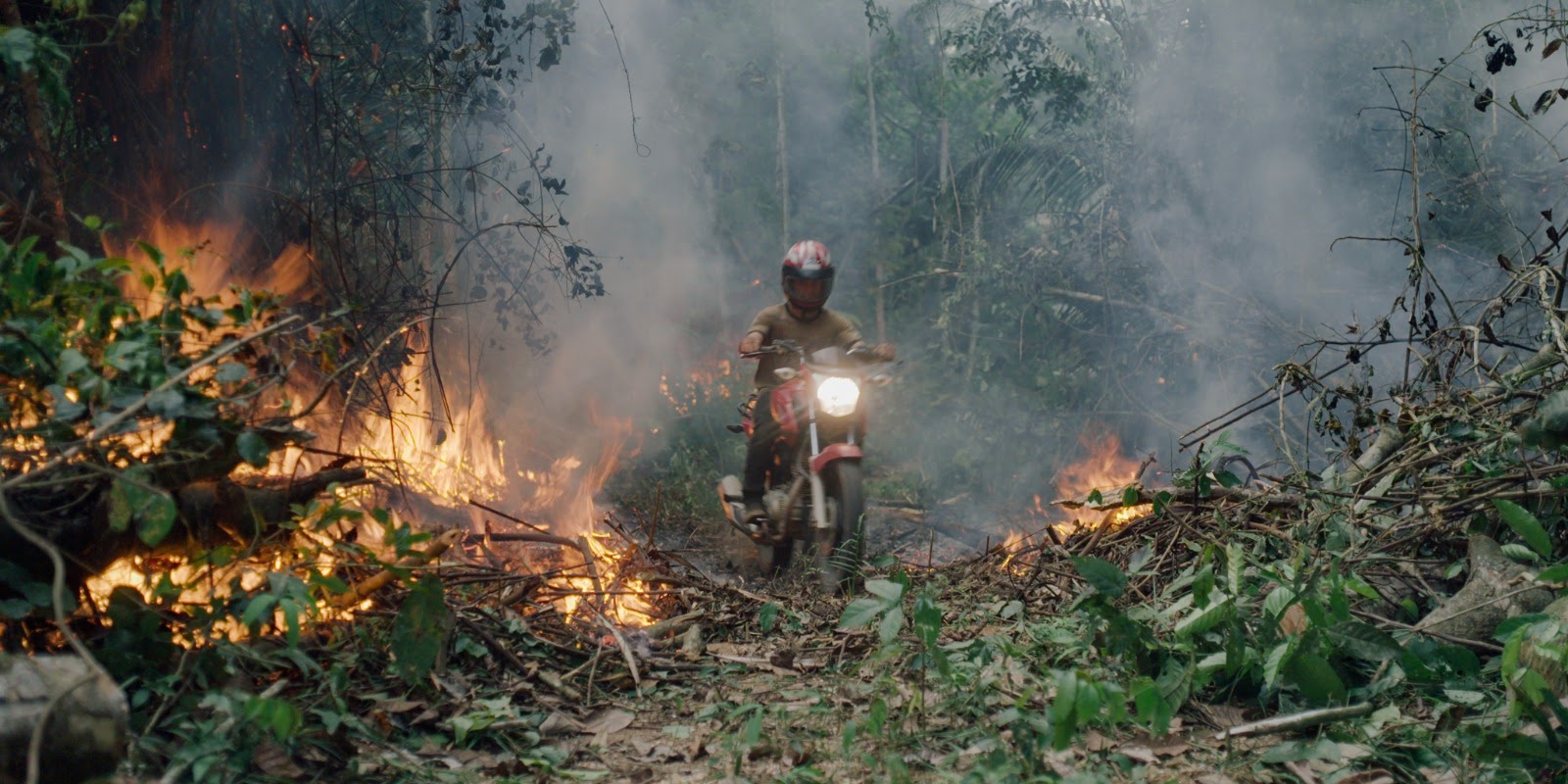 There are about 180 Uru-eu-wau-wau people left in the Brazilian Amazon. This community lives off the land, protecting the Amazon from deforestation, constant threats of violence, and an expanding base of anti-Indigenous sentiment, streaming from the far-right emboldened by President Jair Bolsonaro. Over three years, filmmaker Alex Pritz spent time with these native Brazilians for The Territory, a collaborative, vérité documentary that’s both engaging and terrifying. Pritz even hands over the camera to the Uru-eu-wau-wau at one point, as the group closes their borders and prepares for an ongoing fight to preserve their land.

Following five people––teenager Bitaté, activist Neidinha, farm worker Sérgio, settler Martins, and surveillance head Ari––the film shows the conflict from three sides. Sérgio leads an organization often referred to as the Association, a collective of farmers hoping to legally acquire the Uru-eu-wau-wau land, while Martins goes into the forest with no regard for who is living there, ready for violence. Each of these people believes that this section of the Amazon belongs to them. God has given them, and only them, this land to build their homes, raise their cattle, and plant their crops; it’s their dream and their right.

As Pritz jumps between his subjects, the conflict escalates and the tension tightens. The forest burns. The trees get cut down. And death, on both sides, seems like the only likely outcome. Bitaté becomes Chief of the Uru-eu-wau-wau and settlers start to build on their land, hopeful solutions don’t appear, as these Indigenous people have less resources, little government support, and a shrinking size. Acting as a barrier to the commodification of the rainforest, the Uru-eu-wau-wau begin filming themselves, taking cameras everywhere, documenting everything, using drones and surveillance to protect themselves and their land.

There’s an intersection of religion, Manifest Destiny-adjacent thinking with the historical nature of the land at stake in The Territory. Indigenous groups have long been run off their land, pushed into smaller and smaller areas of living, forced to exist in the confines drawn by others. Often, Pritz is completely forgotten, in the right way. Co-produced by the Uru-eu-wau-wau, and by director Darren Aronofsky, the film becomes a partnership, a work of pure cooperation. The agency of the Uru-eu-wau-wau takes the stage, choosing what to film, what to reveal, and what contains value. That’s not to say The Territory didn’t still have an editor, but a sense of control lives within a seemingly uncontrollable situation. It turns the film from a captivating story into a necessary one.

The ownership isn’t one-note, and though Pritz is credited as the director, others can and should receive credit for their contributions. The Territory isn’t just about connecting with the Uru-eu-wau-wau people, it’s an opportunity to share possession. Who has the right to tell this kind of story, if not the ones living it, the ones fighting for their land every day? If anything, it ends earlier than expected. There’s more story to be told, and as time passes, the plight of the Indigenous Brazilians will likely be reduced to newspaper headlines and articles hidden behind paywalls. This documentary then is an act of preservation.

Photography and video are described as weapons, a way for the Uru-eu-wau-wau to fight back against the plethora of issues facing them. During a film in which most of the violence happens off-screen, the use of recording becomes one of the pillars of defense, a different, forgotten benefit of the medium. In this urgent situation, the film takes on a larger meaning than just a festival documentary, or a property to be bought by a distributor, which National Geographic did quickly. It’s an evolving situation, with cameras being essential even after Pritz leaves the rainforest.

The Territory screened at the 2022 Sundance Film Festival and will be released by National Geographic Documentary Films.