Sundance Review: The Starling Girl is a Well-Made, Telegraphed Drama About Breaking Away From Religion 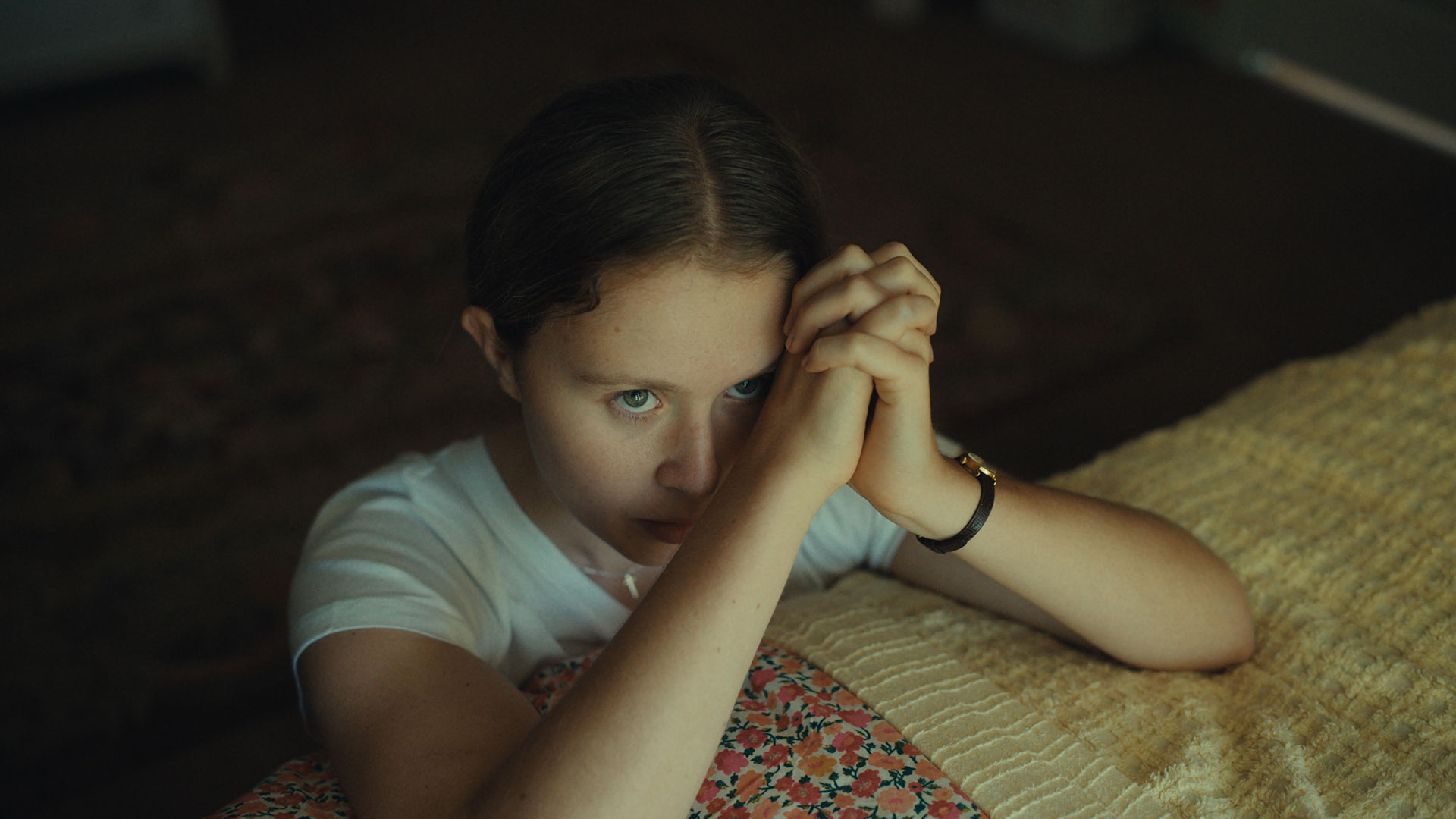 Laurel Parmet’s The Starling Girl finds the first-time feature director treading well-worn terrain. Starring Eliza Scanlen and Lewis Pullman as Jem Starling and Owen Taylor, a 17-year-old and her youth pastor, respectively, the film looks at the very-Christian idea of guilt, blame, and sexual desire. Parmet, who also penned the script, crafts a young woman who wants to explore, without the best role models, the struggle to reconcile her actions with her God.

Opposite Jem is Owen, a youth pastor returning from a mission trip to Puerto Rico. He’s easygoing, a cigarette smoker, happy to let a lie slide or keep a secret. Pullman radiates a shady charisma in this role––a perfect showcase for the actor’s charms––as his character slowly begins a relationship with a high-schooler eleven years his junior. A married man, Owen seems tepid only for a few moments. He jumps at the chance to be with Jem, a girl who believes in God’s plan above all else.

Parmet and her cinematographer Brian Lannin find intriguing places to rest the camera, notably upward as Jem lays on the grass focused on her hands in the air. The film doesn’t contain many structural or narrative surprises, but the production remains skillful. And the writing doesn’t miss any beats, for better or worse; it hits the points the audience will expect, not filling the two hours with superfluous scenes or dialogue.

Scanlen shines as Starling, playing someone much younger than herself. She brings an assurance to the role. We belive in Jem. She’s naive-yet-overconfident, isolated-yet-connected, carefree-yet-shackled by a system designed to believe the word of men much older than her. Scanlen shows all of that and more. Her performance grounds a film that risks blending together with preceding pictures, raising it above any average trappings.

One scene stands out: when Jem and Owen first have sex. Tenderness mixes with a bit of horror, as Owen takes control rather quickly and the power dynamics crystallize. He still represents an authority figure, a preacher who supposedly knows what God wants and the right path forward. Jem trusts this about him, trusts his spirituality and his faith. Afterwards, she asks him, “Do you think I’m wicked?” It’s a perfect summation of hard-line Christianity and one of the drawbacks of conservative religious values: consistent guilt.

Jem is unsure if she’s a good person now that she’s a sinner, a thought reinforced by her family and her head pastor, who happens to be Owen’s father. And in unsurprising fashion, her life unravels first, and her blame increases with time. The third act speeds up the conflict, dipping into melodrama, acute in how it feels about the church and the overwhelming power that men in this institution have in the lives of teenage girls.

The Starling Girl stretches thanks to the premise, at times becoming obvious in its storytelling. There’s not necessarily anything new in Parmet’s script, despite her care towards this character of Jem. The film lacks surprise, and in this case, is missing a level of engagement. It’s possible that we have been almost desensitized by this depiction of a relationship with a clear power imbalance. This isn’t new, even if that doesn’t make it any less upsetting.

For those with a religious background, the elements of dread, wielding power over our own upbringing, our own residual guilt that sticks with one long after they’ve stopped going to church will be well-recognized. For others, it’ll be a strong showing from an up-and-coming director with two terrific, mostly quiet lead performances. Both perspectives elevate the film above standard fare depicting the dangers of fundamentalism.

The Starling Girl premiered at Sundance 2023.