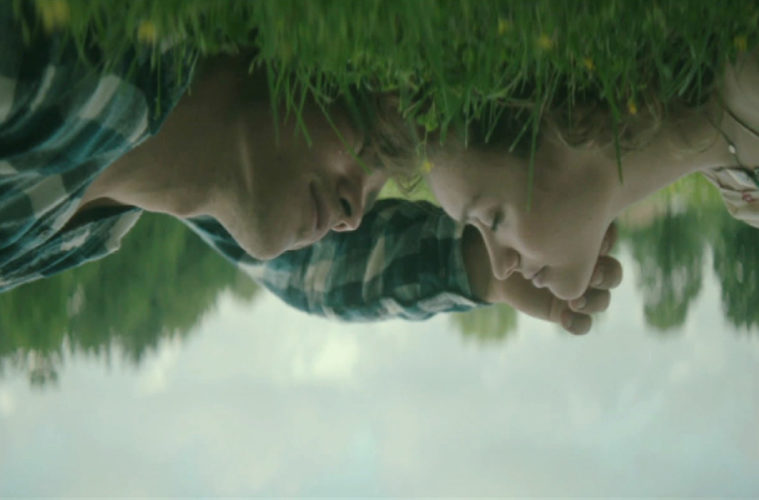 Inventive science-fiction films are very difficult to pull off, even more so when working with a small budget and limited resources. That didn’t stop director William Eubank (Love) from attempting to create something audacious with his second feature The Signal, a clever mash-up of sci-fi tropes resulting in a very commercial friendly product that will likely appeal to a broad audience. Add one dash of The Matrix, one part Chronicle and a little Dark City thrown in for good measure and you should have a sense of what kind of flavors The Signal is attempting to emulate. The story is also filled with some great misdirection resulting in some unexpected twists and turns that are genuinely surprising. Yet despite a healthy pedigree of movies that it draws from, The Signal is dulled by the fact that it borrows these concepts without innovating on them enough.

The plot revolves around Nick (Brenton Thwaites) and Jonah (Beau Knapp) who are MIT students with a talent for hacking and Nick’s girlfriend Hailey (Olivia Cooke). Nick has been suffering from multiple sclerosis, slowly losing the ability to walk easily without aid, reinforced by flashbacks of him running in the forest. The trio decide to take a cross-country road trip to attend a Def Con Hacking Conference in Vegas but are distracted by the antics of a rival hacker who goes by the name Nomad. After an invasive hack while staying at a motel, Nick and Jonah are able to trace back the location of Nomad, leading them to a remote house in the middle of the desert. When they head in to investigate and identify Nomad, the film unleashes one of its most thrilling scenes resulting in the three students being held prisoner in an underground facility, uncertain of why they are being confined. Enter Laurence Fishburne as an enigmatic administrator, never without his large hazmat suit and, for the most part, employing his Morpheus demeanor once again. He interrogates Nick tirelessly, who is now confined to a wheel chair, while Hailey is asleep in a coma and Jonah can only communicate through a vent in their cell. This leads the youthful protagonist to question his fate and take action. Determined to survive at all costs, Nick attempts to escape with Hailey only to find they are in deeper than what they thought. Without spoiling any more of the plot, the mystery of their situation comes to an explosive boil in a climatic finale that is chock filled with some very cool special effects.

Despite sometimes feeling like an overtly slick Nike commercial, The Signal is clever in its execution of recycled concepts. The cinematography, editing, sound design are all top-notch and elevate the simplicity of its production value to an almost Hollywood level of sheen. Yet the film has trouble escaping typical dramatic clichés while not offering any deeper significance to the events. When the final scene unfolds, it should have created a revelatory repercussion but instead it feels familiar. It’s because we’ve seen many of these ideas play out already and it dampens their effect. The Signal is a genuinely entertaining film made with some real heart and passion, but its impact is dulled by overly relying on familiar gimmicks.

The Signal premiered at Sundance Film Festival 2014. One can see our full coverage of the festival below.