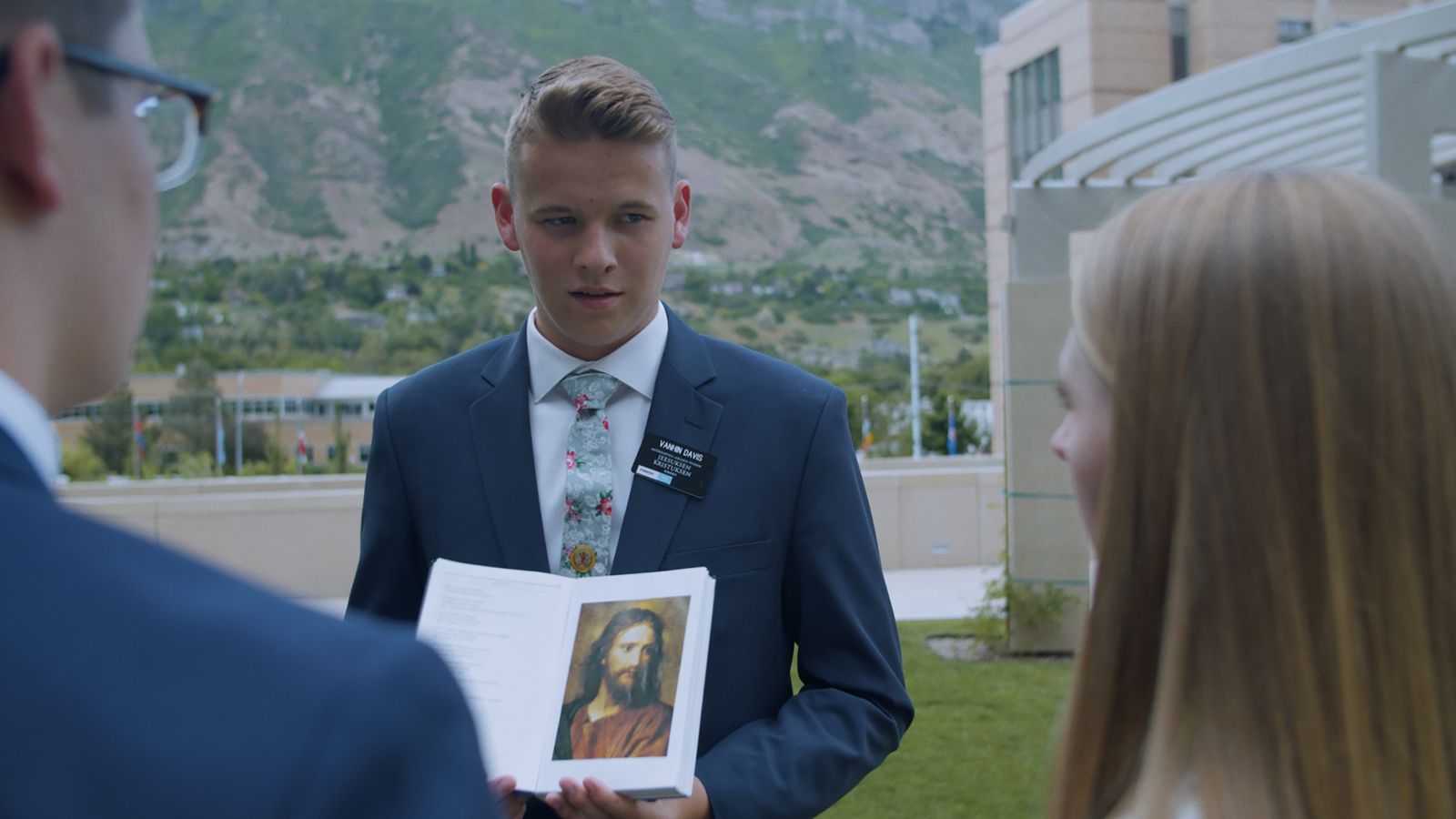 In The Mission, unwavering faith is a requirement. For the four young missionaries followed by director Tania Anderson, Finland becomes their two-year home, a temporary church with one goal: convert as many as they can. The missionary program of the Church of Latter-day Saints, filmed by a non-Mormon for the first time, takes on the persona of these four stewards. Seen in a positive (or at least objective) light with Anderson’s film, the program pushes these 18-year-olds onto another plane of spiritual existence—they believe they’re doing God’s work by knocking on doors in the dead of Finnish winter.

Anderson’s vérité documentary follows Elders Pauole and Davis and Sisters Field and Bills, four teens whose families had to pay for them to go on this journey. In front of an all-white church, Elder Pauole attempts a stutter-filled speech before his mission. Months later he’s full of supposed confidence, speaking Finnish and approaching strangers on the street. And he’s not the only one—all four grow in faith through their tasks, which is great for the LDS but not necessarily their development.

Still, they’re just kids without much life experience outside the church they’ve always known. They enter into this blind service experience, living with another same-sex companion, who are supposed to “help you be better companions with your spouse.” Often Anderson’s film looks like it’ll take a dark turn, for one of these missionaries to enter into a period of crisis that never comes. For better or worse, regardless of waning mental health or homesickness or exhaustion, they stay committed.

And that’s the crux of Anderson’s film: these teens don’t seem to change much during these two years. They become higher-faith versions of their previous selves, except for the mental-health decline of Elder Davis, one of the few points of contention in an otherwise unfussy experience. From enduring anxiety, depression, suicidal thoughts, panic attacks, and even seizures he’s only emboldened in a desire to serve the Church, to give his entire life to the people who won’t let him talk to his family more than once a week. His difficulties, and the loneliness cushioning every scene for the other missionaries, only pushes them more toward the LDS, strengthening their grip on the idea that this is the one truth. They were born into the one truth. Some might say, including a few Finns, it’s a miraculous stroke of luck.

Every day becomes a set routine, the same clothes, the same rejections, the same moments lived again and again. Still they’re undeterred, and Anderson’s film has a sense of appreciation for their youthful persistence. Believing in something with this amount of conviction is rare, if not impossible for a generation being pulled in a million little directions. These four, and so many others, forgo “normal” teenage years, a regular post-high school college existence, and even the standard conversations outside the scope of their mission and Mormonism. And they actually do convert a select few, mostly people who are lost or have had some sort of recent life-altering event. In the eyes of the Church these teenagers are a major success story. Maybe that’s why they let Anderson film.

It’s hard for many not to judge the Mormon way of life, the Mormon teachings, or the Mormon population at large. Anderson has no inclination to judge, though, spending enough time with these kids that the camera becomes part of their routine. It sticks to intimate moments, though intimacy doesn’t come often for a group so narrowly focused on conversion and saving. Engagement sustains from the anticipation that things might go sour at any point, even if times are rosier than expected.

The Mission prompts a larger conversation about religion’s role in the actions of society’s youth, especially those who have never known another way of living. College-aged teens aren’t allowed to just be teens, choosing for another path, worn by their parents. Loneliness seeps into their days, and service followed by marriage seems be the suggested solution. To the Church of Latter-day Saints, isolation prepares you for companionship, an odd juxtaposition that’s accepted without complaint by the subjects of Anderson’s film and the majority of their extended families, congregations, and communities. Capturing a portion of that contrast, due to the closeness and interest of its subjects, The Mission moves beyond an optimistic portrait and into murkier territory, making for a more valuable document. If only Anderson went even further and muddied up the glassy waters.

The Mission premiered at the 2022 Sundance Film Festival.