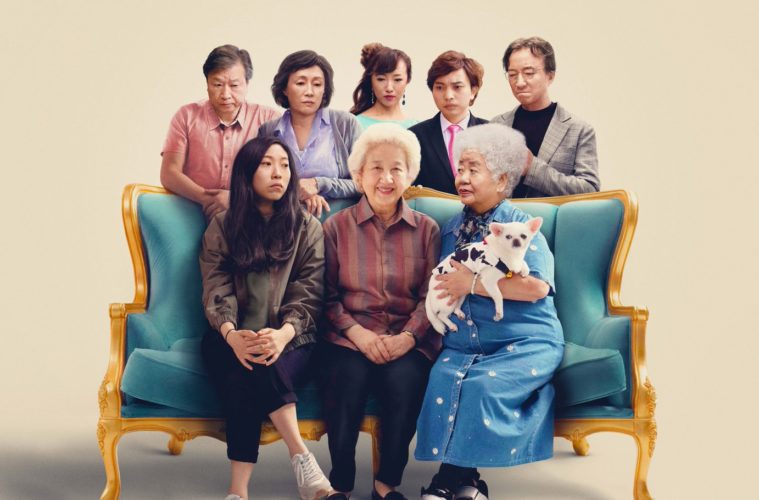 There’s something special about The Farewell. Written and directed by Lulu Wang and starring Awkwafina, this is the kind of film that feels specific and universal all at once. The film opens with the title card: “Based on an actual lie.” Wang builds this narrative from personal experience: her family chose to hide a cancer diagnosis from her grandmother (Zhao Shuzhen) and spend the final days celebrating instead of mourning. Or at least that was the idea. A fairly elaborate plan is hatched, involving a sham wedding that forces an abrupt reunion back in China.

Billi (Awkwafina), who lives in New York City, decides to make the trip east after her parents (Diana Lin and Tzi Ma) tell her not to come: “You can’t hide your emotions,” they say. It would give the whole ruse away. Billi’s just been denied a writer’s fellowship and can’t pay the rent, so things are in flux, to say the least.

Bittersweet, touching and always funny, The Farewell is lived-in from top to toe. While the structure allows for the ensemble cast to shine, Awkwafina is the star and more than up to the task. Wang’s trust in her actress is obvious. She made a splash last year with Ocean’s Eight and Crazy Rich Asians, but in this film she’s playing at another level. Much is put on her shoulders. Every emotional beat flows through Billi with nary a false note. Though there be stylistic flourishes in the transition, establishing and montage moments (slow motion tracking shots, whip pans, etc.), the director keeps the camera calm and focused on her actors for the most part, letting them do most of the work.

The impending death of Billi’s grandmother, her “nai nai,” ultimately represents so much more than the loss of a loved one. It’s also the fading away of her tangible connection to China, a place her parents moved her away from long ago. During a particularly awkward dinner scene, Billi’s father Haiyan is reminded that he and his family are still Chinese, to which he responds: “We are American, technically. According to our passports.” It’s one of countless funny-but-cogent responses throughout.

As with most of our families, contradiction defines much of what is said and done. Nai Nai scoffs at Billi’s lack of a boyfriend in one breath, praises her for her independence in the next. Billi remains outspoken in disagreement of the family lie, while continuing to aide in its perpetuation. For every one cultural difference teased at, there are two similarities that will speak most all who watch The Farewell. Sundance was made for movies like this.

The Farewell premiered at the Sundance Film Festival and opens on July 12.