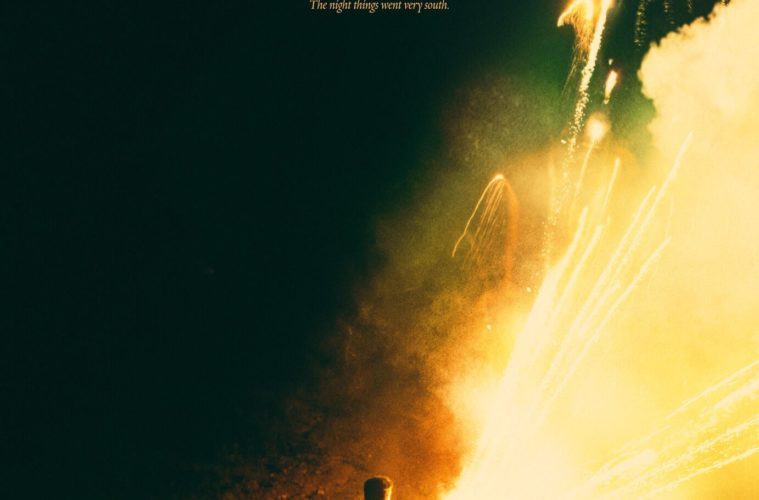 Sundance Review: ‘The Death of Dick Long’ is a Butt Rock Epic Built on Bad Decisions

When the directing duo known as DANIELS brought Swiss Army Man to Sundance in 2016 they took audiences aback with their peculiarly original vision, involving fart-propelled, jet-skiing corpses and boner compasses. Daniel Scheinert, one-half of the directing team, has now returned with The Death of Dick Long, a more naturalistic but also funnier (and more disturbing) follow-up. A butt rock epic built on bad decisions with plenty of affectation for its idiotic characters, the deeply dark comedy does for small-town Alabama what Fargo did for Minnesota.

We’re introduced to Zeke (Michael Abbott Jr., putting on his best Tim Heidecker), Earl (Andre Hyland), and Dick (Scheinert) at their weekly band practice, which quickly devolves into a night of beer-chugging, weed consumption, fireworks, and another activity which is best left unspoiled. On this particular night, something goes gravely wrong as we soon find Dick bleeding out in the back of Zeke’s station wagon for undisclosed reasons. Zeke and Earl lug him out of the car and fling him down to the parking lot of emergency room. The title doesn’t lie and, indeed, Dick Long soon dies.

The sun is rising and Zeke slides into bed with his wife (Virginia Newcomb) just as she’s waking up. With a car full of blood and the police on the scene, so begins a day of poorly-planned cover-ups and disturbing revelations. It’s also hilarious–until it’s not. Feeling straight from the school of Jody Hill and Danny McBride, there’s a southern-bred, matter-of-fact confidence in the comedic delivery of especially Earl. He brings the most laughs, half of which come from his body language as seems to not care about anyone else in the world as the noose tightens, even planning a getaway without Zeke’s knowledge. His backwater delivery is always spot-on, uttering, “That romper is fucked up” when seeing the blood caked on Zeke’s daughter’s attire after she sits in the backseat.

Moving from laughs to outright dread when more in this story is revealed, Billy Chew’s script seems to unfortunately forget about Earl as the pathos shifts to Zeke, giving way to a paralyzing feeling of discomfort when their family begins to reckon with their actions–played to perfection by Newcomb. As others begin to connect various threads, the script is ingenious in the way each piece of information gets delivered in a new context, mixing humor and stomach-churning uneasiness.

Featuring a soundtrack backed by Staind, Papa Roach, and, most memorably, Creed, The Death of Dick Long revels in the authenticity it brings to this specific brand of Americana. From a DIY approach to lawn mowing to neighborly assurance that the crime you committed isn’t what they just saw, the film is full of small details that help paint a bigger picture. The cinematography from Ashley Connor (Madeline’s Madeline) brings a vivid intensity as the actions of those involved reach levels of insurmountable stupidity. It may end up playing as a silly lark, but along with dismantling ideas of masculinity, Daniel Scheinert has also created a singularly entertaining crime comedy built on utter idiocy.

The Death of Dick Long premiered at the Sundance Film Festival and opens on September 27.