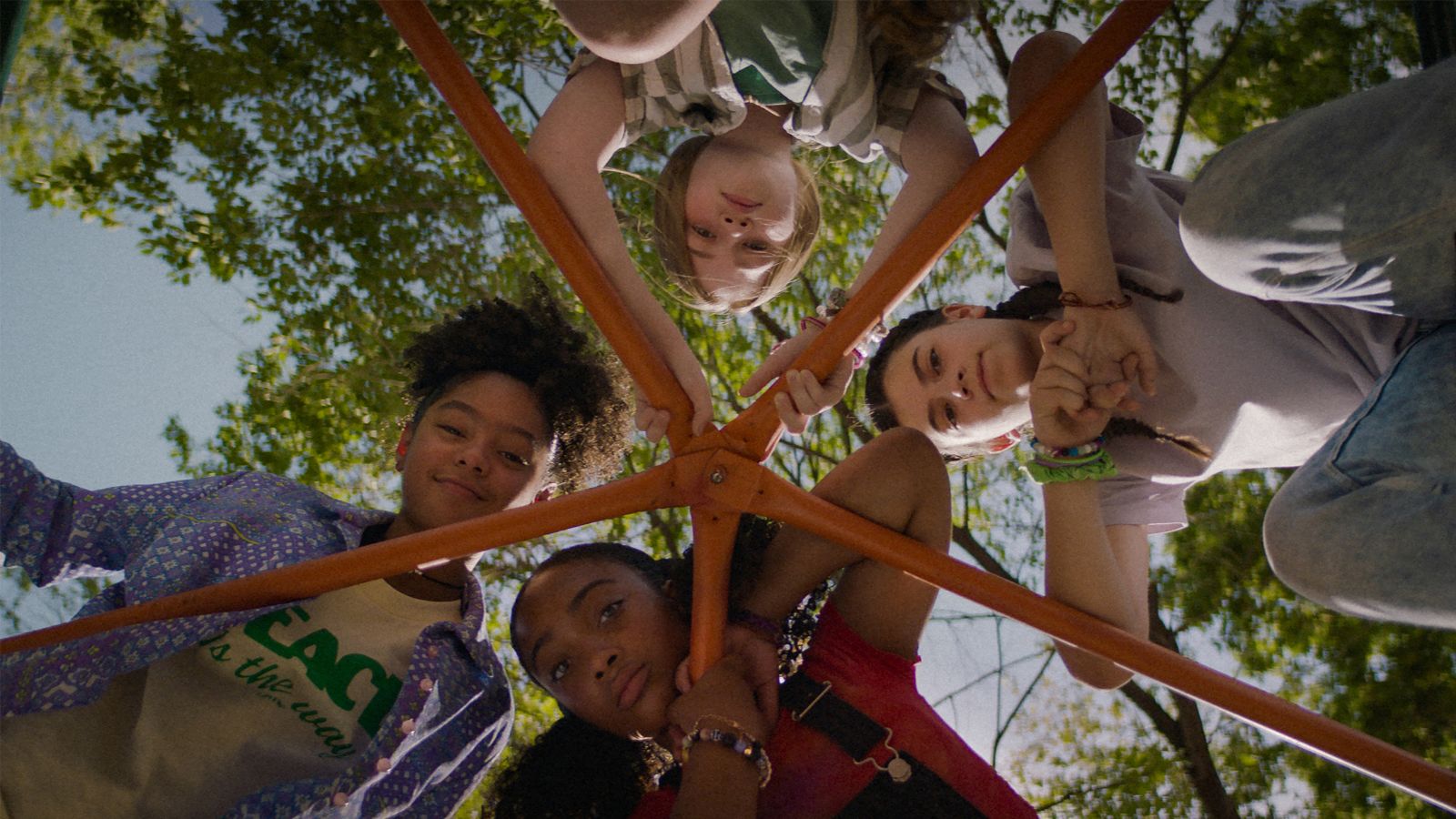 “What’s going on with our girls?” asks the emotionally drained mother of a tween girl in James Ponsoldt’s Summering. As any parent (or relative) of a pre-teen can attest, that’s a complex question with no simple answer. The manner in which Ponsoldt answers said question is ultimately what sinks Summering, a ho-hum coming-of-age dramedy. Summering does not trust that its characters will hold the attention of its audience—a crucial miscalculation that derails this Sundance entry that is certainly promising on paper.

That miscalculation is the decision to force a murder-mystery subplot into a sweet story of four friends’ final days before the start of middle school. No surprise seeing that type of useless diversion wedged into the film. What is a surprise, though, is the degree to which that mystery takes over and ultimately dominates Summering. Perhaps this film, scripted by Ponsoldt and Benjamin Percy, is the director’s riff on Stand by Me. If so, that’s a shame; a riff on something like Now and Then would have been infinitely more enjoyable, undoubtedly more successful.

The aforementioned girls are Dina (Madalen Mills), the boldest of the bunch; the somber Daisy (Lia Barnett), whose neglectful, heavy-drinking mother (Lake Bell) is a local cop; Lola (Sanai Victoria), who has an interest in the unknown (seances, etc.); and Mari (Eden Grace Redfield), the smallest of the bunch and one saddled with the very definition of a helicopter parent (Megan Mullaly).

As Summering begins the girls are dealing with the range of emotions brought on by the double-whammy of summer’s end and middle school’s start. These early scenes, in which they wander rather aimlessly, are a modest treat. The performances from all four are simple and unshowy, the dialogue appropriately wistful (“Every step you take, you’re moving forward a moment in time”; “I want to go backwards, not forwards”).

Things quickly screech to a halt once the girls discover a dead body in the woods. Long scenes of detective work follow, including a sequence in a bar frequented by the deceased that feels downright endless. “I think he had a family,” the team realizes at one point. But there’s no reason for the viewer to care about who this individual even is, let alone whether he had a family. Neither he nor the quest to find his identity are ever compelling.

Another storytelling error is the degree to which the girls’ mothers become a focus. Discussions of how their daughters have aged, and where they are headed, are designed to amplify our intimacy with the four mothers and their four children. But dialogue lands with a thud, despite best efforts of the actors. If there are fine performers here, most notably the always-welcome Lake Bell, their scenes together are trite and unconvincing. So are the film’s occasional moments of magic realism. Unlike Céline Sciamma’a Petite Maman, the whimsy is forced. Where Petite was wondrously original, Summering is crushingly dull.

Ponsoldt proved with The Spectacular Now and The End of the Tour that he is well-suited to balancing drama and dark comedy, and there are moments showcasing those talents. Most specifically is a lengthy, humorous sequence in which Mari tries to talk her way out of going to church with her mother. The interplay between mother and daughter is a delight and seems to hint at what Ponsoldt was aiming for: both a knowing look at parenting and fresh look at adolescence in the age of iPhones. Had he truly trusted his young performers and crafted the script accordingly, Summering could have been something special. Instead he’s made a film as unfocused and forgettable as a rainy late-summer afternoon. These characters deserve better.

Summering premiered at the 2022 Sundance Film Festival and will be released by Bleecker Street Films.