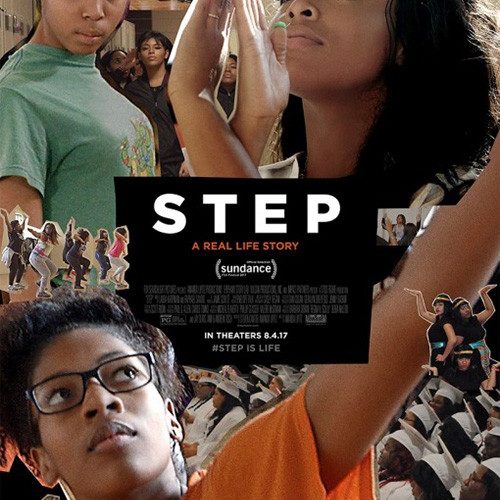 It’s rare for a documentary to inspire applause during the feature, but there you have the power of Amanda Lipitz’s Step, an inspiring crowd-pleaser that provides a positive look at the lives of every day teens in Baltimore, living in the shadow of Freddie Gray and the subsequent unrest related to his death. Step is a universal story of triumph, following a year in the life of a dance team at the Baltimore Leadership School for Young Women as their seniors get accepted into school, experience heartbreak, and ultimately make in-roads in step competitions, crafting an elegant and powerful dance inspired by Black Lives Matter and their neighborhoods. The film provides a means of expression without veering too far into the grit of the street and the realities of the domestic struggles. The team’s seniors are confronted with paying for school, filing FASFA forms and applications, while trying to make up for past academic lapses that may prevent them from achieving their dreams.

Lipitz along the way maintains a narrow focus, following the home lives of a few members of the team including Tayla and her mother, a corrections officer who remains troubled by certain disparities in the justice system despite the fact she really does love her job. She becomes a stage mom, supporting the girls in what becomes a vital quest; Step is more than just a line item on a CV for college. Blessing, Tayla’s captain, has a more difficult time: balancing a relationship, school and home life, she struggles academically and is ultimately accepted into a bridge program. Opting to get out of her home, she finds options thanks to a caring guidance counselor that takes the time to walk her, and us, through her options.

Running a quick 83 minutes, Step is as brisk as it is powerful, shot by Casey Regan in a kind of rough and ready, fly-on-the-wall quality — it resists the urge to bring a grander aesthetic to championship numbers. The results are no less thunderous and impactful. Step is, by all measures, less a sports film than a slice of life. By the time the Bowie State championships come around in the film’s final act, the emphasis is less on the outcome of one performance and more on the sum of the parts as each of the film’s subjects have already started to plan for the future. The film’s running time ought to have spent a little more time in each of the moments, and if I can find fault with it, it’s that it should savor the moments of glory a little longer.

Step, like many documentaries, uses a sport as an entry point to a larger discussion about race, the struggles of those on the lower end of the income spectrum, and the challenges of being a single parent and innercity life. It’s a film that is as inspiring as its subjects and may very well encourage those that see it to visit their guidance counselor for advice on their options even if, like Blessing, they may not have the grades nor the family support.

Step premiered at the Sundance Film Festival and will be released by Fox Searchlight on August 4.