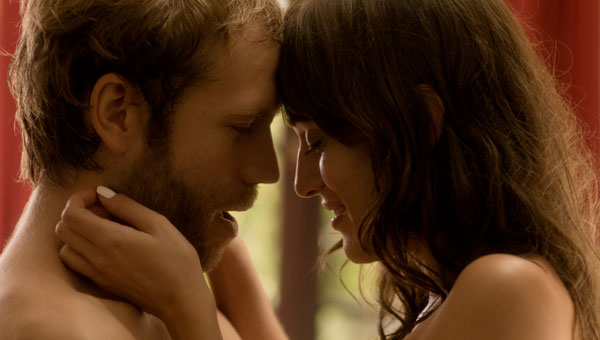 [Sundance Review] Save The Date

People have been talking in movies since the beginning. Since the late 1920s, audiences have been able to hear them talk. Since Preston Sturges’ films, they’ve been able to hear them talk a lot. In Save The Date, directed by Michael Mohan, it’s not that the characters talk too much. It’s that they talk about the same things too much, for too long. And then, they keep talking. Show, don’t tell. A common rule of thumb when making a film, broken here rather carelessly.

Then Kevin proposes to Sarah in a drunken stupor in front of a full rock audience. She says yes. The movie ends. Of course, that is not true. She says something other than yes, and semi-conflicts that populate this wishy-washy film begin to arise. Brie’s Beth guilts Sarah about her decision and reconsider her scorched lover. She does this for about 10 minutes on a pier. The scene never ends. And yet, after that scene ends, she continues to harp on Sarah about responsibility and so on. Andrew watches his fiancee’s tirade against her own sister and begins to question who exactly he’s marrying. Meanwhile, Sarah’s moving on, running around with Jonathan (Webber), who plays the nicest-guy-in-the-entire-world character.

Caplan, as the lead, doesn’t quite seem to know how to navigate the conflicting script from Jeffrey Brown, Michael Mohan and Egan Reich, despite her inherent charm. To be fair, the filmmakers are trying at something honest here. Sarah is a complicated lead, a pseudo-free spirit who wants to be loved but also wants to be alone. While this is uncomfortably relatable, the film’s never allowed to dig into the motivations behind such a character, instead relying on cheap gags and one-off jokes involving a lot of penis and vagina references. The same goes for Jonathan, a nice guy who is first cute and then, maybe too cute. We briefly learn about his past and what he’s gone through to get this way, but it’s nothing more than a blip on the screen. Webber’s character never blooms into anything other than a glorified rebound for Sarah, even though the film would have us believe otherwise.

The problems these characters go through are everyday, and the bigger problems that arise in the third act are handled with a cavalier amount of comedy that’s not funny enough. If we’re meant to laugh at serious issues, the jokes better be pretty damn good.

Starr saves a bit of face throughout, anchoring the film and the characters he’d surrounded by. If only Starr’s Andrew could walk around to each of his friends, talk some sense into them and ask that they stop talking all of the time about things he, and we, already know.