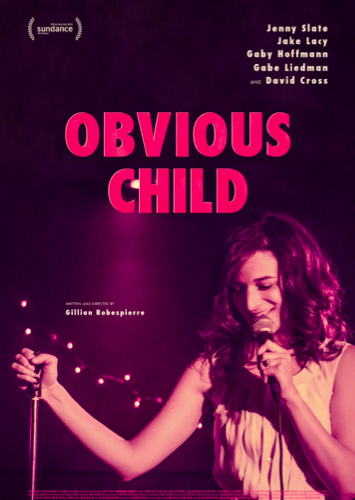 Donna is rude and crude and especially insightful, as is made abundantly clear at the film’s start, in which we watch our heroine perform on stage. Minutes later, Donna is dumped by a cheating boyfriend. Minutes after that, she’s told the bookstore she works at is shutting down. So she drinks and drinks and drinks. And meets a nice young man named Max (Jake Lacy), and promptly takes him home. The narrative then goes in a direction that feels both familiar and surprisingly daring, and amongst some self-aware dialogue is a constant honesty with the situation at hand. Slate announces her star presence with authority here, building a heroine that feels both special and relatable. Any doubts about Slate’s potential as a leading lady of comedy should be put to rest: within the first five minutes, we are invested in Donna and hope only the best for her, a testament to both Slate and Robespierre. Both Lacy and Gabe Liedman do good supporting work here, playing the potential love interest and gay best friend, respectively. Gaby Hoffmann continues to rack up indie cred points, offering a strong emotional anchor to the proceedings, and there’s a comfort in watching she and Slate discuss all of the in-and-outs of female dating habits, hygiene faux pas, bowel movements, etc. without a second thought.

If Paul Feig‘s Bridesmaids can be credited for commercializing the female gross-out comedy of this day and age, Obvious Child does well in bringing it back down to earth within a more contained, personal environment. Robespierre’s film is unafraid to tackle big issues that all women face without a wink or a shrug, and while the political views presented throughout the film may turn off a certain conservative viewership, the film thankfully avoids a soapbox. The jokes and opinions and decisions these characters make accurately reflect the world they are living in. We believe and engage in the realm Robespierre has built, and, most importantly, understand these people fully.