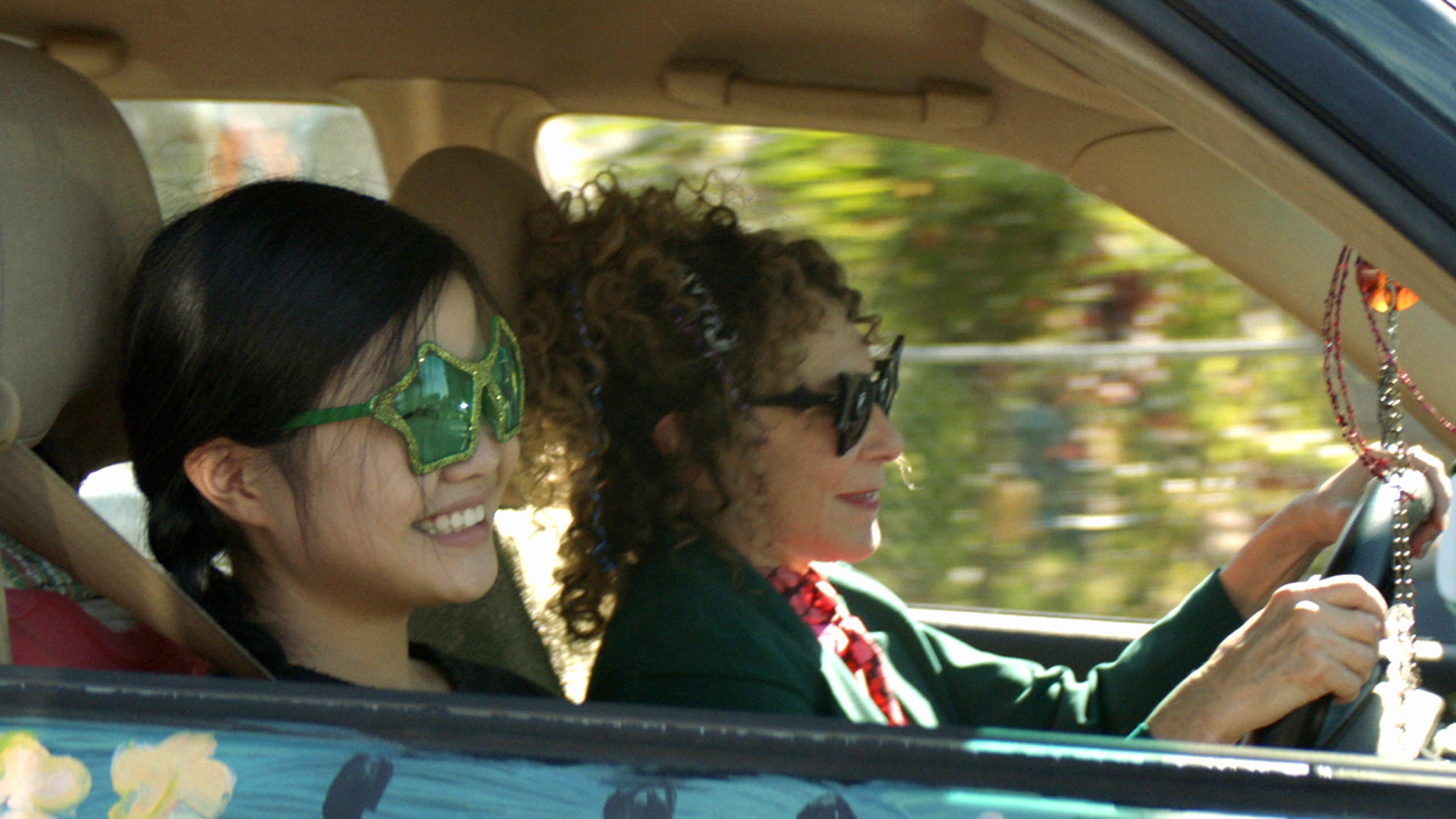 To put it simply, Sammy (Miya Cech) isn’t doing too well. She’s as angsty as any other 13-year-old on a good day and vandalizing school on a bad one, assuming she’s actually at school. Chalk it up to early adolescence, sure, but it’s mostly because of family issues. Her mother has passed away and her dad, Angus (Leonardo Nam), is already seeing someone new named Marianne (Paulina Lule). Sammy isn’t a big fan of hers. Beyond giving her the silent treatment at dinner, she also… has fantasies later on about chopping her in half with a chainsaw, blood spewing everywhere?

Yes, yes she does. It’s not like this is some running gag or the type of content Marvelous and the Black Hole latches onto, but it’s emblematic of something. Despite the cutesy humor and script that is approached with the tone that would imply small children are in mind, Kate Tsang’s first feature wants to have it both ways. It wants to be something cute for the family. It also wants to show how belligerent and vulgar young teenagers can be. The problem is that the two never intersect, and it’s jarring, to say the least.

For the most part, Sammy’s story is a familiar one. After getting in trouble at school again, her dad enrolls her in summer school, threatening a delinquent youth camp if she fails. That’s not the focus here at all, though. Instead, she runs into Margot (Rhea Perlman), a magician who performs for little kids. But Margot is surly. She takes sarcastic chides from Sammy and doles them back at her. Soon enough, they find a bond in magic, with Sammy becoming her apprentice and Margot a mother figure of sorts.

See? It sounds sweet. The acting is intentionally cartoonish and there’s some sort of superimposed doodle to complement it about every five minutes. In that sense, it is sweet, but again, it wants to be more than that. Is that commendable? Certainly. The bump in the road is that the constant swings between dark, adolescent humor and family fare are enough to cause whiplash. Cech and Perlman’s talents aren’t enough to smooth it out.

Of course, individual scenes are decent. There are even a few quick jokes that appeal to older audiences without going against the essence of the movie overall. But then again, what is the real essence of Marvelous and the Black Hole? Just who is this for? If it’s for little kids, the content and dialogue just don’t fit about half the time. If it’s for older audiences who are kids at heart, there are a few other problems at play here.

Sammy’s sister, Patricia (Kannon), is a capable foil for the protagonist, but the film doesn’t fully realize her function as a character or who she is beyond a few traits. The same goes for Angus; he’s quite simply an indirect catalyst for conflict. In all fairness, the way the screenplay establishes and develops Marianne is more understandable given the logic at hand. She’s someone new, an automatic enemy for a 13-year-old. Sometimes it really is that simple.

There are moments that play well here and the stylistic flairs evolve into something else by the end, but Marvelous simply lacks a sense of what it’s going for. The messages are obvious. The arc is even clearer, perhaps too clear. The approach is what makes it feel like a movie that changed course partway through production.

Marvelous and the Black Hole premiered at Sundance Film Festival.