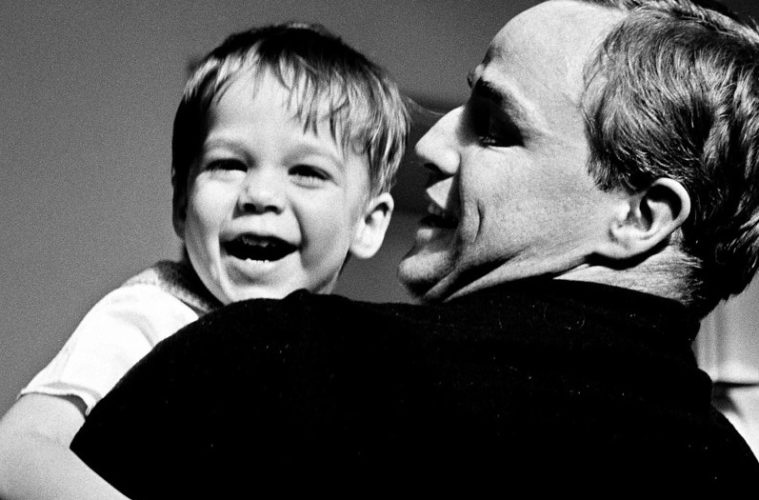 [Sundance Review] Listen to Me Marlon

Some iconic talents of cinema rarely gave an interview, while others were relegated to the routine press circus. Regardless of where one falls on the spectrum, the bite-sized, often pre-packaged tidbits of one’s career do little to paint an accurate portrait of a life, and it’s effectively unfeasible to get such a look apart from the talent itself. However, the new documentary Listen to Me Marlon provides something vastly more extensive and intimate than a standard interview.

Given access to hundreds of hours worth of previously-concealed audio interviews/musings with Marlon Brando, director Stevan Riley magnificently produces one of the best documentaries about a legendary figure — all without a single talking head. Ahead of his time, we begin with Brando predicting the future of filmmaking: actors will soon be motion-captured and their essence created in a computer screen for projection. We then witness the man resurrected through such a digital form, incorporating the audio from his interviews, giving an ethereal effect interspersed throughout the film. Riley mostly takes a chronological route, first tracking his upbringing, raised by his abusive father and creative-yet-tortured mother, before stumbling into acting. We learn of his arrival to New York City, where he initially slept on the street and watched people from 42nd and Broadway. Exercising creative muscles he would finesse in the years to come, Brando would invent these people’s personal histories in the flash of a few seconds. While the film explores his acting training under Stella Adler and how he would indelibly and permanently change the style of the craft, Listen to Me Marlon is also a profoundly affecting portrait of a flawed, complete life.

We witness Brando’s political activism and his preference for choosing projects that gave a voice to the oppressed, as difficult as they were (and still are) to find in Hollywood. As a man who could have easily lived a life of luxury in Los Angeles, or elsewhere, we observe his fascination with Tahiti and his eventual relocation to the area, where he would find his wife and raise children. Following a tumultuous divorce, the demons of abandonment and loneliness, manifested in his early life, crop up again. Despite his desire to never let his abusive father see his children, we tragically experience the tribulations they endure and the pain it causes Brando. Regardless of how much one knows about the man, it’s stirring to see his own revelations about personal life juxtaposed with comparable footage from The Godfather and Last Tango in Paris, as well as admissions regarding his lesser-know, and lesser-liked, projects.

Instead of a hagiography, what makes this documentary so exceptionally powerful is the raw, unfiltered, humanistic look at a man struggling with inferiority despite his unrivaled acclaim. Through archival footage, including vintage screen tests and interviews, we’re provided the treasured, rare experience of stepping inside the mind of a legendary talent. As the finest possible documentary one could get on the subject, Listen to Me Marlon delivers an extraordinarily well-crafted and deeply emotional portrayal. It doesn’t simply remind us that Brando remains one of our greatest actors, but peels back his layers to reveal a significant amount about his life. We will never see another performance from the actor, but this documentary is a worthy substitute.

Listen to Me Marlon premiered at the Sundance Film Festival and will air on Showtime.