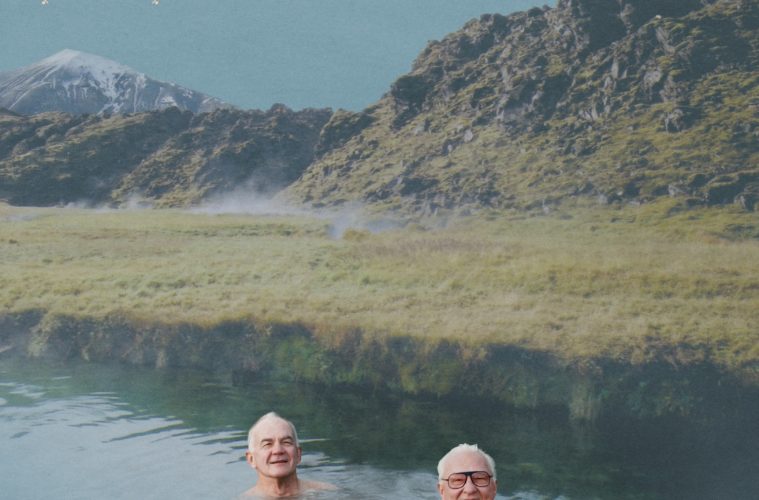 Rekindling a friendship that has seemingly been dormant for some time, Mitch convinces a recently divorced Colin to an embark on a trip to Iceland. He does so over a relaxed dinner conversation that jumps from their meal (“It’ll taste like Angels pissing on your tongue”) to the cast of Rio Bravo, indicating the warm, genuine tone to follow, featuring two characters I wouldn’t mind spending actual days with, not just the few we witness over the course of 90-or-so minutes. The two then head off on their journey, touching down in Reykjavik, picking up Mitch’s car of choice (a jetblack Hummer, fittingly), and checking into their first hotel of the trip. It’s refreshing to see a film focus solely on the pleasures found in the simple things of life, such as conversing with a true friend; the only conflict the two encounter is quickly brushed off, with the rest of the story following them from town to town, interacting with the locals and travelers alike, as well as devoting a chunk of time to Mitch’s visiting cousins.

Directors Martha Stephens (Pilgrim Song) and Aaron Katz (Cold Weather) team for the project (along with executive producer David Gordon Green), providing both an intimate eye for the many conversations and surprisingly grand visuals. Cinematographer Andrew Reed captures the vast beauty of Iceland, whether it be a stream off a mountain cascading down to a local pool, or the geyser Strokkur powerfully erupting a few feet away from our leads.

As our aging characters reflect on life, boredom, Facebook, Jewish mysticism, and all things in between, the film blissfully rolls by, touting the importance of friendship in any period of life. As one of the best road trip comedies I’ve ever had the pleasure of taking part in, Land Ho!’s success is found in its small observations and flawless, off-beat leads. Think of it as The Trip to Iceland: The Elder Years; with that notion, I’d welcome many more adventures with our duo.

Land Ho! premiered at Sundance Film Festival 2014. One can see our full coverage of the festival below.