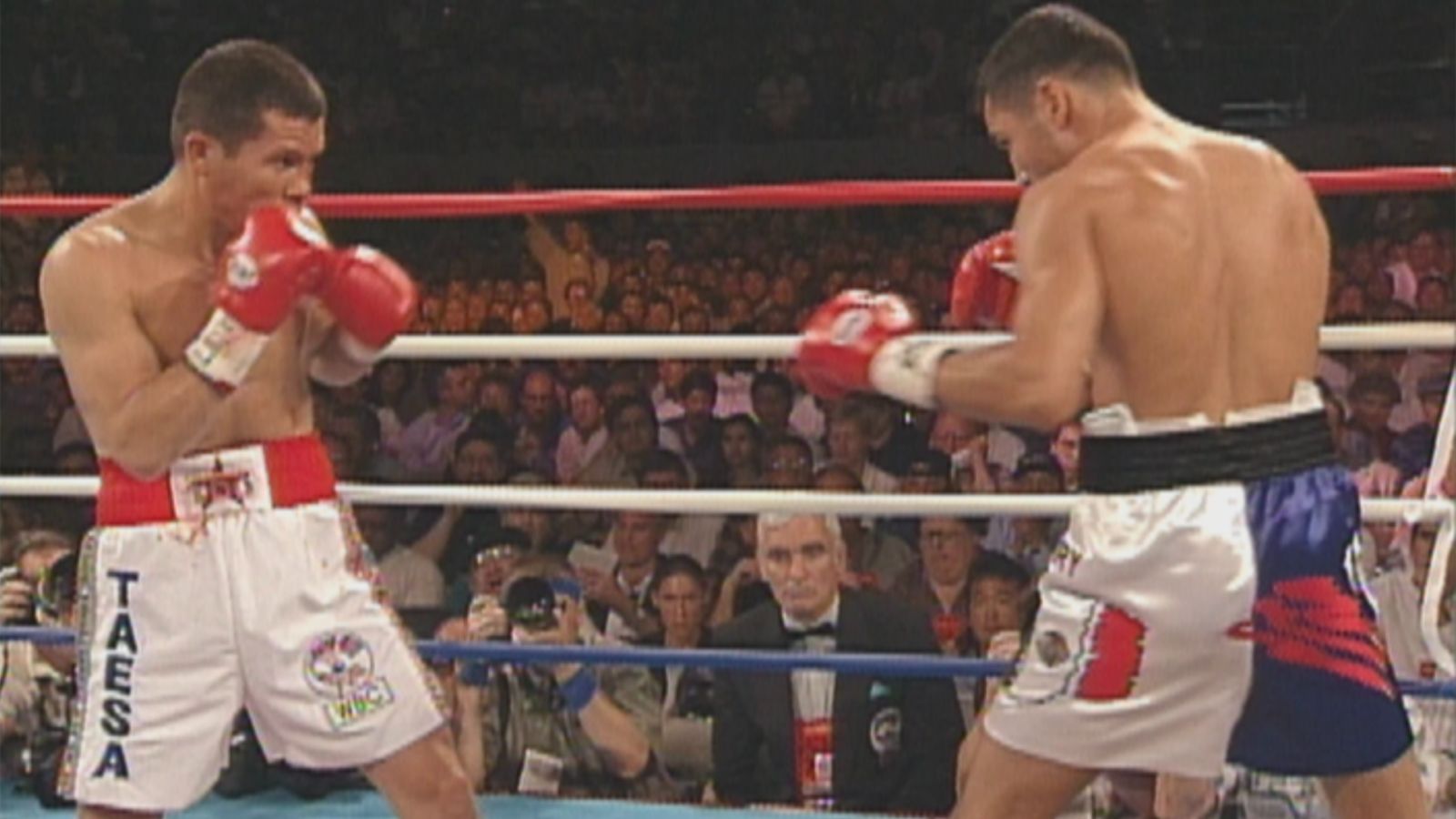 In the majority of sporting events there’s more on the line than a final score. From the career trajectories of those in the match to the cultural, political, and social factors being represented, the legions of fans on both sides have a number of horses in the race (proverbial or otherwise). This was certainly the case for “Ultimate Glory,” a June 1996 boxing match between Mexico native Julio César Chávez and the East Los Angeles-born Oscar De La Hoya, whose parents emigrated from Mexico. Representing different sides of Mexican culture, the fight caused a societal riff and is the main event in Eva Longoria Bastón’s rousing, albeit formulaic documentary La Guerra Civil.

Taking a much larger scope than just the match, the documentary also serves as a dual biopic of Chávez and De La Hoya, from their upbringing through this match to the present day. That’s quite a wealth of material for 100 minutes, which means a rip-roaring rhythm is the name of the game—replete with many talking heads, including our two main subjects and no shortage of family, celebrities, and reporters. The intricacies and complications of these lives can be glossed over with so much ground to traverse, from De La Hoya’s former boxer father Joel Sr. forcing him into competition at a young age to the tantalizing detail that Chávez’s fame means he gets face time with popes, presidents, and drug lords––not to mention his own addictive habits for partying and drugs.

A major throughline is De La Hoya’s personal struggle with representing both American and Mexican culture––as his boxing robe reflected––and not being fully accepted by either. Through sex appeal he brought a new legion of female fans in the doors, yet was booed by pockets of people at celebratory parades and never accepted by the Mexican community at large, a lack of solidified identity that always nagged him. With distinct personalities and various struggles outside the ring, these formidable fighters––one a reigning king, the other a rising star––make the compelling rivalry necessary for any sports movie.

What fascinates most in La Guerra Civil is hearing both boxers reflect on events from a quarter-century ago. With Chávez’s devilish smile and cunning energy and De La Hoya’s suave, clear-sighted recollection of how major it was to face one of his idols, one wishes Eva Longoria Bastón could have convinced them to have a face-to-face reunion to see what might transpire. But both are clearly putting another layer of performance to reflect on their golden years inside the ring, which is entertaining enough in itself. We hear from George Lopez, who relays how “boxing is the opera to Latinos,” and Mario Lopez, who recalls how Julio César Chávez was a deeply inspirational figure. If there’s certainly a skill in crafting a film with perfect soundbite after perfect soundbite, laid down amongst energizing archival footage and a characteristically lively score, La Guerra Civil has the feeling of being a touch too polished, not confident in taking a moment to unpack the intriguing threads it quickly tosses around.

“Sports is not just a microcosm of our society. It is our society,” notes critical sports scholar Rudy Mondragón in the documentary’s opening moments, which bears the symptom afflicting many docs: beginning with more or less a trailer highlighting what will come. Numerous compelling documentaries could be made from what’s floating around this film—Mondragón’s quote above; how throughout history sports have exploited race to deliver a spectacle; how someone can feel isolated by their nationality in their home country; the toll that both such a brutal sport and fame takes on the mind and body, and so forth—but La Guerra Civil desires to entertain above all else. As such it succeeds on a foundational level, but one may wish for a more thorough unpacking of the complex queries it raises by the time the last punch is thrown.