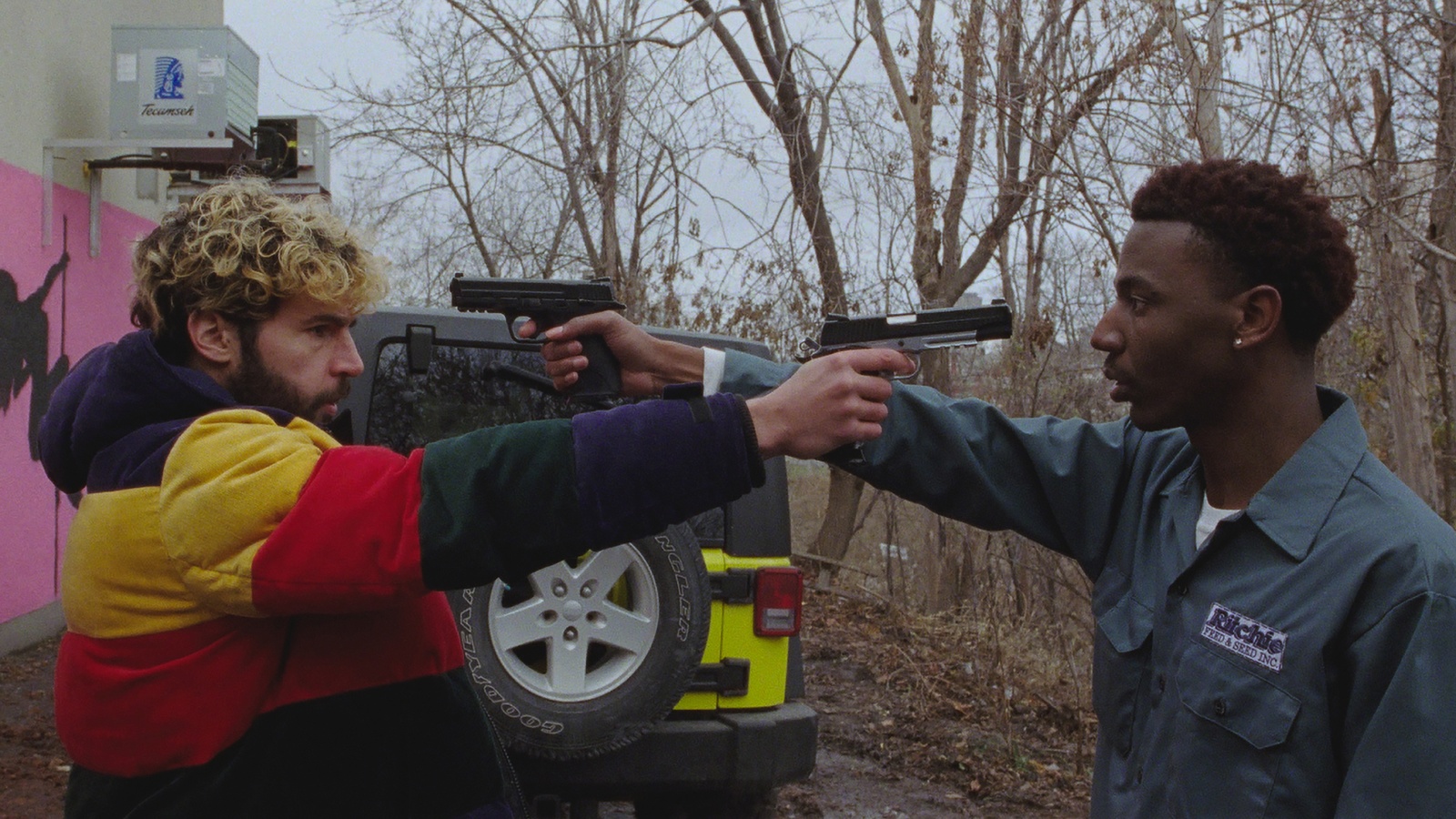 Considering the raw, uncomfortable truths found in Jerrod Carmichael’s comedy, the logline of his directorial debut shouldn’t come as a surprise: two friends make a pact to end their lives and experience one final day together before plans to carry through with the dual deeds. Though not scripted by Carmichael himself, The Carmichael Show writer-producer Ari Katcher and his Ramy co-writer Ryan Welch have crafted a character-focused story with layers of necessary darkness and pathos while still injecting humor that mostly feels like a natural fit considering the subject matter. As to be expected, Taste of Cherry this is not, but with its layers of despair and dark comedy mixed with genuine friendship, Carmichael owes a bit to Mikey and Nicky in this ride-or-die, last-day-in-a-life outing. Even if the last act doesn’t succeed as intended, On the Count of Three threads the difficult task of finding the humor in hopelessness while not exploiting the genuine pain of severe depression.

Opening in media res on Val (Jerrod Carmichael) and Kevin (Christopher Abbott) face to face, guns drawn, ready to count down to three and end each other’s lives, this initially comes across as a cheap filmmaking trope for a predictable, connect-the-dots journey to follow. Thankfully, Carmichael’s debut is smarter than that, returning to the opening far sooner than expected. Kevin, played by Abbott with unpredictable energy and even an unexpected dash of comedy, has been seeing doctors for his mental health since he was eight years old in foster care. Having just attempted suicide earlier in the week, he’s now been hospitalized with strict supervision not to leave. Though it’s not strict enough for Val to easily find a way to break him out. Carmichael’s character is on the same desolate wavelength, working at a blue-collar job hawking mulch, sand, and gravel. His weasel of a boss dangles the carrot of also being able to oversee top soil within a couple of years––if he keeps the good work up. He quits, and so begins Val and Kevin’s mission to end their lives before a new day begins and they are going to go out with a bang.

The day’s twists and turns are best left unspoiled, but the set-up gives Carmichael and Abbott an opportunity to wade in the blackest of comedy. Jokes about earning the right to want to commit suicide, gun control, growing up Black in America, mass shooters, and even a couple of perfectly-placed Papa Roach needle drops are punted out and, against all odds, nearly all land. Credit goes to the grounded performances and non-ostentatious directing, with Carmichael bringing a stillness when needed to focus on the sullen faces of our leads. When a joke does come, it’s a natural element of the conversation, not an obvious punchline to punch-in on. As shot by cinematographer Marshall Adams in 35mm, there’s a darker texture and depth to the proceedings that makes the journey lived-in and in empathetic rhythm with Val and Kevin’s shared plight and worldview.

With only cameo-esque appearances by Tiffany Haddish, J.B. Smoove, Lavell Crawford, and Henry Winkler, this is Carmichael and Abbott’s show. The latter, who has excelled during and since Girls with rather dark, brooding characters whether it’s in James White, Possessor, or Piercing, shows a new side in On the Count of Three. Considering we meet his character three days after a suicide attempt and on what he hopes will be the last day of his life, one could imagine this performance falls in line with the aforementioned others, but Abbott brings a feverish intensity that makes the humor land even greater. When he explodes at someone, both in the hospital or during the world’s most harmless robbery, his timing to then deliver a funny final line feels thoughtful and reasoned. It’s simply some of the actor’s finest work and hopefully opens doors for more of its kind. With his single-tone delivery in harmony with his stand-up approach, Carmichael plays more of the straight man to Abbott’s erraticism––a smart decision that results in endlessly amusing reactions as they hit up old haunts and reflect if they truly want to go through with this.

Revelations in the second half provide added pathos for both characters, but as a certain chaos is introduced near the finish line, the film slips up. Wanting to expand the film’s scope, Carmichael injects a shot of frenzy that grabs one’s attention in the moment, but is a disservice to the strong character work that preceded the finale. Add in some attempts at humor during the film’s most climactic moments and it feels like Carmichael didn’t precisely know how to wrap everything up, so he does it as slickly and neatly as possible. Thankfully, what came before is more than enough to display Carmichael’s gifted abilities at storytelling both behind and in front of the camera. With shades of Jody Hill and the Safdies as Carmichael isn’t afraid to explore darker recesses of the mind with layers of comedy seamlessly woven in, On the Count of Three is a sharp, entertaining directorial debut.

On the Count of Three premiered at Sundance Film Festival.