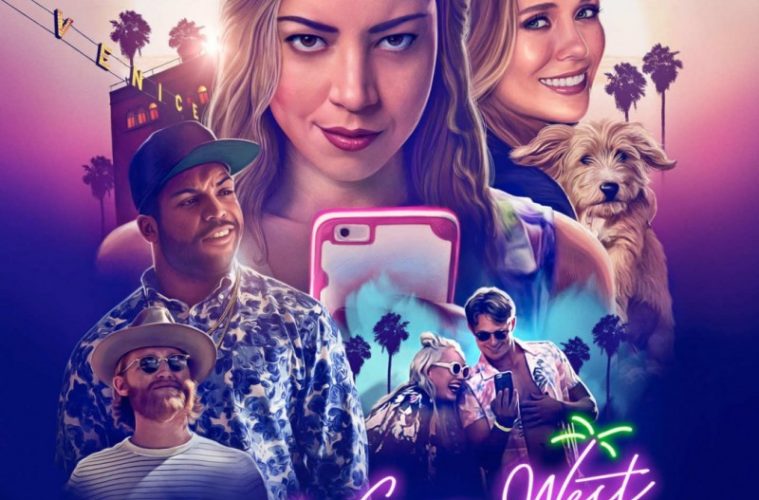 With a generation now largely measuring their self-esteem by the amount of likes on their Instagram feed, the veneer of a perfect life is a sought-after badge of approval. Call it a cynical observation, but the rush of personal achievement via double taps is an addicting one, especially so for Ingrid (Aubrey Plaza), a mentally unstable woman filling the lonely void left by her recently deceased mother with social media stalking. Upon reading an article in Elle, she sets her sights on Taylor Sloane (Elizabeth Olsen), an Instagram influencer who gets paid by companies to hawk their latest fashionable products. Using the $60,000 left by her mom’s will, she sets off to Los Angeles to hopefully make a new friend and thus begins the escalating deception of Ingrid Goes West.

In his directorial debut, Matt Spicer gets right what so many other films commenting on today’s technology obsession fail to capture: the aesthetic appeal of the technology. As Ingrid becomes attracted to Taylor’s seemingly perfect lifestyle, a flurry of her flawless Instagram posts rush onto the screen in visually overwhelming fashion, backed by Nick Thorburn‘s pop-infused score. By selling this appearance of the picture-perfect life, we can have a stake in Ingrid’s mission, despite how unhinged she comes across.

Ingrid gets initially acquainted with Taylor by stealing her dog in a ploy to return him when missing signs are posted. This perceived act of kindness evolves into Taylor and her husband Ezra (Wyatt Russell) — who come across as being among the elite class of chill L.A. hipsters — inviting Ingrid over for dinner. As the night goes on and their relationship deepens, Plaza burrows deeper into their life. Most of the uncomfortable comedy lies in Plaza — who couldn’t be better-suited for the role — and her artificial reactions trying to match Olsen’s inexhaustible enthusiasm in a world where she considers everything to be perfect and everyone to be amazing.

While the emotionally childish Ingrid hilariously playing off the uber-confident Olsen is an unnerving delight, O’Shea Jackson Jr. emerges as the break-out star. Sure, he did a flawless mimic of his father in Straight Outta Compton, but here is presents a whole new side with his comedic magnetism. As the landlord of Ingrid, he’s a Batman-obsessed budding screenwriter who has pitch-perfect timing and adorable charm. As his relationship to Ingrid oscillates from abject frustration to something more, he never misses a scene-stealing beat.

While we buy into her lavish life of avocado toast and expensive handbags, one wishes Olsen’s character was expanded on more, even if she’s meant to symbolize enigmatic success. Taylor gets put to the side when her obnoxious Ken doll brother (Billy Magnussen) takes over the plot, and while he’s undeniable effective in his douchebaggery, the dynamic between Ingrid and Taylor disappointingly starts to fizzle out. There’s also an issue with the finale, in which Spicer could’ve gone one daring step further to make a more affecting statement on the lengths one will go to for idolatry within social media.

In one of the best sequences of Ingrid Goes West, a blue-collar mechanic is berated by Taylor to get the perfect snap for her Instagram page. As she yells at him about the ideal angle and framing, he lays on the dirt and strains to oblige. This level of oblivious superficiality about the real world permeates every scene, suggesting Taylor is just as warped as Ingrid. Being a comedy that relies on the tension of Ingrid walking on her thin rope of lies, and when she’ll tip over the edge, Spicer and co-writer David Branson Smith excel at upping the ante with each situation. With flashes of The King of Comedy and even Cape Fear, Martin Scorsese will never make dark character study surrounding the craziest #WCW imaginable, so thankfully there’s Ingrid Goes West.