Sundance Review: Flora and Son is Another Winsome Musical from John Carney 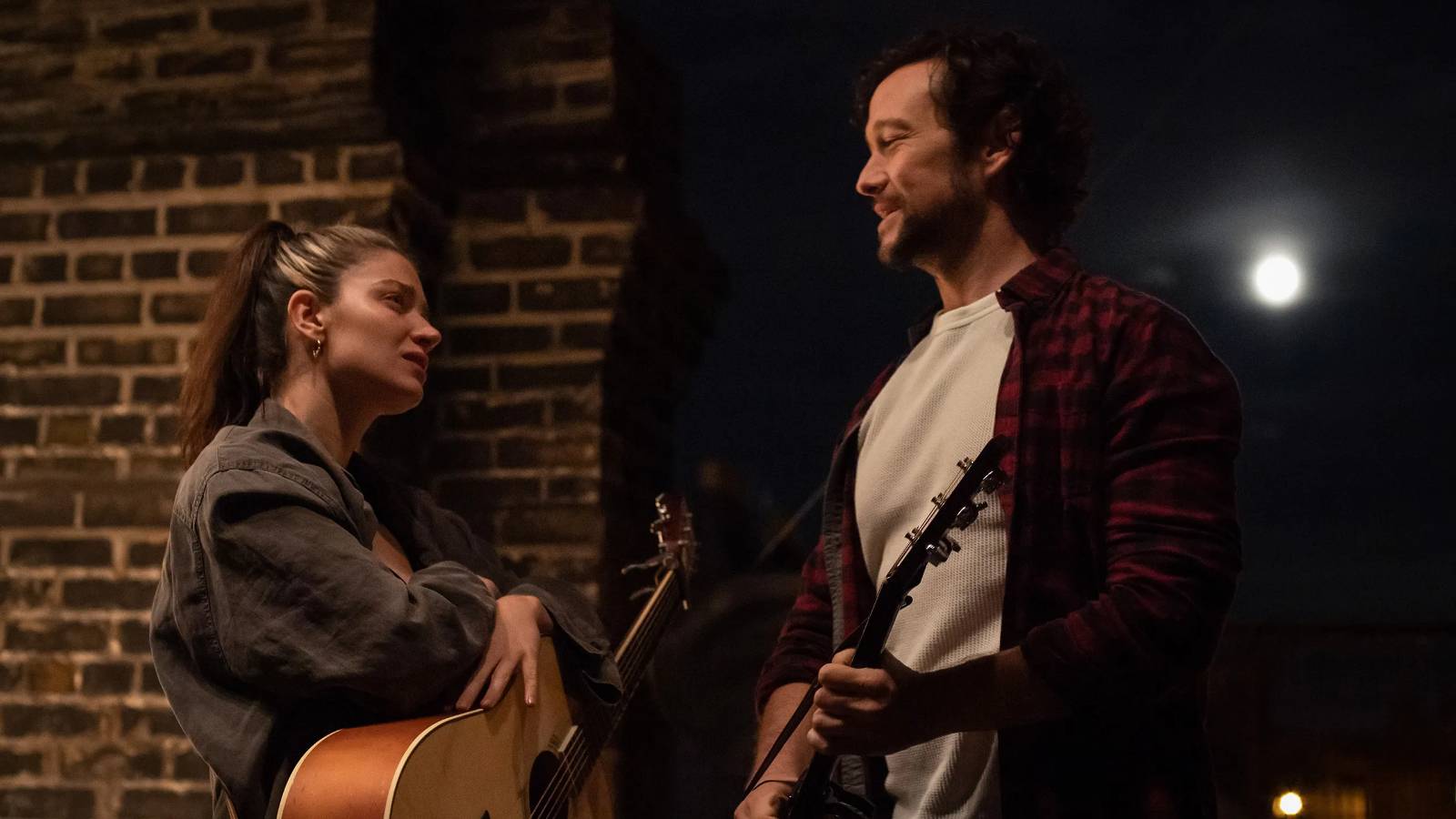 The career of Once and Sing Street director John Carney is a curious one, reiterating the same theme in each of his most notable movies: the power of music to heal emotional wounds and reconnect broken bonds. As his latest feel-good musical dramedy Flora and Son proves, he’s got this simple yet winsome formula down pat. Despite the machinations to tug each heartstring and coerce each smile being apparent from a mile away, Carney’s lively energy, flippant humor, and embrace of earnestness makes his latest work sing.

Eve Hewson––who made a mark in Steven Soderbergh’s The Knick and, being Bono’s daughter, certainly has at least an inkling for the world of music––carries the movie with a performance of magnetic zeal. A single mother raising her rebellious teenage son Max (Orén Kinlan), Flora is still on speaking terms with her son’s father (Jack Reynor), but mostly only to make fun of his new girlfriend. While his life is mostly now made up of slagging off, playing videogames, having a pint, and smoking weed, he did have his brief time in the music spotlight many years ago (his band opened for Snow Patrol) and the flame of fame is now long faded. Having their son when she was just 17, Flora never had the opportunity to follow her dreams. So when she happens upon a beat-up guitar in a dumpster to gift to her son, his rejection of the present leads her to thinking about starting to pluck the strings herself. In the search for music lessons, she comes across the online guitar teacher Jeff, a chill, Los Angeles-based whose music star aspirations have now faded, and played by Joseph Gordon-Levitt in a supporting turn well-suited to his skills.

As the pair quickly start learning more about their personal lives during the lessons, Carney juggles their endearing attraction with Flora’s immediate struggles of trying to keep her son out of juvenile prison. Being raised in the rabble-rousing, rough neighborhoods of Dublin, he has a way of getting in trouble, living in a complex where the other kids are acting a decade beyond their age, filming rap videos in which they feign a sense of wealth. Making no concessions to an audience unfamiliar with Irish slang or the mile-a-minute banter, Carney shoots us into this insular world with immensely entertaining flair. Synth-heavy rock blares in transitions between Flora flinging profanities and exuding a beguiling sexiness. Hewson is a flawed force of nature in the role, commanding each moment as her musical prowess develops into something that could go beyond her small Dublin town.

While Carney hints a bigger future might be on the horizon, he keeps the scope grounded. Beyond one fantastical flourish––depicting Jeff as if he’s in the same room as Flora during their lessons, creating a sense of intimacy the characters clearly feel yet can’t realize, being thousands of miles away––Flora and Son‘s tone is one of only slightly heightened realism. Finding humanity in all of his main characters, Carney examines how music can elevate a life of self-presumed stasis and mediocrity, and only when collaborating to combine skills is true happiness achieved. It’s a straightforward but endearing message, even if the third act feels a bit rushed and uninvolving until we reach a final ballad. Jeff and Flora’s romantic connection is also never fully realized, and the strongest emotional moment rings slightly cheap; Carney spotlights a live performance of Joni Mitchell’s “Both Sides Now,” which will bring anyone to tears, as Sundance’s only Best Picture winner has so recently proven.

Despite getting a bit out of his element in the lackluster Begin Again, with Flora and Son, Carney returns to the Once and Sing Street realm of knowing his characters and sense of place inside and out. With a lovingly crude sense of humor and finding the perfect star in Hewson to radiate sincere liveliness every moment she’s onscreen, Carney has crafted a winning tale of motherhood and music. Like a great pop song, Flora and Son may feel engineered for mass pleasure, but it’ll hum in your head long after the credits roll.

Flora and Son premiered at Sundance 2023 and will be released by Apple TV+.