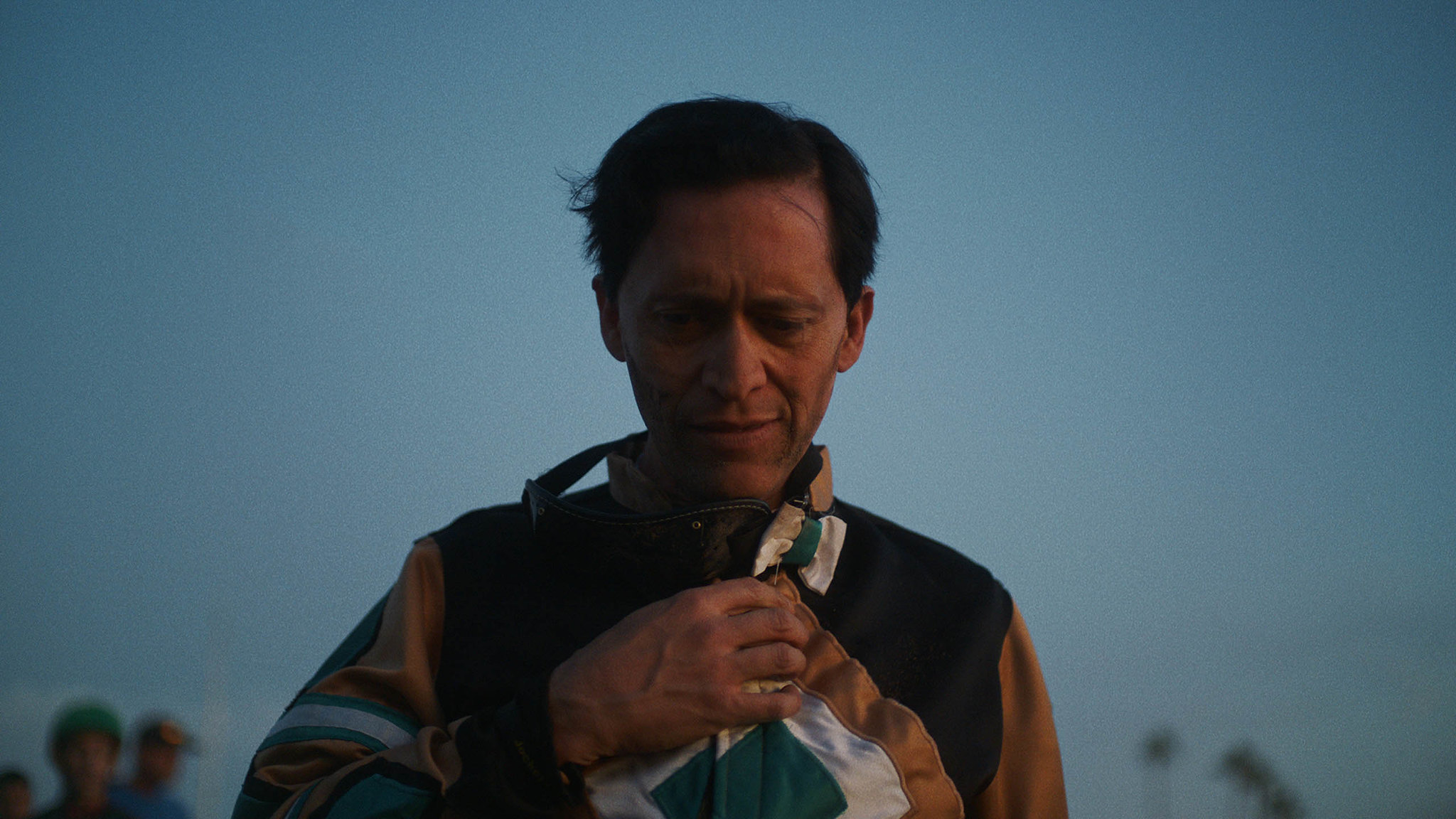 Clint Bentley’s Jockey sources its strength from its casting. Led by a career-best Clifton Collins Jr. and supported by more-than-solid performances from Molly Parker and Moisés Arias, the film leans on these three actors to tell a tried-and-true story. Bathed in the simmering goldenness of sunrises and sunsets, Jockey looks and feels like a classic sports movie, and a simple story about a man and a horse.

Written by Bentley, whose father was a jockey, and Greg Kwedar (Transpecos), the Sundance drama finds Collins as Jackson, a jockey past his prime who is looking to win one final title with an up-and-coming horse. He works with long-time trainer, Ruth (Parker), to build towards competitive success. It’s a setup that takes from decades of films that have come before it, albeit told with a beautiful glow in its setting. Told on a racetrack and in trailers existing as homes-on-the-move, Jockey deserves praise for allowing its actors, specifically veterans of the trade Collins and Parker, to breathe and be in moments of stillness.

With Arias, Bentley found a young actor who actually looks like he could be Collins’s son. The trio comprise the majority of scenes in Bentley’s film, and in the hands of a more A-list cast, this film could have delved into the melodramatic, the clichéd, and the well-worn. It eclipses its normalcy due to sensitive, affecting work from Collins, a face that we’ve seen countless times since he emerged in Hollywood in the 1990s. For most, he’s not an actor you may have rooted for as his roles have been in service to others, not having the opportunity to garner the attention of a leading man––until now.

As seen in Jockey, Collins finally secures such a role, one that emanates a weathered energy and poise highlighted in the films beloved in Old Hollywood, not far removed from underseen Nicholas Ray gem The Lusty Men. His character Jackson spends his time in pain, in conversation with other aging riders, risking their health for a minimal paycheck and major consequences. When Gabriel (Arias) shows up insisting that he’s his son, Jackson takes him under his wing, doing so with reluctance until he starts to believe the claims himself. They train together. They drink at bonfires together. They talk to “señoritas” together, as Jackson says in the film. Though Mads Mikkelsen might currently hold the title, Collins challenges him for the best drunk dancing by a middle-aged professional going through a crisis.

Void of much romance and tangible villains, Jockey highlights three people that seem decent and want to do the right thing. It’s somehow rare to see a sports movie without a visible opposing force, with time being the most menacing aspect of the film. Instead, Jockey looks at the interwoven relationships between these people, finding humanity and vulnerability in the way they treat one another. The film doesn’t have eyes for much else, capturing a window of life, succumbing to dialogue like “So, that’s it then,” putting the onus on Collins, Parker, and Arias to elevate a washed script.

Despite its not-so-original nature, Jockey finishes with a punch, sustained by the stamina of characters that aren’t abandoning this specific line of work. Bentley conjures real excitement through an always-gorgeous lens and dedicated actors. It’s a film about support and care––not as concerned with the terms that come with any type of relationship––and one with often undervalued actors that you hope will triumph. Talk about a winning combination.

Jockey premiered at the Sundance Film Festival and will be released by Sony Pictures Classics.