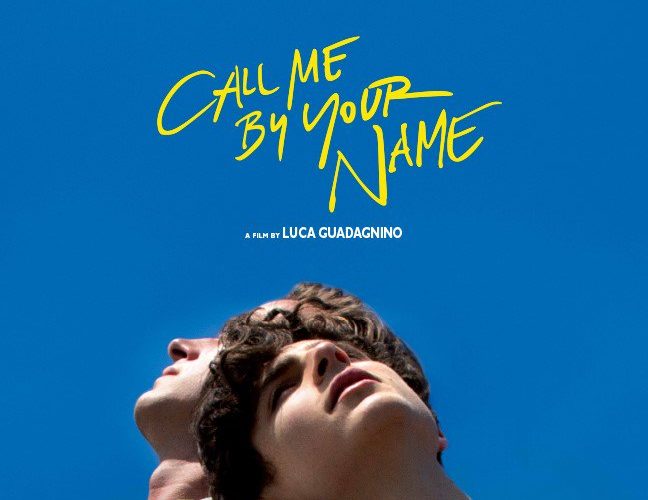 Sundance Review: ‘Call Me By Your Name’ is an Intoxicatingly Sexy and Disarmingly Nice Romance

“I have loved you for the last time,” Sufjan Stevens sings in his original song “Visions of Gideon” in Call Me By Your Name. It’s a moment of both bittersweet happiness and a farewell to a passion that won’t be replicated again for Elio (Timothée Chalamet) as, deep down, he knows his relationship with Olivier (Armie Hammer) is over after his six-week stay in their Italian villa. Luca Guadagnino’s disarmingly nice and intoxicatingly sexy film is an extraordinary queer romance, one that evocatively explores the body and mind’s surrender to lust and love.

Set in a sun-drenched northern Italy town in 1983, the 17-year-old Elio fills up his free summer hours reading, transcribing music, occasionally going out with nearby friends, and not much else. When Olivier, an chiseled older student from Rhode Island in the process of getting his doctorate, shows up to work with Elio’s professor father (Michael Stuhlbarg), he’s immediately smitten by his looks and confidence. Adapted by Guadagnino, James Ivory, and Walter Fasano from André Aciman’s novel, it’s a script of remarkable clarity as we witness this secret language of shifting boundaries.

When Elios and Oliver visit the local town one day, the former remarks about the site in front of them which held one of the most deathly battles of World War I. In an unbroken shot, they walk around opposite sides of the historic site, revealing as few words as possible about their heart’s desires. In between this division there’s the history of thousands of lives that have been lost, each with their own burning passions. For this moment in history, we’re watching two individuals at the height of their own. It’s a quietly staggering scene, one with gestures and glances that speak volumes about their mutual yearning.

While comparisons to recent queer dramas like Carol and Moonlight will inevitably be evoked due to the depiction of unspoken longing, it’s reductive and diminishing to compare these remarkably divergent films. Guadagnino’s latest has more in common with the calmness and sophistication of an Éric Rohmer film, with its conversations featuring classic literature, music, Greco-Roman art, and the films of Luis Buñuel bandied about. This also applies to its visual approach: in contrast to his previous pair of films, I Am Love and A Bigger Splash, the director’s camera is more patient while still achieving a vulnerable sensuality. Like Rohmer’s work, the film also basks in the splendor of its location as we travel through the northern Italy countryside.

Lucidly shot by Apichatpong Weerasethakul’s frequent cinematographer Sayombhu Mukdeeprom, Call Me By Your Name is most fascinated with the allure and seduction of the human form. The opening credits, which display photographs of famous Italian sculptures, foreshadow the physical presence of our leads, particularly Hammer’s Olivier. Guadagnino is director who clearly loves his actors and superbly conveys this through his perspective. As Elio gazes upon him, he frames Oliver, who is almost always shirtless sporting short shorts, from a low angle as he dances and swims, his imposing sexuality towering over the frame and disarming Elio.

Chalamet, who got big-budget experience in Interstellar and impressed in last year’s Miss Stevens — another film in which his character pursues a romance outside of societal acceptance — is a revelation. His timid reservation sheds away as his sexuality blossoms, exemplified when the camera tracks him dancing through spaces in their 17th-century villa. Whether its his attraction to Oliver, a female teenager visitor from Paris, or a peach, Chalamet conveys a sense of sexual awakening with flawless authenticity. An immense amount of emotional weight is eventually placed on his shoulders and the result of this is an unforgettably piercing image.

As Oliver, Hammer shows an entirely new side of warmth and charisma. The careful balance of not wanting to emotionally damage Elio then evolving to utter adoration when their relationship progress is acutely conveyed and their chemistry is utterly magnetic. While Stuhlbarg’s character is often in the background, he emerges with the film’s most devastatingly honest scene in a moment of acceptance and guidance in what should be the foundation of every parental guide-book.

To accompany the classical music is a trio songs from the aforementioned Sufjan Stevens, two of them original. Along with employing a new ethereal piano arrangement of “Futile Devices” in a moment of longing, the original songs have the feel of tracks off Carrie & Lowell, albeit with more of a wistful elation. For one of these songs, Guadagnino utilizes one of his few overt directorial flourishes: the effect of a film burn as a lonely Elio contemplates furthering their relationship, then later the visualization of a camera negative when he reflects on the time they have had. Both are fleeting flourishes, appearing only for a few seconds, but indelibly convey the passion inside Elio’s soul.

A feat of accentuated sound design, as hands run down staircases and across bodies, and arresting cinematography, luxuriating in the beauty of Italy and those that occupy it, Call Me By Your Name has the effect of being transported to this specific time and place. It’s a film of overwhelming empathy and playfulness as loneliness turns into gratification and desires are slowly manifested into reality.

Call Me By Your Name premiered at the Sundance Film Festival and opens on November 24.