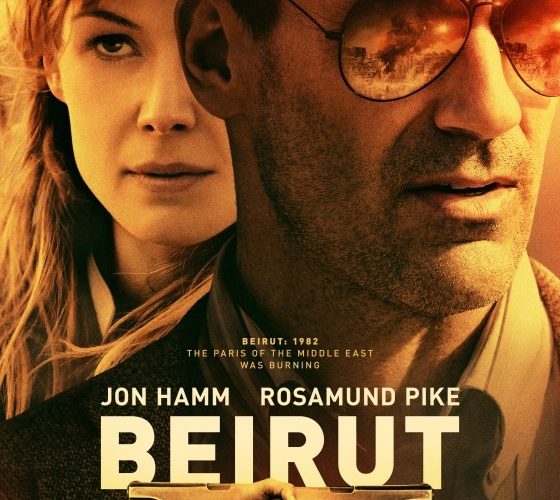 Sundance Review: ‘Beirut’ is a Xenophobic Thriller Absent of Thrills and Nuance

If ever you needed a reminder as to how much Hollywood still really, really hates Muslims, look no further than the opening of Beirut, in which Jon Hamm delivers a jaw-droppingly reductive “summation” of the situation in Lebanon circa the 1970s in which millennia of rich history are written off as nothing but a chain of ethnic groups backstabbing one another. If you need further reminders, you can watch… the rest of the film, which could have been written by Jack Shaheen’s most curdled rage nightmares.

Actual Lebanese people have almost zero representation in the story, which is an excuse for serious Americans doing their serious statecraft and doing their best to dance with the savage Arabs. Ignore anyone who claims Tony Gilroy’s script is good – references to Mason Skiles (Hamm’s character) as a onetime protégé of Henry Kissinger as meant to demonstrate how damn good he is at diplomating, rather than suggest he may be a monster. This is more mythmaking about America as a hapless would-be peacemaker in the Middle East, trying to sort out conflicts amongst less reasonable peoples, always getting “dragged into” quagmires which in reality the government had some hand in instigating.

And it doesn’t even have the decency to be a good thriller! If you’re going to make CIA propaganda, at least give me a future problematic fave instead of boring drivel.

The most entertaining part of Beirut is that it follows the plot model of “disillusioned retired pro gets pulled back into the action for one last job,” except instead of being a badass soldier or secret agent or whatever, Skiles is a former diplomat. Picture the “We need… your acting” bits from Team America, except played dead straight. In this case, Skiles is roped into returning to Beirut in 1982, in the midst of the Lebanese Civil War. Ten years before, he had quit after his wife died (of course) in a terrorist attack, and he has since turned to heavy drinking (of course). But the CIA needs him to help negotiate with a PLO splinter group which has kidnapped an old friend of his, and so he must confront his past and demons, etc.

Beirut manages to make life-and-death statecraft look as exciting as an episode of The West Wing. (I realize that a lot of people like The West Wing, so this comparison may not work as intended. For the purposes of this review, assume The West Wing is not exciting at all.) Director Brad Anderson’s lens is totally anonymous, sitting in rooms or cars with the characters and just watching them talk. Beirut has zero character as a setting, reduced to a generic backdrop of rubble and sand. It’s not a real place with a distinct culture in a time and political situation which any writer worth their salt could cull mountains of rich material from – it’s Scarymuslimabad, capital of Clicheistan. If I felt it stood any chance to gain widespread attention instead of getting a meek spring release which no one will attend, it’d be even more risible. Instead, it will likely just come and go, fading into the background radiation of Western hostility to Islam.

Beirut premiered at the Sundance Film Festival and opens on April 13.