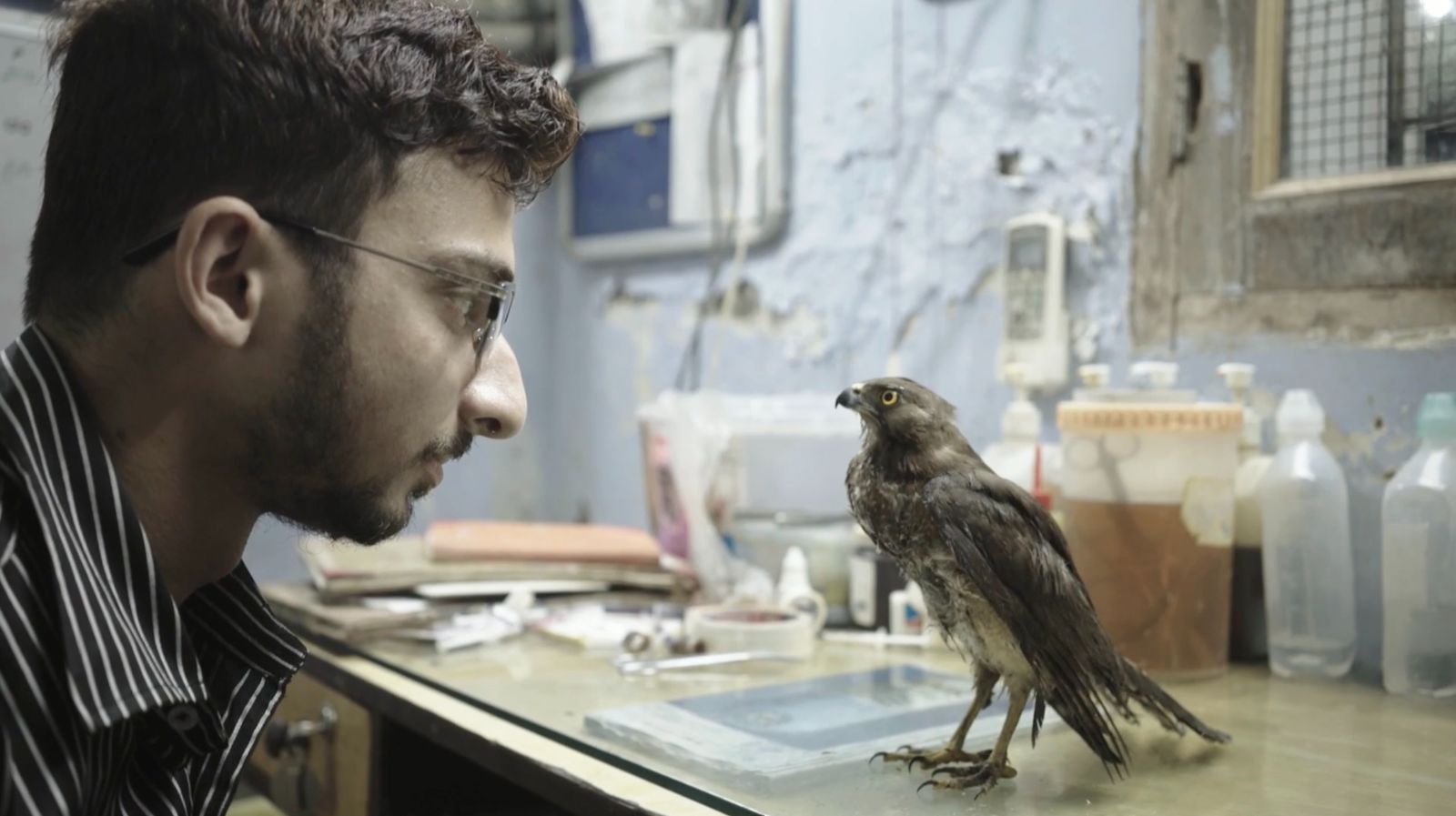 There’s no scarcity of documentaries on climate change; at the most recent Cannes Film Festival there was even a new program strand entitled “Cinema for the Climate” just to keep up with this ever-expanding genre. It was there Rahul Jain unveiled Invisible Demons, which took viewers into the air polluted streets of Delhi, where heatwaves and rapid floods have become commonplace. It largely focused on a journalist’s attempts to get local politicians to address the crisis and make changes. Her attempts were, depressingly and unsurprisingly, futile.

Invisible Demons frequently came to mind throughout All That Breathes, Shaunak Sen’s powerful documentary looking at unspoken victims of Delhi’s crisis: the birds and other wildlife struggling to survive an increasingly hostile habitat. The twin issues of climate change and Delhi’s ensuing air pollution remain largely unspoken factors in Sen’s film, which in its best moments constructs elaborate tracking shots detailing the full scale of devastation caused by extreme weather conditions. Images of rats scurrying across a desolate wasteland or wildlife finding a new habitat in puddles caused by flooding (the reflection of a plane clearly visible over them) wind up saying far more than if the film fully, directly grappled with these horrors, largely refraining from interviews with subjects to examine the damaged world they work in.

The focal point of All That Breathes is brothers Nadeem Shehzad and Mohammad Saud, who, alongside volunteer Salik Rehman, operate Wildlife Rescue. Their central aim is helping house the protected avian species in Delhi, namely the Black Kites. Over the years their charity has helped treat more than 20,000 birds, the group roaming across the breadth of the city to treat any injured species they can find. They previously received international attention for their efforts, including a 2020 New York Times profile referenced here, but much of their work is impeded by the struggle to receive international funding. This is largely due to other political developments at home, and events in this film coincide with the right-wing populist government’s attempts to prevent people of Muslim descent from migrating to the country––an act of religious bigotry that goes against India’s constitution. A tidal wave of Islamophobia is on the horizon, the brothers fearful because of their own religious backgrounds.

If there is a flaw to All That Breathes, it’s that these events are tied together in a manner that may be a bit too on-the-nose for many tastes—e.g. using the term “vermin,” an insult often hurled toward immigrants, to tie the struggles of a persecuted group in society and the overlooked species nobody is caring for. Sen’s film initially uses this political context to highlight why the ruling Hindu nationalist government is too busy causing fires to put them out. It eventually blossoms into a far more damning film, addressing how even without the widespread racism in Indian society, the country’s environment remains hostile to citizens through years of inactivity to fix it. If these two arguments never neatly coalesce, their impact can’t be denied––it may be broad, but when faced with unimaginable circumstances like these, it’s hard to call for subtlety, as frustrating as the finished product may be allegorically.

If anything, the documentary frames the government’s attempts to alter the constitution as a successful distraction from a much larger problem, causing the public to protest new policies as the hellscape they live in continues being normalized. This is why the small moments away from India’s political crisis, and the daily work of Wildlife Rescue, proved most impactful; the sight of the Wildlife Rescue team eating ice cream cones in torrential rain on the eve of devastating flash floods, or the hogs in the city’s outskirts moving to a new habitat as the world indifferently moves on behind them. That devastating conditions have become so commonplace to never be directly referenced in several scenes might be the most powerful critique offered here.

Cinematographer Ben Bernhard constantly finds new ways to illustrate how nature quietly co-exists with the people in one of Earth’s most air-polluted cities, cleverly deploying innovative tracking shots and experimentation with depth of field to highlight just how overlooked many creatures in this habitat are. There might be some justifiable cause for concern a documentary dealing with two very real crises focuses so extensively on its aesthetic attributes, but for this viewer the choices in cinematography further aided its storytelling––highlighting just how invisible devastation to the city’s nature is for those who live there. It’s one of the most powerful cinematic approaches to the climate crisis yet made.

All That Breathes premiered at the 2022 Sundance Film Festival.