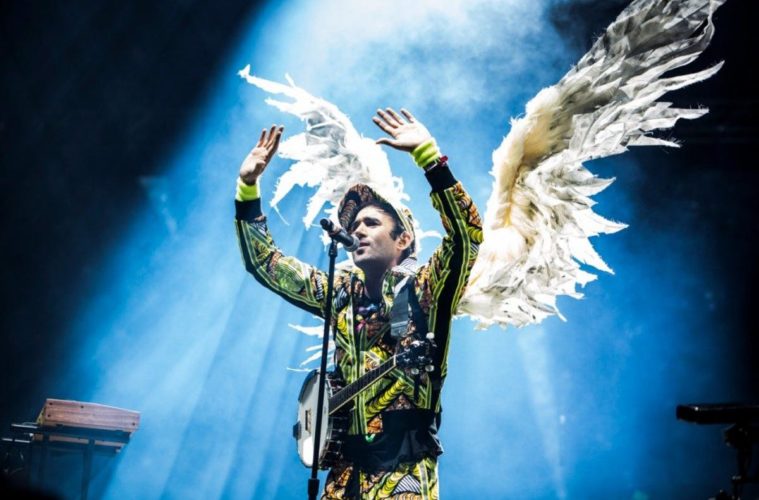 Update: Asthmatic Kitty has announced Sufjan Stevens and Lowell Brams’ new album Aporia has been released early. Listen below or on Spotify.

Following 2015’s stellar Carrie & Lowell (and the even better live album version), Sufjan Stevens kept busy providing tracks for Call Me By Your Name, releasing side projects, a few great singles, and more, but those enduring the wait for his next album can now rest easy. It’s been announced and, as expected, it’s totally unexpected.

Titled Aporia, the 21-track “mostly instrumental” album is a collaboration with his stepfather Lowell Bram, with whom he co-founded the label Asthmatic Kitty. Described as a “new age” album—and here’s where the film angle comes in—it was partially inspired by the scores for Blade Runner, Under the Skin, Hereditary, and The Last Temptation of Christ.

“In the spirit of the New Age composers who sanded off the edges of their synths’ sawtooth waves, Aporia approximates a rich soundtrack from an imagined sci-fi epic brimming with moody, hooky, gauzy synthesizer soundscapes,” the press release notes. “The album may suggest the progeny of a John Carpenter, Wendy Carlos, and Mike Oldfield marriage, but it stands apart from these touchstones and generates a meditative universe all its own. Aporia is no mere curio in Sufjan’s catalog – but a fully realized collaborative musical piece.”

Listen to the first single below, along with the playlist of inspirations. Also available is the track list and cover art for the album arriving on April 27.

Update: Listen to the second single below.