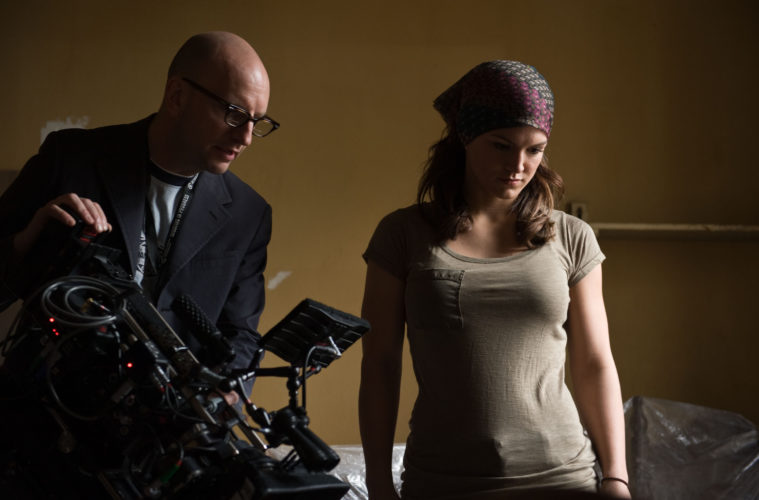 Steven Soderbergh on Not Returning to Features, Lost Films From Female Directors, ‘Brooklyn’ Talk, and More Steven Soderbergh tells THR why he has no interest in directing another theatrical film:

Just from my very personal, subjective point of view, I don’t have an interest in making another theatrical film unless my attitude changes or the business changes. There are a series of things that have contributed to it — I think the audiences have a played a role, the studios have a role in it — but film is increasingly fear based in its decision-making, and that’s not a good base to be creative.

Green Room, The Club, and more are among this year’s Fantastic Fest winners.

Sadly, the silent period was a time when more women were involved in the craft of films. (See Pamela Hutchinson’s Primal Screen column in our October issue.) Cinema was yet to be heralded as an art form. Before the hierarchy of the studios was constructed, filmmaking was a cottage industry where job roles were fluid and it was far easier for women to find work in various positions behind the camera. Thinking about the number of lost films directed by women makes you wonder: if more silent films by female filmmakers had survived, would our impression of film history be different?

Before exploring the possible answers — Mais non! Good riddance! Who cares? — we should perhaps define our terms. The word “snob” has a contested etymology and an interestingly tangled set of uses. According to the Oxford English Dictionary (no second-rate sources here; what do you take me for?), it originated in the 18th century as a term for a shoemaker. For much of the 19th century, it was used to refer to persons of “no breeding.” According to the Oxford website, “in time the word came to describe someone with an exaggerated respect for high social position or wealth who looks down on those regarded as socially inferior.” A pretender. A poser. A wannabe. An arriviste.

Denis Villeneuve’s Sicario opens with a stunning set piece, one which in a matter of minutes descends from rum-dum-dum militaristic action to a level of guttural horror unprecedented in most scary movies, much less police procedurals. You’ve perhaps seen hints of this scene in the trailers: a SWAT team, lead by Emily Blunt’s FBI agent Kate Macer, descends upon a suburban house in Arizona in an attempt to rescue hostages held by cartel affiliates. All contextual exposition is delivered in medias res, as an armored vehicle bears down on the innocuous house and then, in the first hints of the sensory bludgeoning to come, smashes right through the front of it. A brief, hazy firefight ensues, and it’s in the aftermath, as gun smoke clears and our ears are still ringing, that the police make their grisly discovery. The walls are full of corpses; bound, bloodied, just beginning to decay; bodies twisted into a slack, despairing frieze. Their heads are covered in plastic bags, obscuring their faces just enough to let our imaginations go to work.