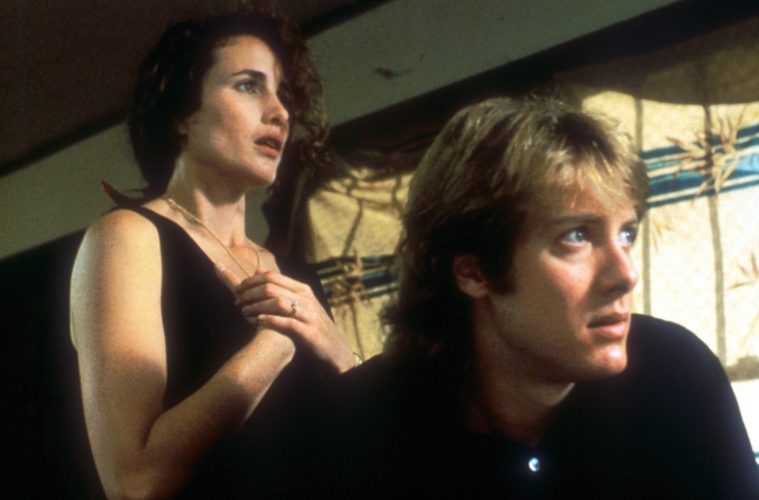 The pleasure of a new Soderbergh movie is almost eclipsed by the emergence of Soderbergh interviews, characteristically a mingling of intense technical know-how with smarter-than-the-average-bear pontificating on where the industry’s going. This of all years is the time to hear his thoughts, as provided in a great Daily Beast chat, though there is interest in his latest spurt of productivity: during quarantine the man’s reedited Kafka, Full Frontal, and Schizopolis—the first being a rejigging, the others being a condensing—and written a sequel to his breakthrough sex, lies, and videotape, about which little has been known and equal’s been possible to imagine.

A new chat with Amy Taubin in Filmmaker yielded answers. Turns out the follow-up sprang from his desire for “a movie about the two sisters 30 years later,” driven by the fact of one having a child “about the same age that she was in the original.” Andie MacDowell and Laura San Giacomo will return (so I say as if they’re James Bond). No word on when production commences, but with his thriller No Sudden Move apparently in post and Soderbergh’s pace being what it is, one wouldn’t be shocked to find sex, lies, and [something pertaining to the current video landscape] streaming on HBO Max this time next year.