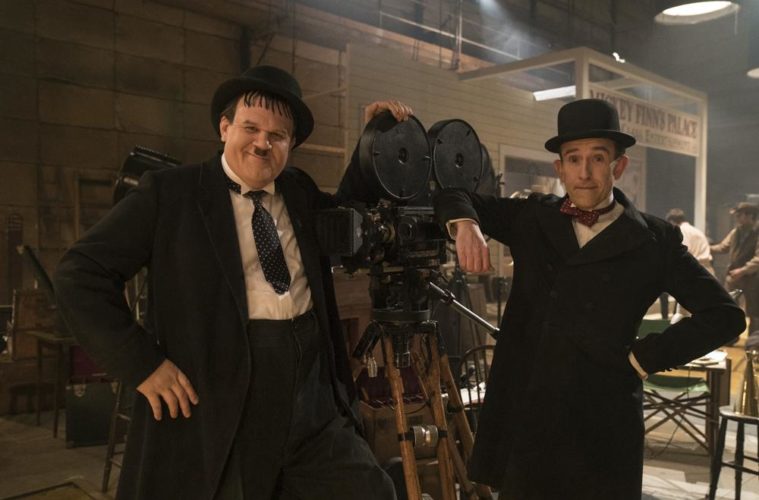 If you are the reasonable type of person that always needs more John C. Reilly in your life, this fall is shaping up to be a satisfying one. Along with The Sisters Brothers, Ralph Breaks the Internet, and Holmes and Watson, the actor is also leading a biopic capturing comedy legends Laurel and Hardy. Stan & Ollie, also starring Steve Coogan, will premiere at the BFI London Film Festival and now the first trailer has landed.

Directed by Jon S. Baird (Filth, Green Street Hooligans) and written by Jeff Pope (Philomena), the film isn’t the usual entire life story of the duo, but rather depicting their farewell tour. Judging from the trailer, there’s only a bit of comedy to be had as it delves more into the drama and emotion of their working relationship. Also starring Shirley Henderson and Nina Arianda, see the trailer below.

The true story of Hollywood’s greatest comedy double act, Laurel and Hardy, is brought to the big screen for the first time. Starring Steve Coogan and John C. Reilly as the legendary movie icons, Stan & Ollie is the heart-warming story of what would become the pair’s triumphant farewell tour.

With their golden era long behind them, the pair embark on a variety hall tour of Britain and Ireland. Despite the pressures of a hectic schedule, and with the support of their wives Lucille (Shirley Henderson) and Ida (Nina Arianda) – a formidable double act in their own right – the pair’s love of performing, as well as for each other, endures as they secure their place in the hearts of their adoring public.