Space Jam: A New Legacy Review: An Air Ball of a Sequel 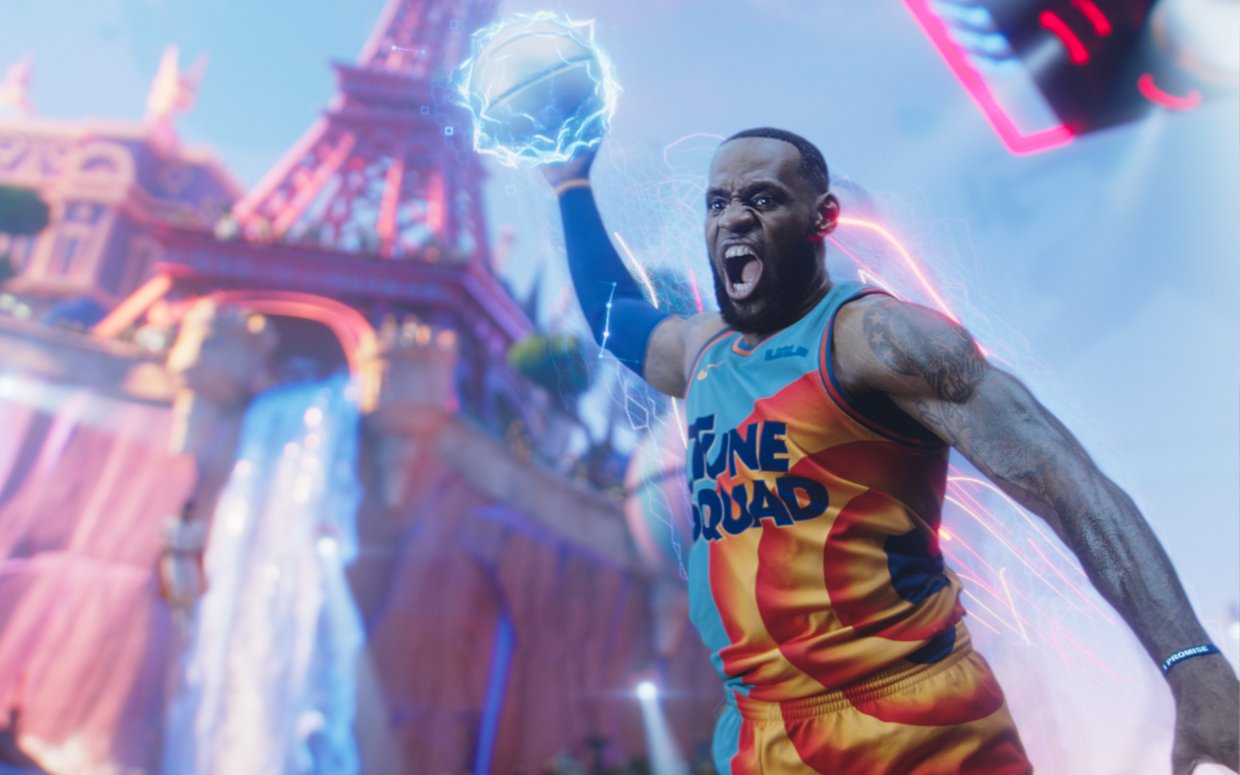 It was hard to walk past a downtown Toronto McDonald’s and not feel some twinge of melancholy seeing the tie-in for Space Jam: A New Legacy advertised on its glass window. After all, it seems more than ever that the future you were promised as an adult has, if anything, just become a worse imitation of the past. Though let’s not get too heavily into the ghosts of this writer’s life, but rather the corporate stakes at hand with this long-gap sequel––necessary when Malcolm D. Lee’s latest film serves as something like a state of the union for Warner Bros., who will likely be referenced throughout this review as if they’re a character.

In what seems to strangely mirror a story from early 2020 that the studio would use AI to greenlight movies, we find lurking in the Warner Bros. archive (or rather ServerVerse) Al G. Rhythm (Don Cheadle), a malevolent computer program they’re using in creative decisions. His latest pitch: incorporate LeBron James (playing himself)—who, besides being possibly the greatest living basketball player, is a “family man, entrepreneur and social media superstar”—into various WB intellectual properties such as Batman, Harry Potter, and Game of Thrones. But this doesn’t jibe with the superstar’s mantra to keep his mind on the court, as established in A New Legacy‘s prologue. Things, of course, change when James’ son Dom (Cedric Joe)––who plans to pursue video game design instead of following his father’s athletic footsteps––finds himself lured into the ServerVerse by the villainous program.

Having to save his son, James enters the ServerVerse, where he’s told that in order to get Dom back, he must—yes—win a game of basketball within the digital archive. He’s first dropped into the desolate TuneVerse, populated only by a Bugs Bunny (sounding a little off) who’s been ditched by his compatriots into other factions of the Warner Bros. canon, e.g. Mad Max: Fury Road or Casablanca. James is eager to recruit King Kong or a DC superhero onto his team for the decisive match; Bugs seems intent on getting the band back together to recreate the glory of 1996. And while much of the fodder involving LeBron’s son being torn between two different father figures is dull family-film fare, there is—maybe too generously speaking—something at least a little interesting about Bugs’ quest to recruit his old friends mirroring our own nostalgic desires. After all, doesn’t Bugs’ eternal smartass grace or Daffy Duck’s raging insecurity still hold a little more comic appeal in adult life than the comparatively anodyne Disney icons Mickey and Donald?

Yet A New Legacy fails to deliver on Who Framed Roger Rabbit-type spectacle, despite its exciting formal conceit of being able to weave between live-action and flat or CG animation. What felt like the twentieth sighting of Pennywise and the Penguin as extras cheering court-side during the climactic game exemplifies this film’s lack of imagination in visualizing basketball, or rather its digital universe.

There’s certainly no image as striking as Wayne Knight being blown up full of helium like a balloon. Just compare how relatively innocent, say, the Pulp Fiction parody was in the original, as opposed to how Elmer Fudd showing up as Mini-Me here feels more like Warner Bros. trying to suss audience interest in an Austin Powers reboot. And not to keep singing the praises of a cynical enterprise jumpstarted by a Nike commercial, but: it feels inexplicable why this sequel is 30 minutes longer and makes its predecessor resemble some example of strong, classical storytelling. At the very least, Michael Jordan rediscovering his love of the game with help from the Looney Tunes feels like a more coherent, honest assertion of a superstar’s brand than some message about “doing you” inside a giant ad for what’s available to stream on HBO Max.