Son of the White Mare Review: A Striking Hungarian Animation Gets Restored 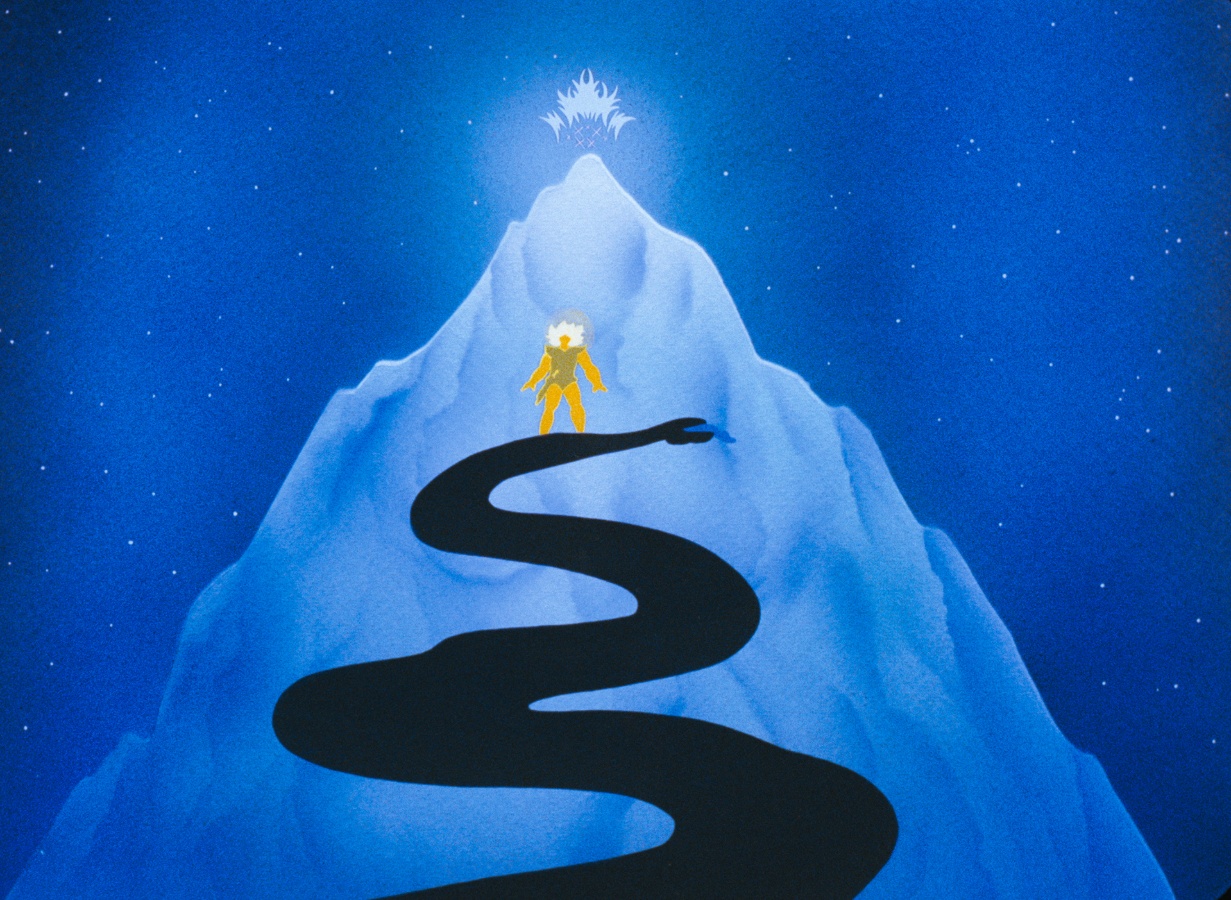 It seems to have faded away a bit, but one of the easiest strawman critiques of a movie is, “It’s like a video game.” The response is two-fold: a.) That often doesn’t matter, and b.) That isn’t inherently bad. It’s more of an incidental quality, but in the event it isn’t, it need not be pandering. See Son of the White Mare, the 1981 Hungarian gem based on a László Arany poem and traditional Eurasian Steppe mythology. It traces back centuries. It’s also very of its time. Now Marcell Jankovics’ feature debut gets a 4K restoration based on the original 35mm negatives, and the result is a striking mix of centuries past, prog psychedelia, and an Atari 2600 game. And no, that isn’t a bad thing.

If anything, it makes it a bit more accessible than its veneer initially implies. Reflective symmetry fractals out; strobe effects come soon after. With this comes the birth of our protagonist, Fanyüvő, from a horse. His mother nurses him for years and years, and it’s when he grows to full strength that she dies. Now going by Treetearer, he sets out to rectify the tales he learned as a kid. Apparently this world’s deity has lost its powers at the scales of three dragons, which have each captured a princess. What the movie sometimes lacks in conflict it makes up with a style indebted to its culture and specific to its time of release.

In fact, it’s a parade of trippy images for a good amount of its first act. It’s softer than, say, Fantastic Planet, but it’s much more aggressive in style. Environments and characters comprise of tendrils and basic geometric shapes. Shots largely hold onto near-monochromatic color schemes, and the lighting and shadow work is askew enough to be surreal. But it’s still lumpy; it’s still soft. Electronic synths purr and hiss all the while. It’s all these decisions that form Son of the White Mare’s main draw, as everything else is admittedly sort of an afterthought.

It’s when Treetearer goes to defeat the dragons that more archetypes come into play. As it happens, they’re his long-lost brothers, Stonecrumbler and Ironkneader. Neither character is too easy to emotionally latch onto––no one is, really––but that never fully distracts. The movie is a myth. It’s also an emblem of the late ‘70s and early ‘80s, a fluid piece with a perspective so spatially and temporally unstuck that its shortcomings don’t hurt it too much. Are the damsels or their captors adequate MacGuffins? Not entirely, but perhaps that isn’t the focus.

Instead, Son of the White Mare is much more honed in its characters’ masculinity. It, like its visuals, folds in on itself until it’s more for show than tell. (As if that weren’t obvious, the film is absolutely rife with phallic and vaginal imagery.) It’s as distracting as you want it to be. It means as little or as much as you read from it. Yes, it’s an old story, but it’s also one keyed into the iconography of the times. It damn near is an actual Rorschach test in motion.

Son of the White Mare opens in Virtual Cinemas on Friday, August 21.