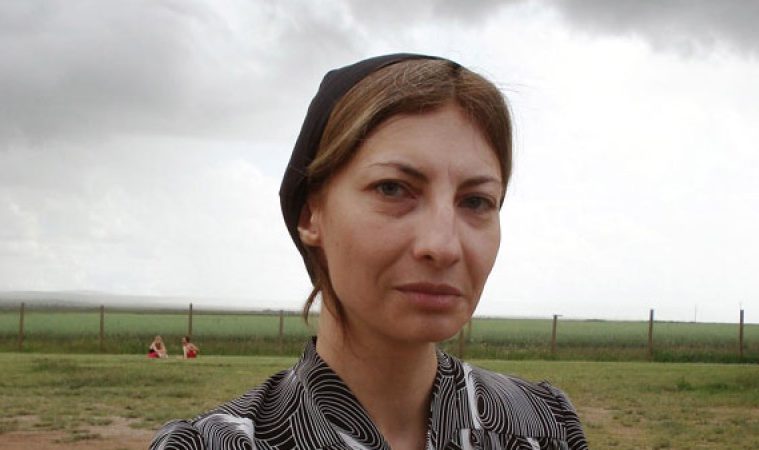 “Amen” is the first word uttered in Silent Light — an appropriate and reverent punctuation to follow the glory that director Carlos Reygadas unveils in the film’s opening minutes. Beginning in a milky, celestial darkness that then twists away from the heavens and tracks forward into earth’s blazing, tree-flanked horizon, Reygadas draws the stage curtains of this universe with a time-lapse sequence of a northern Mexico sunrise. The sounds of livestock, birds, and insects swell like a primal symphony; they are gatekeepers keeping watch o’er a familiar land made bizarre by this aboriginal gaze. Yet the opening prayer doesn’t end in the field, but a farmhouse. A Mennonite family sits around the breakfast table anticipating the word. All heads are bowed and eyes and mouths shut as the father sits patient and stoic, as if looking for a breach in meditative spirit in which to conclude their grace. The mother lifts her head and softly stares at him, a genteel yet troubled gaze. The waiting burdens the air as tension reaches a crescendo — then, finally, the word.

It’s this family with whom the narrative is concerned, and the opening sequence imbues the film with a promethean quality that implies the vast otherness of their world. Set in the milieu of Old Order Mennonites living in northern Mexico, Silent Light is about a common man’s wrestling with the demands of his faith and the desire of his flesh. Johan is married to Esther but has fallen in love with Marianne. These competing passions lead him to a crisis of faith: he cannot reconcile the division in his heart, especially since he feels that God has placed him in this situation. Reygadas lays the tension out with an austere simplicity. He is not interested in finding quick resolution but in slowly immersing the situation and audience into the world containing this story. It’s both cosmic and personal.

Carl Theodor Dreyer’s masterpiece Ordet often comes up in writings on this film. There are indeed similarities in narrative and theme: a believer’s faith tested by impossible circumstances, there is the staging of the death and resurrection of a certain character, names and likenesses are shared, and we witness the centralization of a staunch religious community. And while Reygadas does indeed find inspiration in Dreyer, there’s no need to belabor a comparison wherein Silent Light is seen as the inferior or borrowed work. Each is fruitful according to their respective fascinations in this vast, shared subject.

Reygadas’ formal concerns are where he diverges from Dreyer comparisons. Silent Light is an expansive vision shot in widescreen, mostly static shots. Scenes are flattened in perspective, as if almost every image were a landscape. This spatial approach imposes a paradigm of egalitarianism upon land and person. Close-ups are like horizons, and landscapes like faces. When Reygadas does move his camera, it is to highlight what’s in the foreground by tracking forward or to switch perspective with a slow pan. His sustained patience yields a texture of graciousness, as if opposing the notion that the universe is an oppressive, fatalistic force and positing it as one where there is liberty and consequence in equal measure. The existential weight of one’s faith may impede desire and action, yet the world these men and women function within allows them free will — even if that means they sometimes choose to remain static.

Time is also given to asides that don’t amplify the conflict so much as build an emotional and textural world around it. (Reygadas acknowledges that even a man’s outright infidelity must be treated delicately, since there are lives lived adjacent to it.) There’s a lovely reverie that takes place when the family visits a creek to bathe. It’s an immersion into a moment of experience, an invitation to be present and to partake of life’s small beauties. Shots of the kids swimming in the water, bathing, talking quietly, and playing in the grass are observed as simple vérité delights. And when Johan seeks counsel from his father, the scene starts as an observance of process: a morning begun by his father and mother milking cows. When he and his father venture out of the barn into the snowy expanse, the camera does a full 360-degree pan of the landscape, an envelopment in a gloriously pure domain.

Johan’s conflict does come to a breaking point when one character is no longer able to bear the weight of the affliction. Despite the guilt of religious burden, this is indeed a merciful world, and that character’s passage from misery to solace is dealt with in a way that doesn’t yield tragedy but genuine hope. Reygadas chooses not to play by the rules of realism but to allow cinema to function in a fantastical, transformative way that’s not often permitted. Silent Light is a film where everything that lives and breathes is precious, and so life doesn’t have to be annihilated just for lessons to be learned.

Every frame is embedded with a profound reverence for its subjects. There is a visible closeness between Reygadas and his actors, as if the film weren’t just a straightforward narrative film but also part documentary. Using mainly non-actors from actual Mennonite communities in Mexico, Reygadas utilizes their rudimentary skills much like Robert Bresson or Eugène Green: as a means to craft vessels out of characters. The frank simplicity of the inexperienced yields an honesty that Reygadas complicates with his narrative. That’s why Silent Light has the feeling of pure observance — that and the belief of these Mennonites that one shouldn’t have their image captured.

The concept of the graven image, and therein the sanctity of life, coheres this work. It took Reygadas years to convince Cornelio Wall, who plays Johan, to allow him to film his community. (That it was the story of a doubting Mennonite adulterer was an obstruction as well.) In a world full of images and imagemakers, it is impossible to fathom an entire society whose pictures haven’t been taken — not to mention one that believes this is a blasphemy against our very creation. Their reasoning comes from Exodus 20:4, which commands the Israelites — and, now, Christians — against the worship of images (i.e. creation) over God (i.e. the Creator). Silent Light feels like something ancient: it’s a film filled with people who have never been in front of a camera. It’s an anomaly in our modern age. When the cosmos twist into being at the beginning, it’s an invitation into a world no one has ever witnessed on camera before. It is part-documentary, a vérité discovery, and also a work about us all: these are a sort of mythic, primal people, yet ones who can speak in the truths that we ourselves know. The universe is a vast place, full of mystery and delight, shared by a host of faces overseen by a singular silent light.