SDAFF Review: Chess of the Wind is a Long-Lost Iranian Film That Bristles with Brilliance 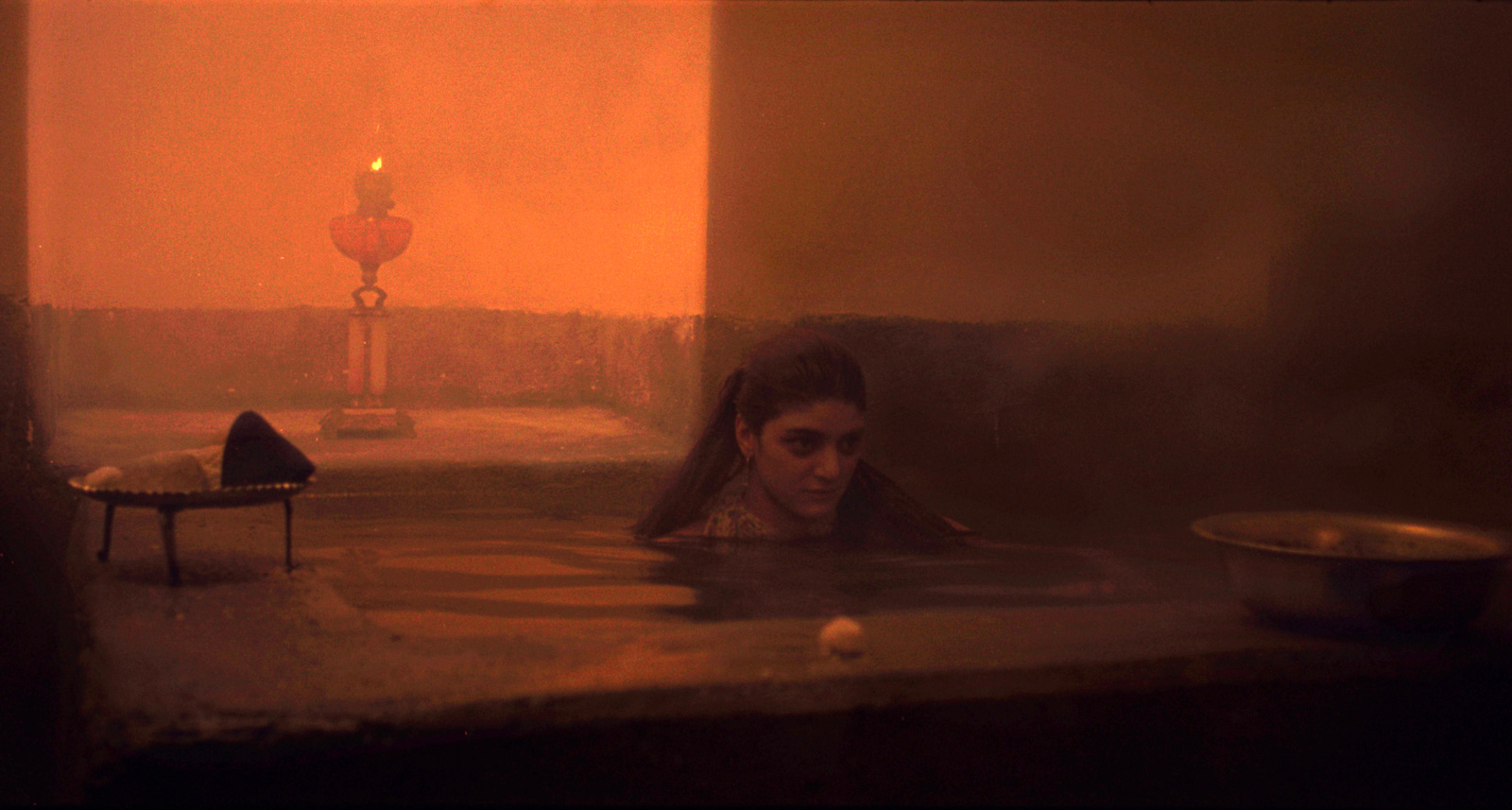 During a particularly nasty argument early in Chess of the Wind, autocratic patriarch Amoo (Mohamad Ali Keshavarz) scolds his two sons for speaking in naïve absolutes. “Always is something for God,” he grouses with the faith of a confidence man. Taking advantage of life’s uncertainties feels like second nature to this snake, whose wealthy wife has just died and left him with the spoils of her family fortune, much to the chagrin of the matriarch’s grown paraplegic daughter (Fakhri Khorvash) and her conniving maid (Shohreh Aghdashloo in her first role).

At each other’s throats from the very beginning, these begotten characters are trapped in the same dusty mansion, each trying to figure out the next power move that will render their opponents penniless and ashamed. Verbal lashings slowly devolve into more deceptive acts of aggression. All the while, a piercing score of wind instruments bellows through the once lavish interiors. If the allegorical implications of the plot are somewhat obvious, the ways in which Chess of the Wind utilizes small, devious details to achieve this goal are anything but.

Some kind of ghostly cross between melodramatic chamber piece and bleak neo-noir, Mohammad Reza Aslani’s bristling debut film takes place during the last gasp of Iran’s Qajar Dynasty in the 1920s but seems eerily prescient to the country’s political moment immediately before the 1979 Islamic Revolution. In fact, the film was only screened once after being released in 1976 and thought lost because of the country’s turbulent ideological upheaval.

As if to remind us that nothing stays buried forever, film negatives of Chess of the Wind were discovered in 2015 at a Tehran antique shop, leading to the pristine restoration produced by Cineteca Di Bologna and The Film Foundation. This bracing story of decaying opulence and scurrying greed calls to mind the aristocratic tragedies of Visconti, but owes just as much to Italian Giallo in the way it uses long, suspenseful camera movements to descend grand staircases and slither through stately corridors to explore violent acts of voyeurism happening right under our noses.

Aslani occasionally cuts away to a repeating shot of workers doing laundry in the courtyard fountain. As the camera glides over the water, these women gossip about their employers but also lament their own personal problems. And yet none of these travails carry with it the punishing immoral burdens weighing down the main players, who choose to embrace patterns of dominance, submission, and betrayal in order to survive.

Over the course of its runtime, Chess of the Wind manages to brilliantly oscillate between art house aesthetics and B-movie sleaze. The deteriorating mental health of the film’s tortured protagonist helps lay the groundwork for this dynamic, using the tropes of classical Hollywood thrillers (missing body, loaded gun) with an increasingly subjective psychological space (off screen laughs, creaking floorboards). All of this built up tension suddenly releases in the film’s finale, an aesthetic earthquake in which Aslani’s tracks the now crazed invalid slithering down a set of stairs to find her cackling tormentor.

Chess of the Wind is a shining example of how familiar genres and tones can meld together to form something that feels brand new. It carries with it the violent urgency of impending change, but also the stagnate rot of class division, gender inequality, and corruption. Watching these two realities constantly collide within such tight confines becomes something to behold, even as the tides of revolution threaten to render their entire purpose moot. In this sense, Aslani’s film is even more ruthlessly bleak than most of its American and European genre forefathers.

Chess of the Wind is playing at the San Diego Asian Film Festival.