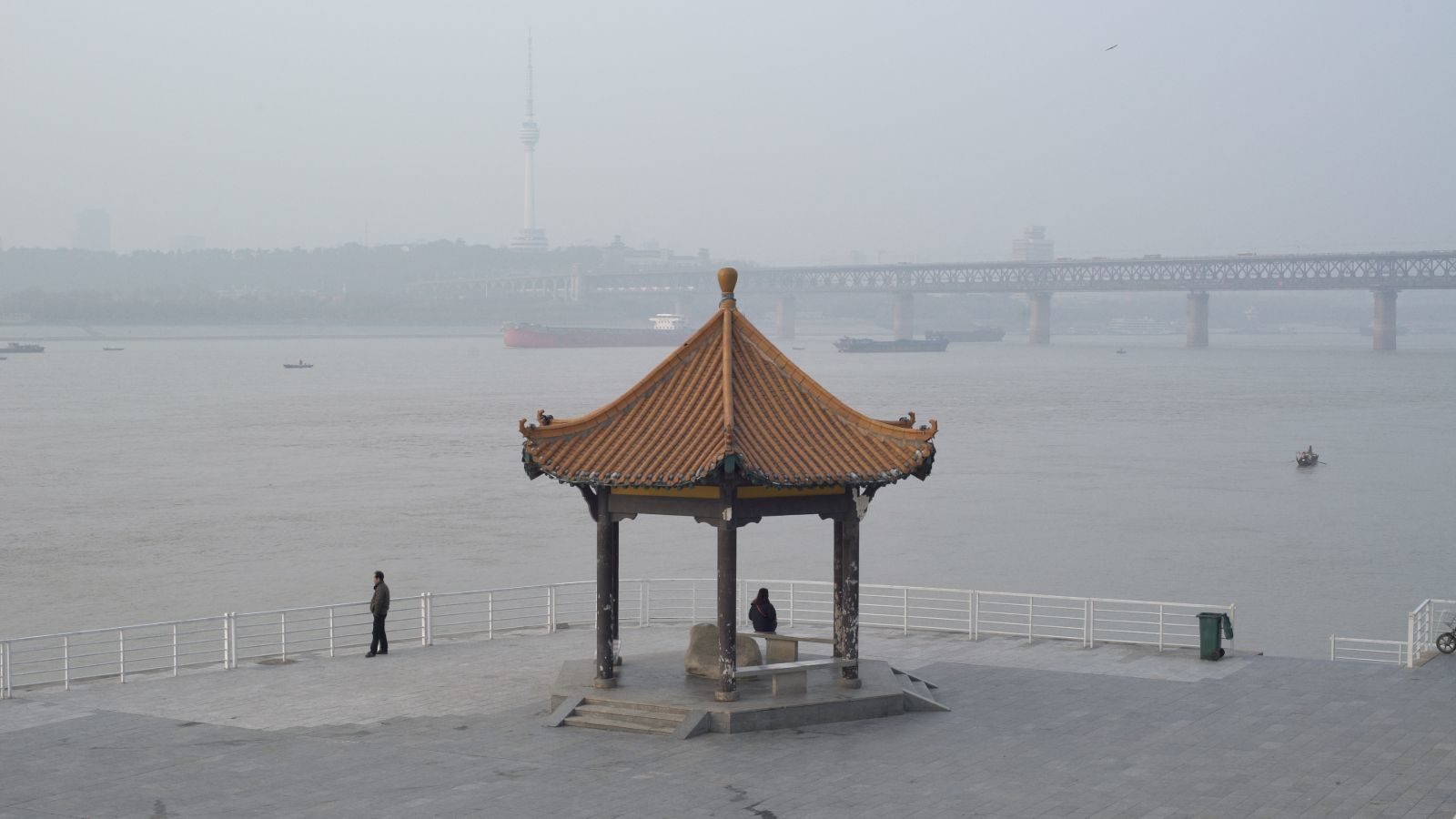 The river in Shengze Zhu’s fourth feature A River Runs, Turns, Erases, Replaces is not an ordinary river. It’s the longest in Asia and located at the heart of Wuhan, the city known as site of the coronavirus outbreak. But A River Runs is not exactly about the pandemic and how it affects Wuhan. The director treats the film more as an ode to her hometown, its people, and the fast-changing landscape that happens around the Yangtze River.

Filmed from 2016 to 2019––with additional CCTV clips taken in 2020––A River Runs contains 87 minutes of footage of Wuhan seen from a number of corners of the city: a construction site, a beautiful skyline across the river, high-rise buildings, colorful bridges, highways, riversides where people gather to see a light show. Yet, despite only being a series of footage sans much narrative, there’s a feeling, even sadness, through each shot. And this is achieved mostly because of how Zhu establishes the order of footage. Instead of moving forward in chronological order, A River Runs proceeds in reverse from 2019 to 2016, which in the end provides it with a sense of longing for the past.

Zhu opens with a security camera feed of a shopping corner in Wuhan during the city’s first lockdown. It’s February 8th, 2020, two weeks into quarantine, and the streets are empty, though as weeks go by we see some mailman biking around to deliver and some people in hazmat suits cleaning the street. On April 4th, 2020, as seen from the time stamp on the left corner of the screen, the lockdown is lifted, and there’s a tribute to honor victims of the coronavirus. Figures in masks stand still for three minutes while sounds of sirens and car horns can be heard in the background.

River then pivots to the footage Zhu shot herself during visits to Wuhan (the director moved to America in 2010). Each frame is composed in long takes, most taken from areas around the Yangtze River, a place where Wuhan’s rapid evolution can be seen easily. History and memories of the city are being erased by this progress, and the film becomes some sort of eulogy grieving what was lost in the name of development.

Though there’s no spoken dialogue throughout, there are four heartbreaking letters being read through voiceover, adding a sense of regret and loss that Zhu is trying to capture in the first place. Each letter is a message from a family member to their relative who passed away from coronavirus, though it could as well be a letter directed to the transformation of the city. At the center of all these losses and the city’s evolution is the Yangtze, and by the time River ends you’ll realize it’s a symbol of life itself. It goes on and keeps flowing and moving forward despite all the pain and changes that happen in our lives.

A River Runs’ monotone, unhurried storytelling might put off some, but stay long enough and its poetic, melancholy nature can induce awe.